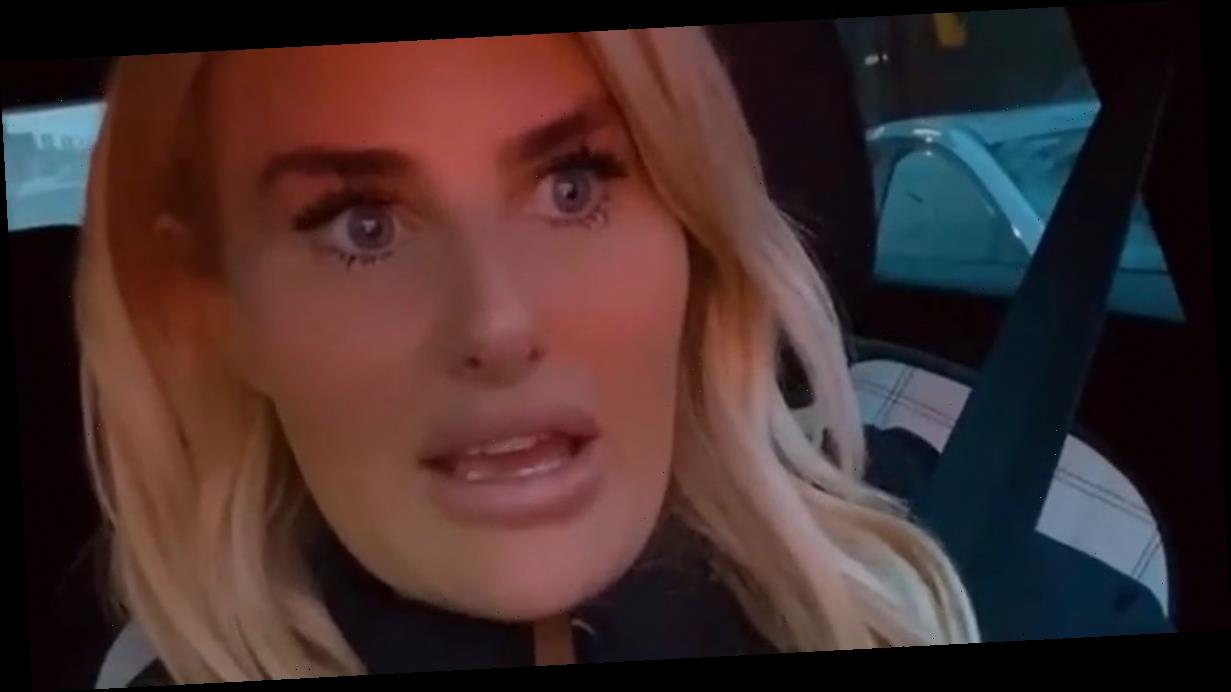 Danielle Armstrong broke down in tears on Instagram as she revealed cruel trolls had branded her a “bad mum” after she mistakenly used her daughter’s car seat incorrectly.

The former TOWIE star, who is a mum to nine-month-old daughter Orla with fiancé Tom Edney, took to Instagram Stories to defend herself – explaining she had to buy the tot a new car seat because she had outgrown her old one, but was accidentally using it wrong.

“I’m going to address something because you might be a person who has actually messaged me if you’re watching this. Do you know what? I could actually cry. I’m not going to because it’s embarrassing. Oh my God, why do I feel like I’m going to cry?” the 32 year old told her 1.3 million followers.

“Basically, we had to get a new car seat for Orla because she was definitely growing out of it. She’s quite a big weight for a baby and we got a new car seat. Usually we go to a lovely little place that’s open where we bought our pram from before and car seats.

“When you’re new parents, I know it sounds silly, but you just don’t know things. We did have help before when we bought our last car seat and pram and they tell you how to do it up and all of this.

“So anyway, we had to order online a car seat for her because she’d outgrown the other one. We basically had it facing the wrong way.”

She continued: “I didn’t realise we’d done anything wrong. For some reason I thought it was based on the weight. I’m blaming Tom, but I can’t blame Tom because I didn’t know.

“Tom’s put the car seat in and we had it front facing. The other way around. It’s only been a few days. We only got it like four or five days ago. We had it front facing. I’m showing Orla off yesterday and I’ve looked on Instagram and the amount of abuse I’ve had. There’s even a Facebook group apparently where someone’s screenshotted it and said how disgusting I am as a mum.

“I’ve got millions of followers. I do feel responsible, but at the same time, I’m just a mum.”

Danielle, who recently showed off her body transformation eight months after giving birth, then stopped filming before posting another clip of her wiping her tears away.

She said: “I’ve actually just got upset. I didn’t want to put it on here because it’s just too much. We’re just new parents. Tom didn’t read the sign, he got it wrong. I’ve had a go at him because I’m like, ‘I should have known.’

“Especially in lockdown, you’re not seeing friends, you’re not seeing family. Some of you as well, by the way, have sent nice messages just saying, ‘Just to let you know you’ve got your car seat the wrong way around.’ Which is fine, but some of the abuse.

“Tom was like 'put it on here and show the abuse you get it'. But I can’t even be bothered. I don’t want to. Some of the people calling me a bad mum, saying I’m disgusting, I’m not fit to be a mum. And then someone putting it in a Facebook group.”

She later added: “It’s just one of them things. The truth is we ordered a car seat, no one is to blame. Tom put the car seat in, he didn’t read it, but I should have known as well I suppose. This is what happens when you’re new parents. I do get emotional on here. I’m not perfect. You’re going to make mistakes. I don’t know. Anyway, I’m just going to leave it. I would never do anything intentionally would I?

“I have got feelings and all of this is new experiences for me. That’s all I’m going to say really. She’s now facing the correct way.”