One of the most anticipated presumed Oscar contenders, and one of the very few remaining to debut before year-end, dropped last night with the first screening of Academy Award winning director Damien Chazelle’s Babylon. Paramount’s big Christmas release, and hopeful awards magnet chose the Academy of Motion Picture Arts and Sciences’ Samuel Goldwyn Theatre for the unveiling in front of entertainment pundits, industry members, and most importantly guild and Oscar voters, a perfect venue with both sides of the massive screen bookended by those imposing large Oscar statues. In addition to the screening there was a post Q&A with Chazelle and stars Brad Pitt, Margot Robbie, Diego Calva, Jean Smart, Jovan Adepo, Li Jun Li, and Tobey Maguire followed by a dessert reception in the lobby.

Reviews of the December 23 wide release are embargoed for at least a month (Paramount has not chosen the exact date yet but expect mid-December at the earliest), but the studio was encouraging social media reaction – and got it with some mixed twitter response and instant analysis from awards pundits, but from my own unscientific survey among actual Oscar voters I talked to (and there were quite a few ready to offer up their opinions), it was largely an enthusiastic reception for the movie that takes some very big swings. Expect it to run the whole gamut of opinions as it goes forward this season.

The 3-hour, 8-minute film follows the stories of several characters at the top and on the fringe of Hollywood circa 1926, beginning with the end of the silent era and just as talkies became all the rage with the debut of Al Jolson’s all-talking The Jazz Singer the next year. Pitt is a John Gilbert-like major silent star navigating a changing industry, and on a downward trajectory with the advent of sound. Robbie is a breakout Clara Bow-style new star on a party-hopping coke-induced unstable path to success. Mexican discovery Calva is the actual lead here, a young man who arrives on the scene, falls under the spell of both as he observes (and stares a lot at the raucous goings-on), and then on his own rollercoaster ride finds himself moving up the ladder of success and all that costs to get there. 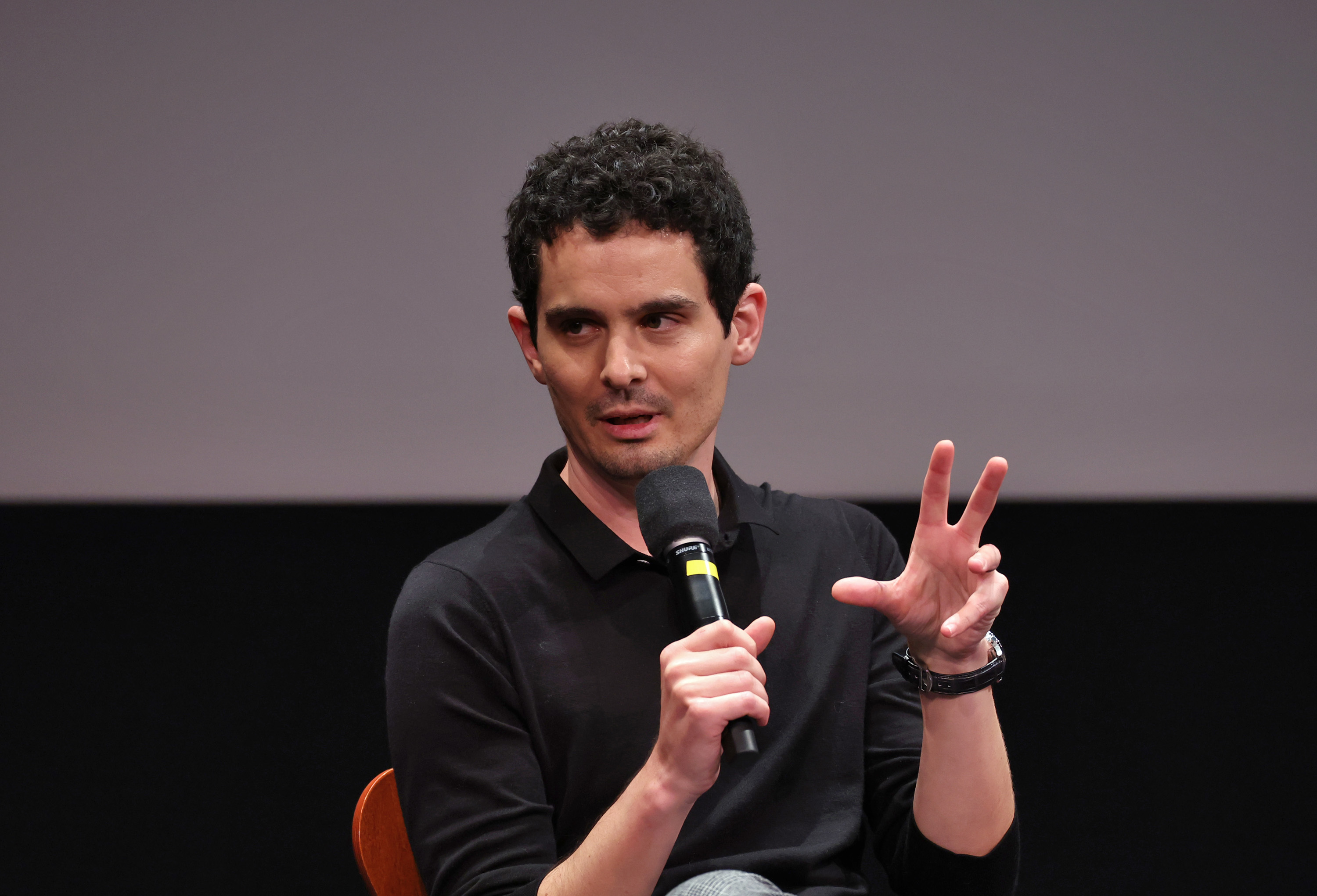 It is a long and winding road for all the characters weaved in and out of this tapestry, and Chazelle who previously dealt with Hollywood dreamers in his Oscar winning La La Land, found some rich territory in movie history to spin off what, for at least the first two thirds, is a pretty entertaining comedy that then takes a dark turn in its final act. “I think the initial germ of it was that I have been a fan of film history for some time, especially getting to know the particulars of sort of the early pre-history of Hollywood, American film industry, Los Angeles as a city,” the director explained during the Q&A. “I remember reading about this weird phenomenon towards the end of the 20’s. There was this rash of suicides, deaths that could have been suicidal, drug overdoses, a little bit coalescing with the drug epidemic going on at the time, and then digging into the fact that it sort of coincided with a kind of transition I saw depicted in Singin’ in the Rain and whatnot,” he said of the post-silents period leading to tragedy for many who found they couldn’t move comfortably into that new era of sound pictures. He began looking at that type of behavior, much leading to recklessness and debauchery that was a hallmark of the town at that time. He pointed to D.W. Griffith’s masterful silent, Intolerance as another inspiration. 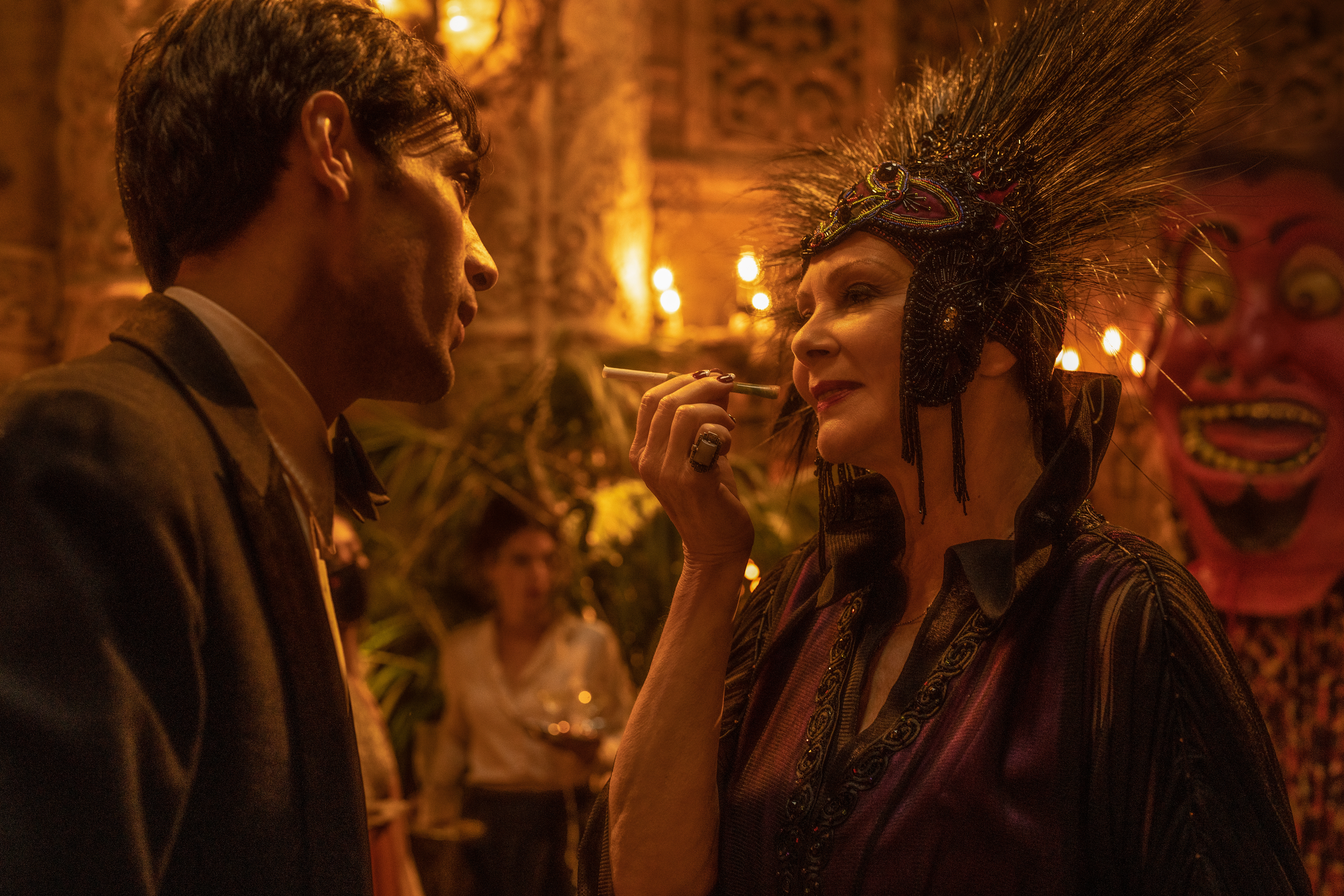 A lot of unhinged sheer orgiastic-type party scenes with mounds of cocaine, sex acts, even an elephant, and moral collapse are on generous display in the first 30 minutes, even before the title card of the movie’s name appears on screen. Considering this was all shot during Covid madness, the sheer numbers of background players doing extremely naughty things in the party scenes is impressive. “I was thinking thank God we have some really uninhibited extras in Los Angeles,” laughed Smart as she described the general “insane” mayhem of the scenes. The audience at the Goldwyn seemed to be with it right from the start, some sequences drawing big laughs including a bravura high pitched comical set piece where Robbie’s character attempts to pull off a simple entrance in an early talkie as everything seems to fall apart with the sound team and crew including a manic director played to the hilt by P.J. Byrne.

Talking to Academy members afterward, I didn’t find many who weren’t impressed in one way or another by the sheer craft, the risky narrative, and the “wild ride” the film took them on (“wild” was a word heard often). One producer went so far to call it “easily the most ambitious and best film this year. Nothing comes close”. Others were not as effusive, but I couldn’t find many detractors, at least in the immediate post-coital embrace of Chazelle’s latest. A top Paramount executive, very high on the prospects for the film, predicted even those on the fence will find themselves unable to get it out of their head by the next morning.

Chazelle has a great track record with the Academy. Both Whiplash and La La Land took many Oscars, three for the former and six for the latter, while both were up for Best Picture. His most recent, 2018’s First Man, took a Visual Effects Oscar. There can be no doubt that the production value here with costume design, production design, cinematography, editing, sound, makeup and music (from Justin Hurwitz – double Oscar winner for La La Land and a Chazelle regular) could all pile up nominations. Whether it will crack the Best Picture race and directing and writing remains to be seen, but Oscar voters have shown enormous love for movies about their own industry, so this crowd is likely to be responsive, if any crowd is. All you have to do is look at Best Pic winners like The Artist, Argo, Birdman, etc. (and very nearly La La Land). 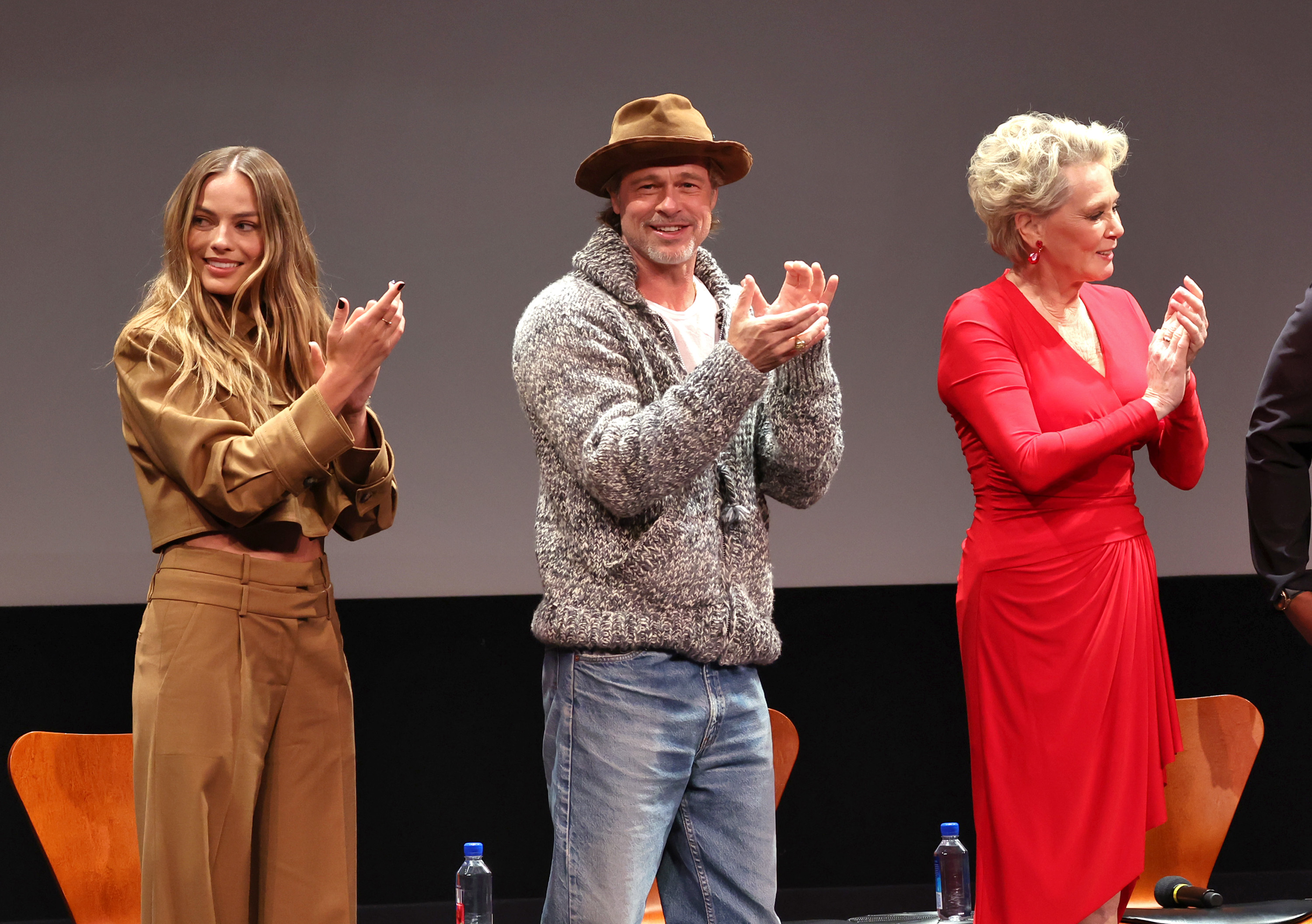 As for possible acting nominations, Robbie has the showiest role and goes all in. Lead Actress is tough this year but she’s putting it all on display in an impressive turn so she will have supporters. Calva’s Manny gets a slow build but socks it home by the end. But perhaps the single best written and performed scene, for me at least, was between Jean Smart’s feared gossip columnist and Pitt’s fading movie star as she brutally gives him the truth about his career. Though she is in the film throughout, this is the one scene where Smart really gets her moment and the actress delivers it chillingly. Supporting Actress is tough this year, but there could be a place for her. Pitt, here ‘Once Upon Another Time In Hollywood, is really impressive, underplaying much of it, but giving a funny, wise, and ultimately poignant performance that deserves to put him back in contention. The studio will campaign him for Supporting, feeling the lead is actually Calva. Maguire, by the way, is truly creepy and certainly memorable in his scenes that come toward the end.

Paramount should be commended for still being a studio willing to go out on a creative limb with a movie like this. They have a long history of backing films about the business we call show, particularly the movie side of things with the likes of The Last Tycoon, The Day of the Locust, even the fairly awful Won Ton Ton The Dog Who Saved Hollywood. Of course the crown jewel in this “genre” was Par’s 1950 wickedly funny masterpiece, Sunset Boulevard from Billy Wilder. Babylon doesn’t reach the heights of that one to be sure, but it is guaranteed to get you talking.

Mel Gibson Won’t Be Testifying In Harvey Weinstein’s L.A. Rape Trial After All