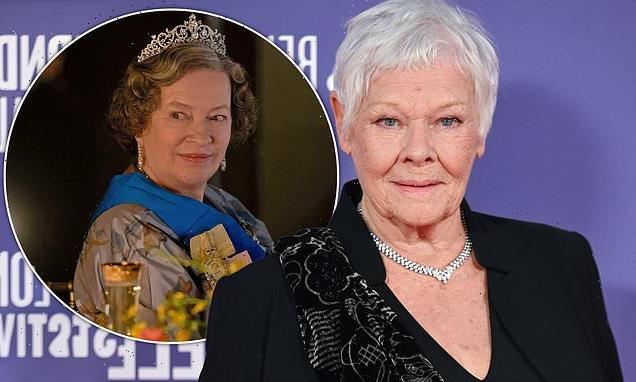 The esteemed actress, 87, is said to have been sent a script while talking to the royal drama’s producers about taking the role of the Queen Mother – a character which was eventually taken on by actress Marcia Warren.

And the revelation comes after Dame Judi branded the series’ plotlines ‘cruelly unjust’ as she slammed the show, blaming it for crude sensationalism. 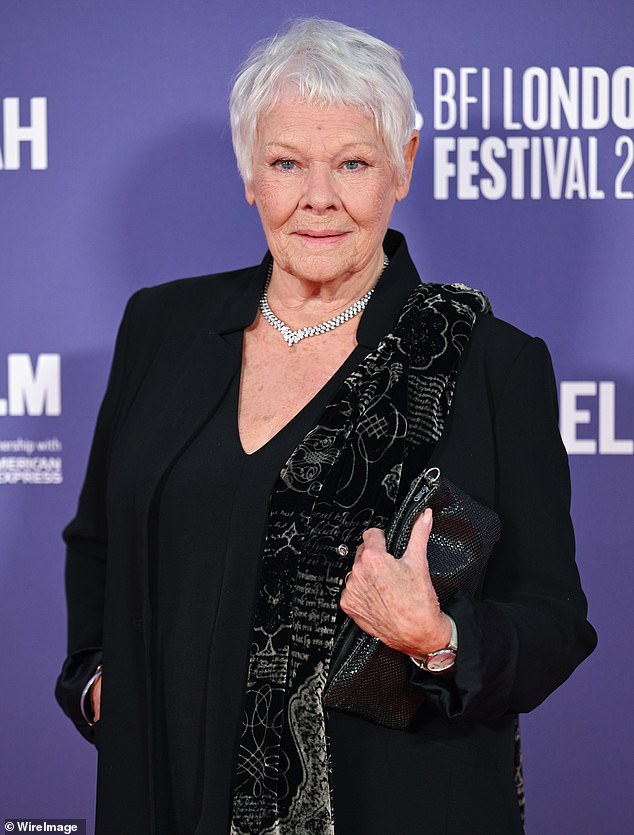 Dame Judi Dench, 87, reportedly had serious talks to join season five of The Crown… before branding the royal drama’s plotlines ‘cruelly unjust’ in a letter to The Times this week (pictured earlier this month)

According to The Times, sources alleged that both The Crown and Dame Judi were ‘taking it seriously’ when in talks for her to join season five.

But the publication noted that there was conflict between the actress and producers over the Queen Mother being a relatively small role for the star, alongside disputes on the size of fee she would get for the role.

The Crown ensures that whichever actress is playing Queen Elizabeth II in the show, currently Imelda Staunton, receives the highest level of pay.

Dame Judi, who has played Elizabeth I and Queen Victoria in past roles, also has a close relationship with the royal family and often fronts events – such as this year’s Jubilee celebrations – leading to worries she could damage their friendship. 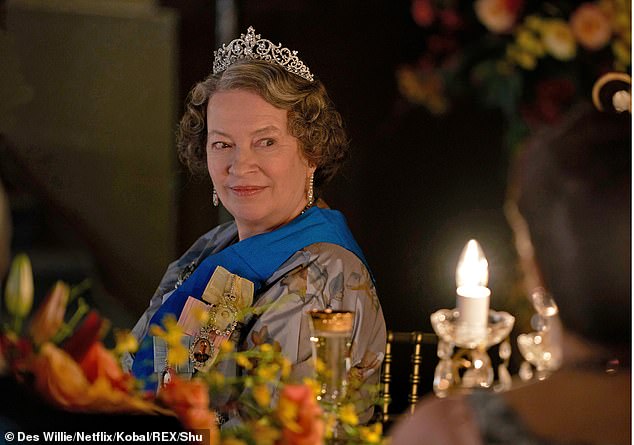 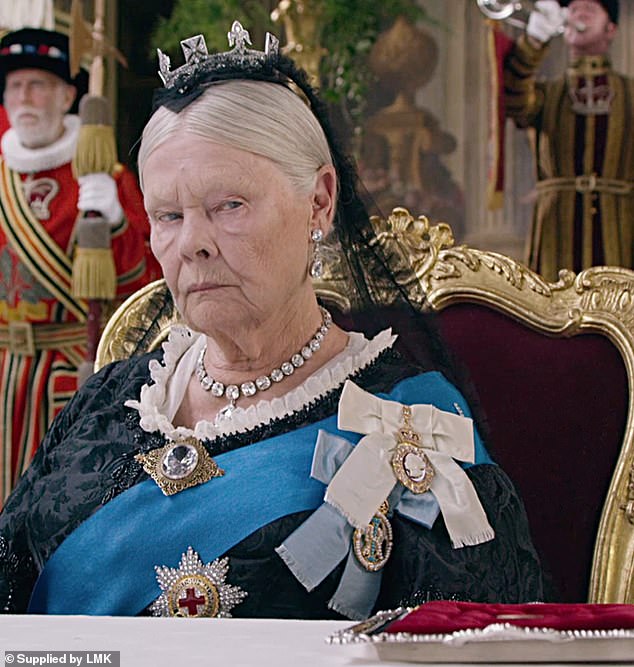 Experience: Dame Judi Dench has played Elizabeth I and Queen Victoria in past roles

But it seems a surprise that the Oscar-winning actress was considering joining the show for it’s fifth season, as she wrote a strongly worded letter to The Times slamming the series just last week.

She blamed the Netflix hit for ‘crude sensationalism’ and blurring fact and fiction in a dramatic intervention in the row over the show’s rewriting of history.

In a letter, she called on Netflix to display a disclaimer at the start of each episode to say it is ‘fictionalised drama’.

She said it would also show respect for the bereavement suffered by the Royal Family and the nation. 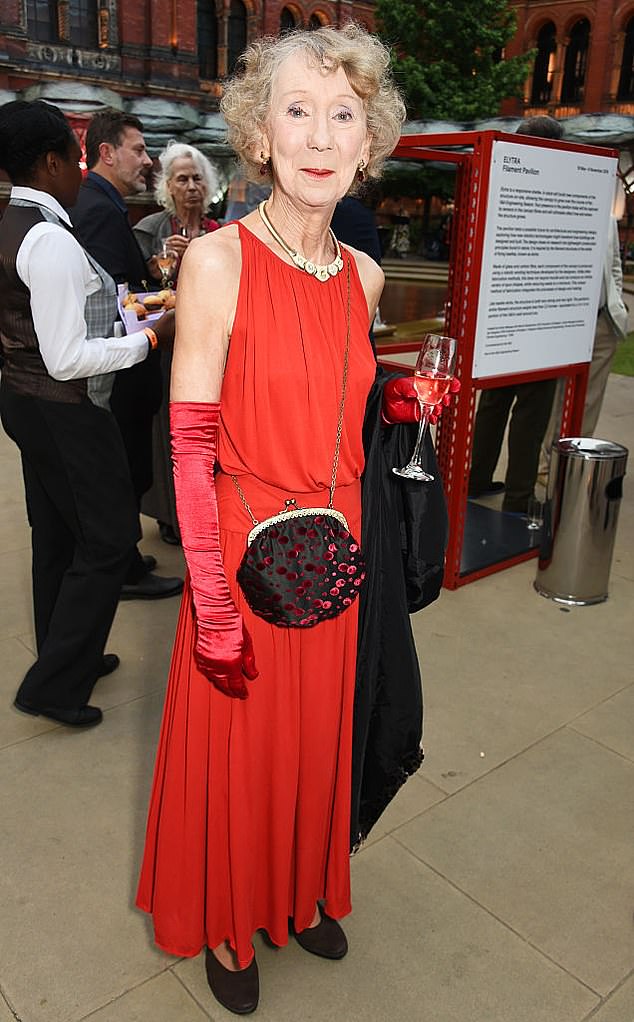 Taken it on: The role she was in talks for was eventually taken on by 78-year-old actress Marcia Warren (pictured) 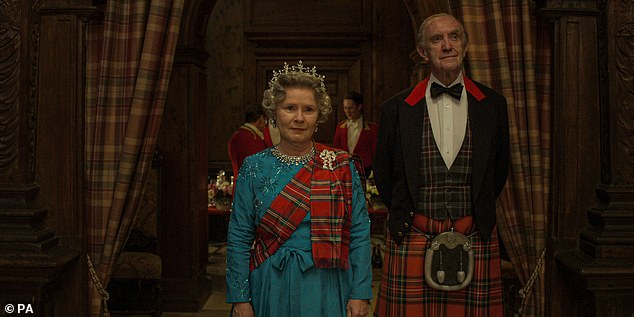 Not a fan? Just last week, Dame Judi blamed the Netflix hit for ‘crude sensationalism’ and blurring fact and fiction in a dramatic intervention in the row over the show’s rewriting of history

Dame Judi, who was made a Companion of Honour in 2005 said she was stung by reports that the latest series would include scenes of Prince Charles lobbying to force his mother’s abdication.

She fears it will give an ‘inaccurate and hurtful account of history’.

She wrote: ‘The closer the drama comes to our present times, the more freely it seems willing to blur the lines between historical accuracy and crude sensationalism.’ 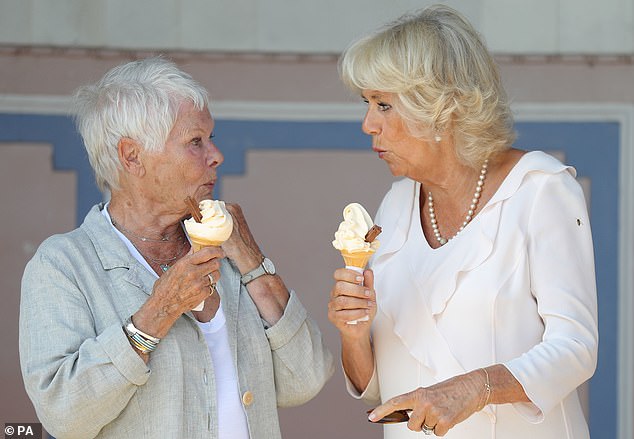 Inner circle: The screen star has a close relationship with the royal family, often attending events and engagements (pictured with now Queen Consort Camilla in 2019)

Netflix has faced a backlash over the latest series, which is due to be screened next month. But it has repeatedly resisted calls for it to carry a disclaimer.

Series five will cover 1991 to 1997, including the separation of Prince Charles and Princess Diana. It is expected to include fictionalised scenes showing Charles, played by Dominic West, lobbying then-prime minister Sir John Major over the potential abdication of his mother. Sir John has described the scenes as ‘a barrel-load of malicious nonsense’.

Dame Judi warned such scenes would be ‘cruelly unjust’ and that there’s a danger that viewers would believe it presented an accurate version of history. 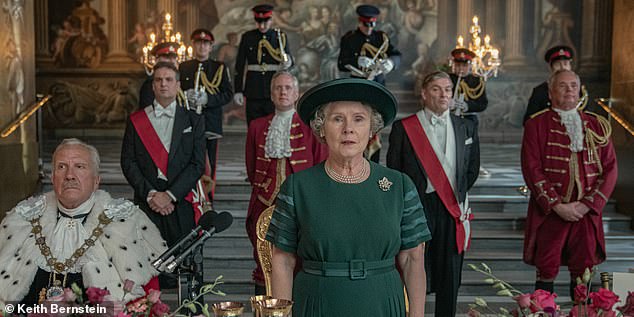 Real events: Series five of the show will cover 1991 to 1997, including the separation of Prince Charles and Princess Diana 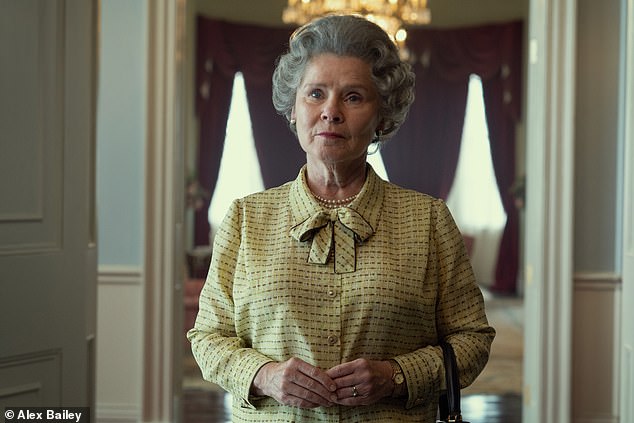 The Crown has a rule that no star on the show earns a higher fee than the actress playing Her Majesty, which is currently Imelda Staunton

She added: ‘No one is a greater believer in artistic freedom than I, but this cannot go unchallenged.

‘The programme makers have resisted all calls for them to carry a disclaimer at the start of each episode. The time has come for Netflix to reconsider – for the sake of a family and a nation so recently bereaved, as a mark of respect to a sovereign who served her people so dutifully for 70 years, and to preserve their own reputation in the eyes of their British subscribers.’

The Crown has been a huge hit for Netflix, and it now spends around £11.5million per episode.

Two years ago, the then-culture secretary Oliver Dowden asked Netflix for a ‘health warning’ on episodes so viewers would know scenes were fictionalised, but Netflix refused. It defended the show this week as ‘fictional dramatisation’. 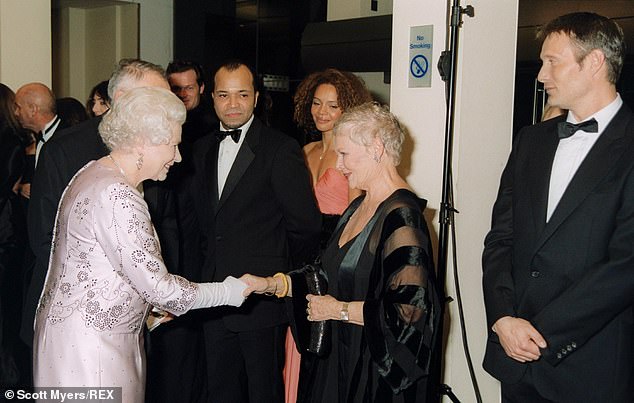