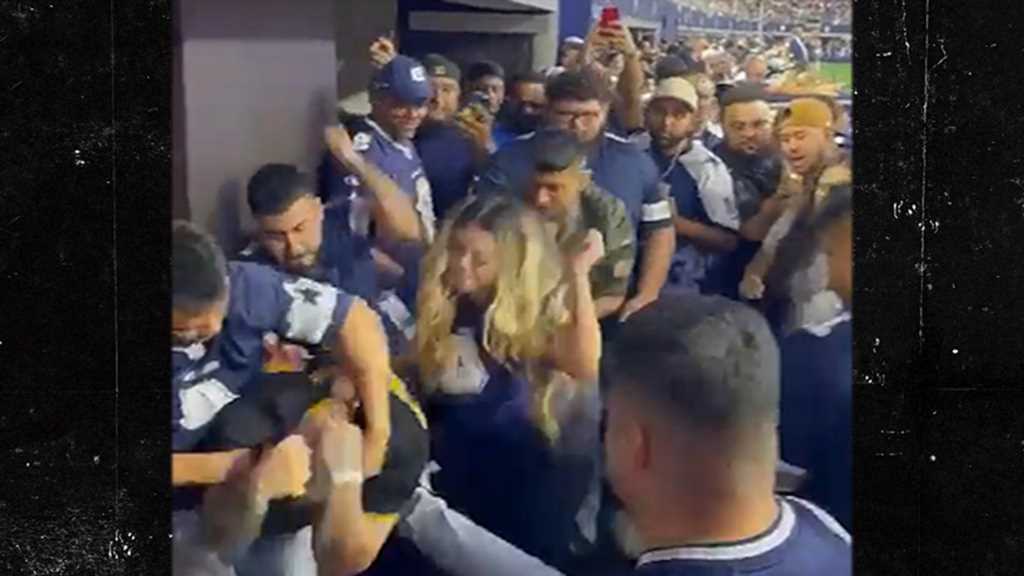 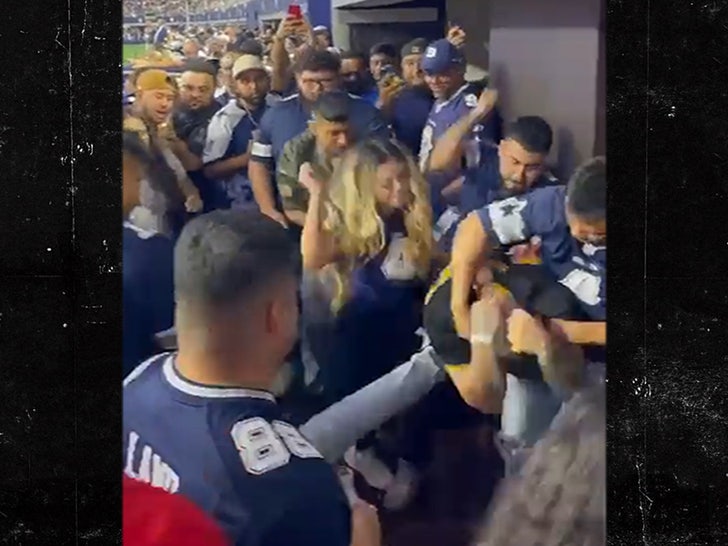 8:57 AM PT — The Arlington Police Dept. tells TMZ Sports … officers did respond to the scene and took an assault report. They added that one person involved in the fracas was ejected.

“Any criminal charges are pending the outcome of the ongoing investigation,” a police spokesperson said.

Several Dallas Cowboys fans ganged up on a man during their game against the Buccaneers on Sunday night — repeatedly punching the guy in the head before throwing him to the ground.

The wild altercation happened at some point during the Cowboys’ loss to Tampa Bay at AT&T Stadium … when several people wearing Dallas jerseys began heaving haymakers at a man wearing a black and yellow shirt.

It’s unclear what started the brawl — but video from the scene shows at least four people, including one woman, whaled on the guy before security stepped in to halt the action.

We’ve reached out to police to see if any arrests were made, but so far, no word back yet.

Fighting was seemingly commonplace at NFL games during the league’s opening weekend — because in the Falcons vs. Saints contest in Atlanta, one New Orleans fan threw a flurry of punches at a guy’s face in the concourse.

The series of swings all appeared to land flush — and it eventually led to a huge fracas in one of the corridors at the stadium. It’s unclear here, too, if anyone was arrested over the commotion.

Meanwhile, in the Raiders vs. Chargers game, a fight got so out of hand, a woman was actually socked in the face.

NFL officials have yet to publicly comment on all the violence in the stands at games.