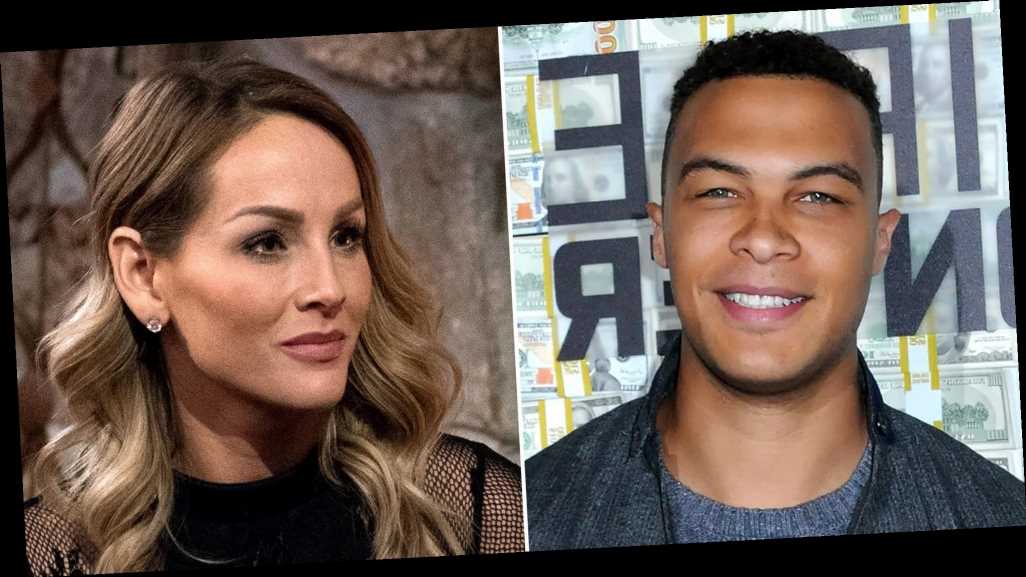 Clare and Dale’s Split: Breaking Down the Timeline

“So my sister messaged me and said she had a package waiting for me downstairs,” the model, 32, captioned a since-deleted Friday, January 22, Instagram Story video with Robyn Moss. “Popped up and surprised me. Hey, always. Family.”

Robyn, for her part, shared the same video on her Instagram Story, adding, “Surprise, surprise! Booked a flight last night to come surprise my brother today!”

Clare Crawley, Dale Moss: Signs They Were Headed for Split

Dale’s sibling defended him earlier this week. “I can proudly say, still until this day, NOBODY has had or will ever have my brother’s back like I do,” she wrote via her Instagram Story on Thursday, January 21.

Us Weekly confirmed on Tuesday, January 19, that the South Dakota native and Crawley, 39, split after getting engaged on season 16 of The Bachelorette. He addressed the breakup in a statement shared via his Instagram Story later that day.

“This is the healthiest decision for both of us at this time,” he wrote. “We strongly believe in leading with love and always remaining true to oneself — something our families have taught and instilled in us throughout our lives. We only hope the best things for one another.”

Crawley broke her silence on the situation on Thursday. “Speaking for myself, my intentions with this relationship have always been very clear, so the truth is I am crushed. This was not what I expected or hoped for and am still trying to process this,” she explained in an Instagram post, noting that their engagement was “not perfect.”

A source told Us earlier this week that the Bachelor alum “was the main cause for the breakup,” adding that the relationship “caused friction with Dale’s friends and family.”

Crawley is “a wreck” following the split, a second insider revealed. “She really fell hard for Dale and saw a future with him,” the source said, calling the relationship “really messy” toward its conclusion. “To have this all blow up in her face has been really difficult. The breakup was hard for the both of them at the end.”

Meanwhile, Eleonora Srugo’s spokesperson denied that the real estate agent had an affair with Dale. “Dale and Eleonora are and have been platonic friends for a few years,” Ronn Torossian told Us earlier this week. “They have never been romantically involved in any way. She was excited for his engagement and only wishes him all the best.”