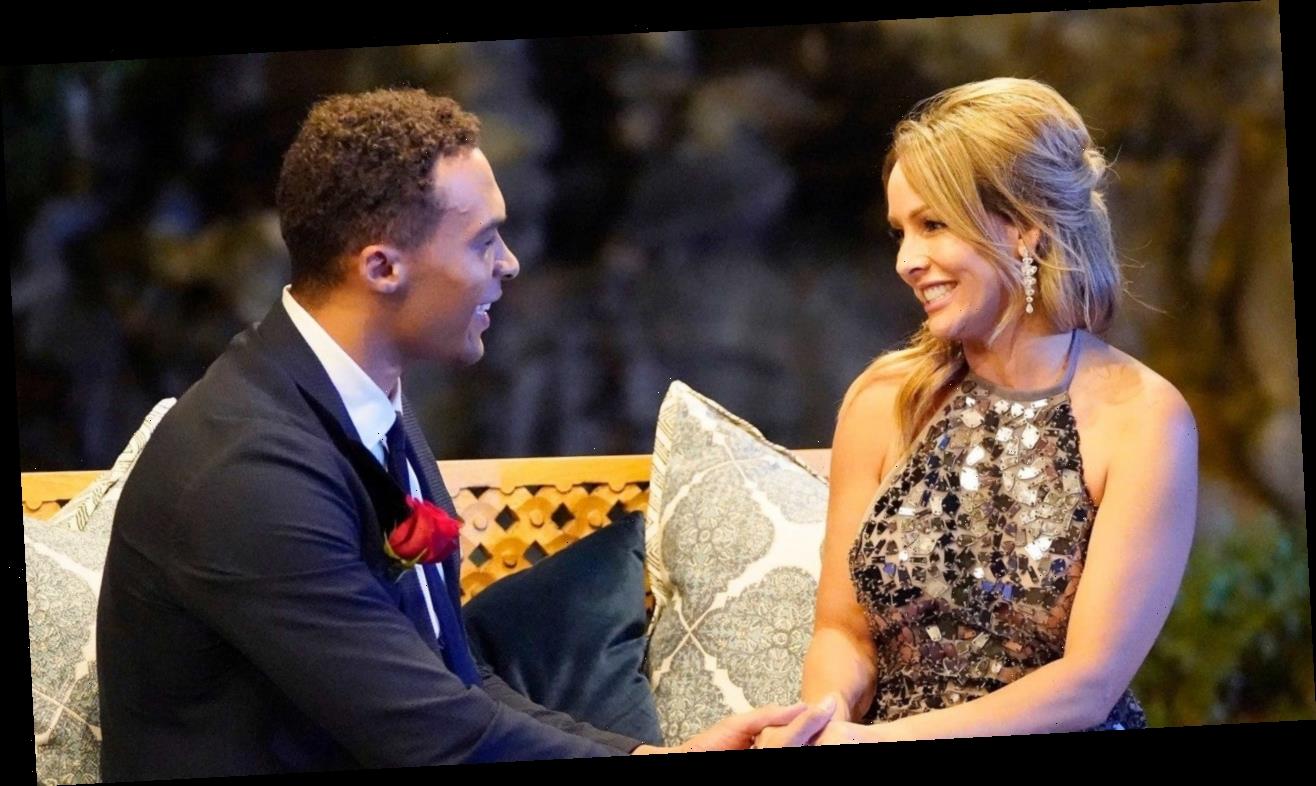 Dale Moss has more to say about his split from Clare Crawley. The Bachelorette alum spoke with his followers on Instagram Live on Saturday, explaining how he feels “f**king wrecked” over his and Clare’s breakup.

“I talk so much with family and friends about everything that’s gone on. This situation with Clare, it’s f**king sucked, you know,” Dale said. “And I think everyone looks for a right answer, a right way to handle these things, someone for guidance and there really f**king isn’t one.”

“This has f**king rocked me. I felt so many emotions, so much guilt, but also so much confusion, so much hurt, and I know that we both have,” he continued, wiping away tears. “And looking for so many answers before this even happened on how to make things better. But the reality of it is, life isn’t perfect. And we make mistakes. I’ve made a lot of them, I know we all do. My pops would always say you gotta hurt before you heal. I’ve been f**king hurting. A lot.”

Dale officially announced the couple’s breakup on Instagram on Jan. 19, just five months after they got engaged on The Bachelorette. Clare broke her silence on the split a few days later, saying she was “crushed” by his announcement.

The former football player has continued to speak to fans on social media, and said on Saturday that he wanted to let them know “this is real.”

“The things people go through is real. Understanding and what I’ve learned in this situation. Even if you feel low, it does get better. Also just thinking a lot about what I’ve wanted out of life. What I used to want and how things have changed so much this year,” he shared. “I just feel f**king wrecked and I thought the things that would make me feel better, the things I thought would make me feel better ended up making me feel worse.”

Dale concluded his video by admitting he’s aware of Clare’s struggle. “I know she has been f**king going through it. And whatever the case, I know that we will figure this out together, whatever it is,” he said.

Clare, meanwhile, spoke out in her own Instagram Live on Friday, revealing that she’s been having panic attacks and anxiety after her and Dale’s split.

“I was struggling pretty bad and I held it inside for a long time and I think it manifested in other ways, kind of built up and it was heavy and a lot,” she said. “I’m getting to the point now where I’m trying really hard to come back from that and make a U-turn because it’s a dark place to be in when you’ve got a lot of stuff compiled on each other.”

See more on Clare and Dale’s breakup in the video below.