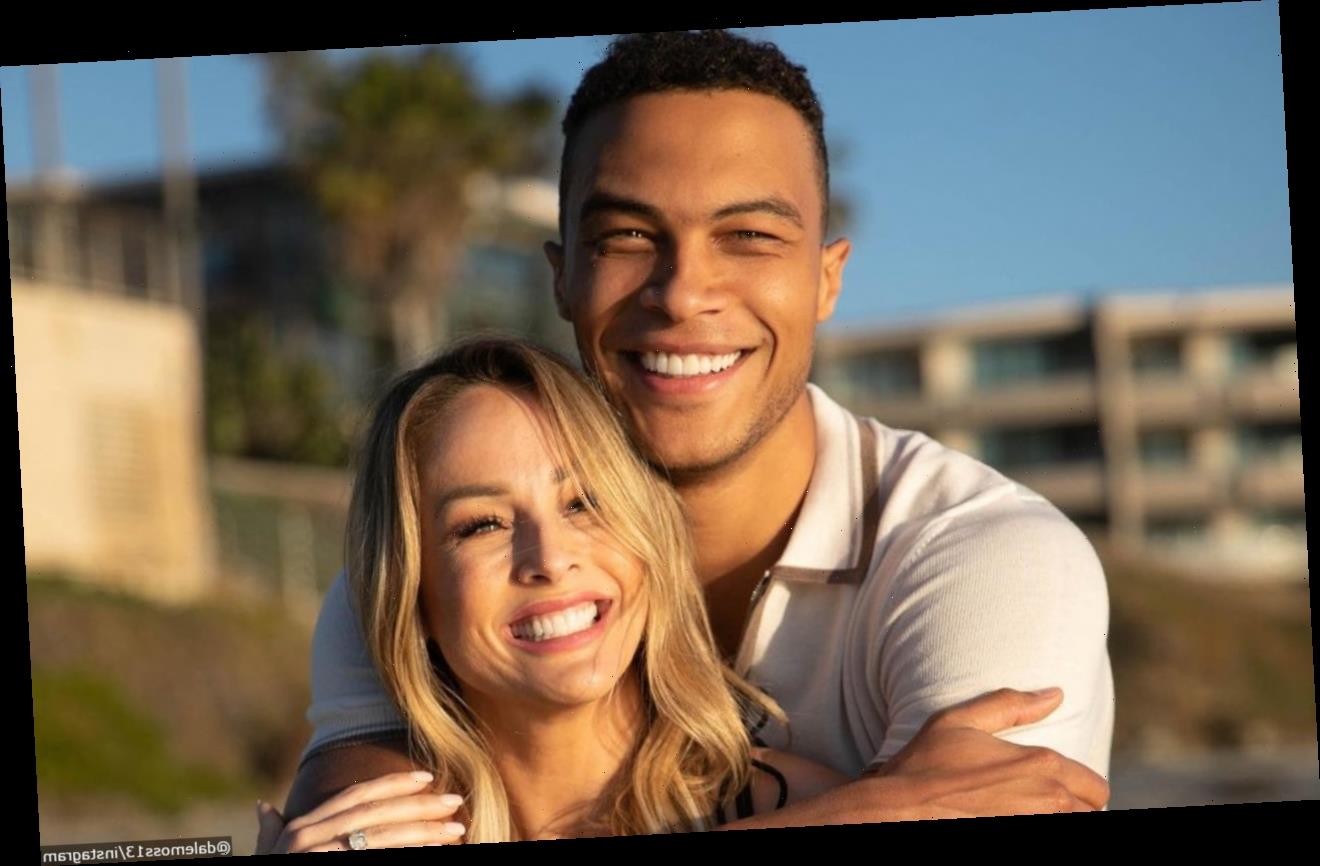 ‘The Bachelorette’ alum shares the post on social media just two days after he was captured hanging out with his ex-fiancee at Nokomo’s Sunset Hut bar in Florida.

AceShowbiz –Dale Moss appeared to have positive energy after reuniting with Clare Crawley. Just two days after he was caught on camera hanging out together with his ex-fiancee in Florida, “The Bachelorette” alum bragged about having “a lot to smile about.”

On Thursday, February 18, the 32-year-old made use of Instagram to share a picture of himself smiling ear-to-ear as he showed off his toned arms. In the accompanying message, he wrote, “A lot to smile about lately. #GodIsGood.”

The post came just two days after Dale was captured spending time together with Clare at Nokomo’s Sunset Hut bar in Nokomis. Some pictures obtained by TMZ displayed the former couple ordering drinks at the bar. They also allegedly hugged a few times.

Meanwhile, in footage taken by an eyewitness, the ex-footballer and the hairstylist could be seen walking side by side as they crossed the street in Venice on Tuesday, February 16. For the outing, she opted to go with a white tank top and black pants while her companion sported a brown T-shirt and black pants.

Dale went public with his breakup from Clare back in January 19. “I wanted to share with you all that Clare and I have decided to go our separate ways,” he declared on Instagram. Just days after sharing the news, his 39-year-old ex addressed their split by admitting that she was “crushed” and “still trying to process” it.

Later on January 25, Dale took to Instagram Story to detail their separation. “I know a lot of y’all have seen me smile on social media and say I don’t seem as hurt or burdened by this, but that’s the farthest thing [from the truth],” he first kicked off his lengthy message. “This time has sucked, and thank God that I have the friends and the family that I have, because they’ve literally had to carry me through the last two-plus weeks.”

“I love Clare and respect Clare enough to let her know how I feel, even if that’s against the expectations of everybody else, and it’s gonna take time,” he further noted. “I wanted nothing more than to make this relationship work, and I put my heart and soul into it each and every day. And I wanted nothing more than to build a healthy relationship.”