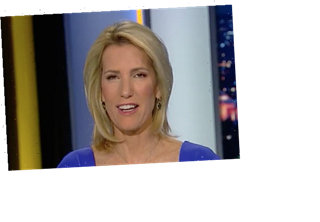 On Monday night, “The Daily Show” played a montage of Fox News clips from 2018 of Republicans accusing Democrats of not accepting the election results or conceding gracefully, just as the GOP is doing now by refusing to accept Joe Biden as president-elect.

“Democrats are being sore losers,” says Kayleigh McEnany in one clip from two years ago. “They refuse to acknowledge they lost the election, so what do they do? They cry malfeasance, wrongdoing, criminality, fraud…”

McEnany went on to become White House press secretary. Monday, she baselessly claimed Democrats are “welcoming fraud” and “illegal voting.” Fox News’ Neil Cavuto, in fact, stopped airing her briefing as a result, saying he couldn’t give her a platform to say that without any kind of proof.

The “Daily Show” montage from 2018 also featured Fox News primetime host Laura Ingraham wondering why, in her opinion, Democrats seem to be incapable of accepting defeat. Next came Newt Gingrich and Greg Gutfeld, both of whom accused Democrats of the same behavior being seen in the Republican party in 2020.

By Tuesday morning, President Donald Trump had still not accepted the results of last week’s general election, even as Biden has begun convening taskforces to smooth the administrational transition and get to work tackling the COVID-19 pandemic.

Watch the clip above.