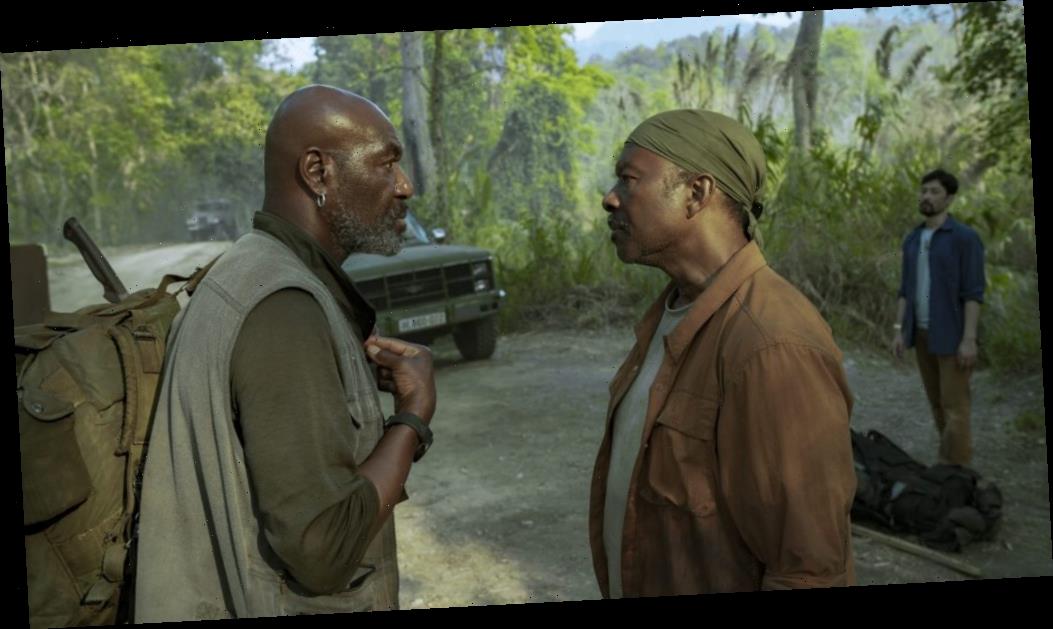 Spike Lee’s 1995 thriller Clockers, based on the novel by Richard Price, drew some of the best reviews of Delroy Lindo’s career, but astonishingly, it has taken 25 years for the duo to reunite, for the Netflix streaming hit Da 5 Bloods, and the results are just as incendiary. Cast against type, and almost over the actor’s dead body, as a MAGA-hatted Trump supporter, Lindo dominates a superb ensemble cast as Paul, a bitter, tormented Vietnam vet who reconvenes his old platoon to go looking for a cache of gold hidden in the jungles in which they once fought.

DEADLINE: It’s been a while since you last worked with Spike. When did you two first meet?

DELROY LINDO: I first met Spike at my audition for Malcolm X in New York. It was very, very brief. You know, it was not an introduction per se. He may have shaken my hand. I don’t remember. Denzel Washington was in the room, and Denzel and I read a scene or maybe a couple of scenes from Malcolm X together. That was in, I guess, 1991.

DEADLINE: How did your collaboration grow after that first encounter? 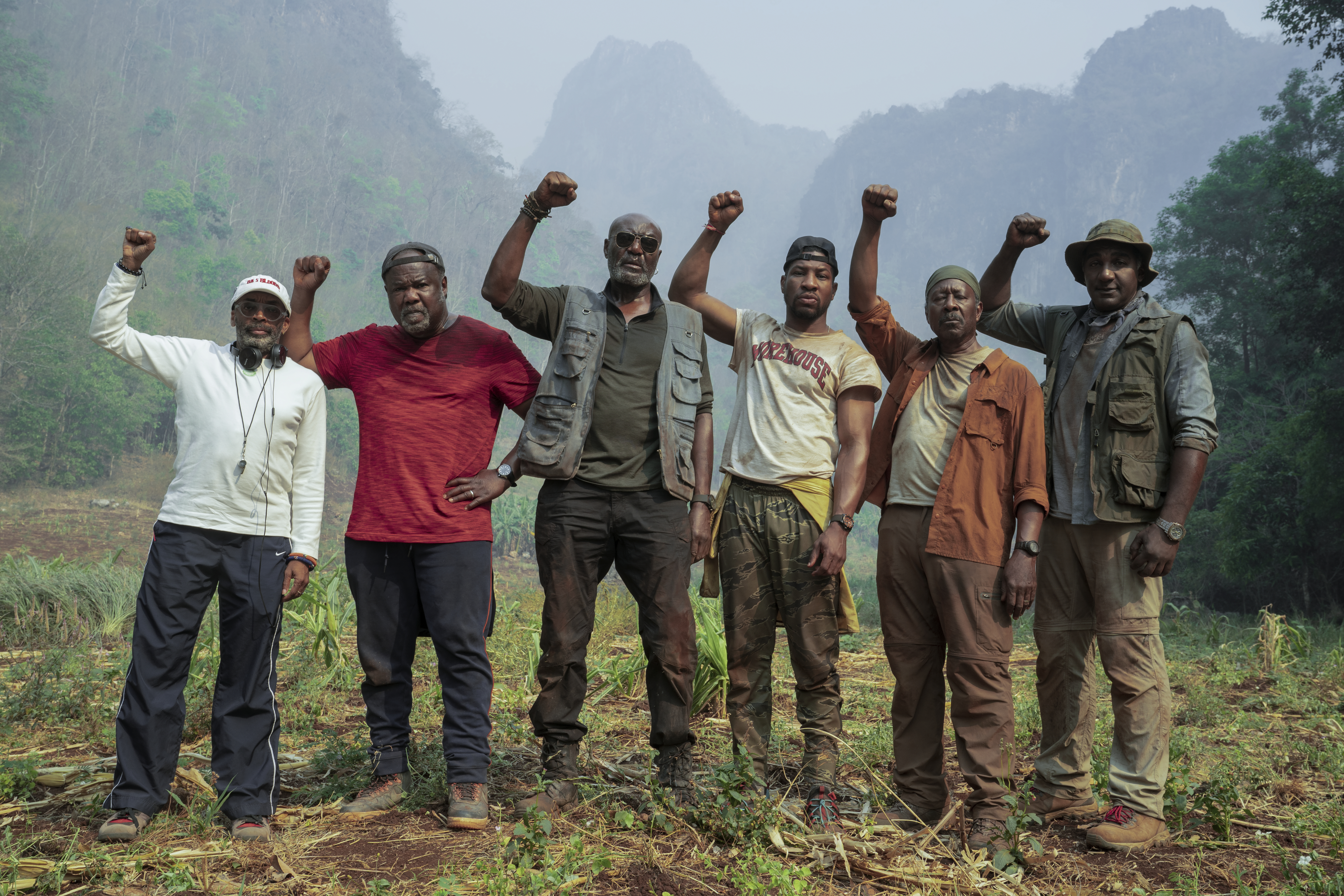 LINDO: It really was very organic-seeming. I remember, right before Malcolm X was released, Denzel called me. I had not seen it at that point, so I said, “Have you seen the film?” And he said, “Yes. I think you’ll be pleased.”That’s pretty much verbatim what he said. “I think you’ll be pleased.” [Laughs] And when I saw the film, I was really proud of my contribution. And I was also slightly taken aback that my contribution, as relatively short as it is in the film, impacted audiences in the way that it did. You know, it’s a three-hour-plus film, and I’m probably in it for, I don’t know, 10 minutes, 12 minutes. But the fact that it landed as it did and audiences responded to it, was really… “Oh wow,” It was wonderful.

DEADLINE: How did Da 5 Bloods come to you? 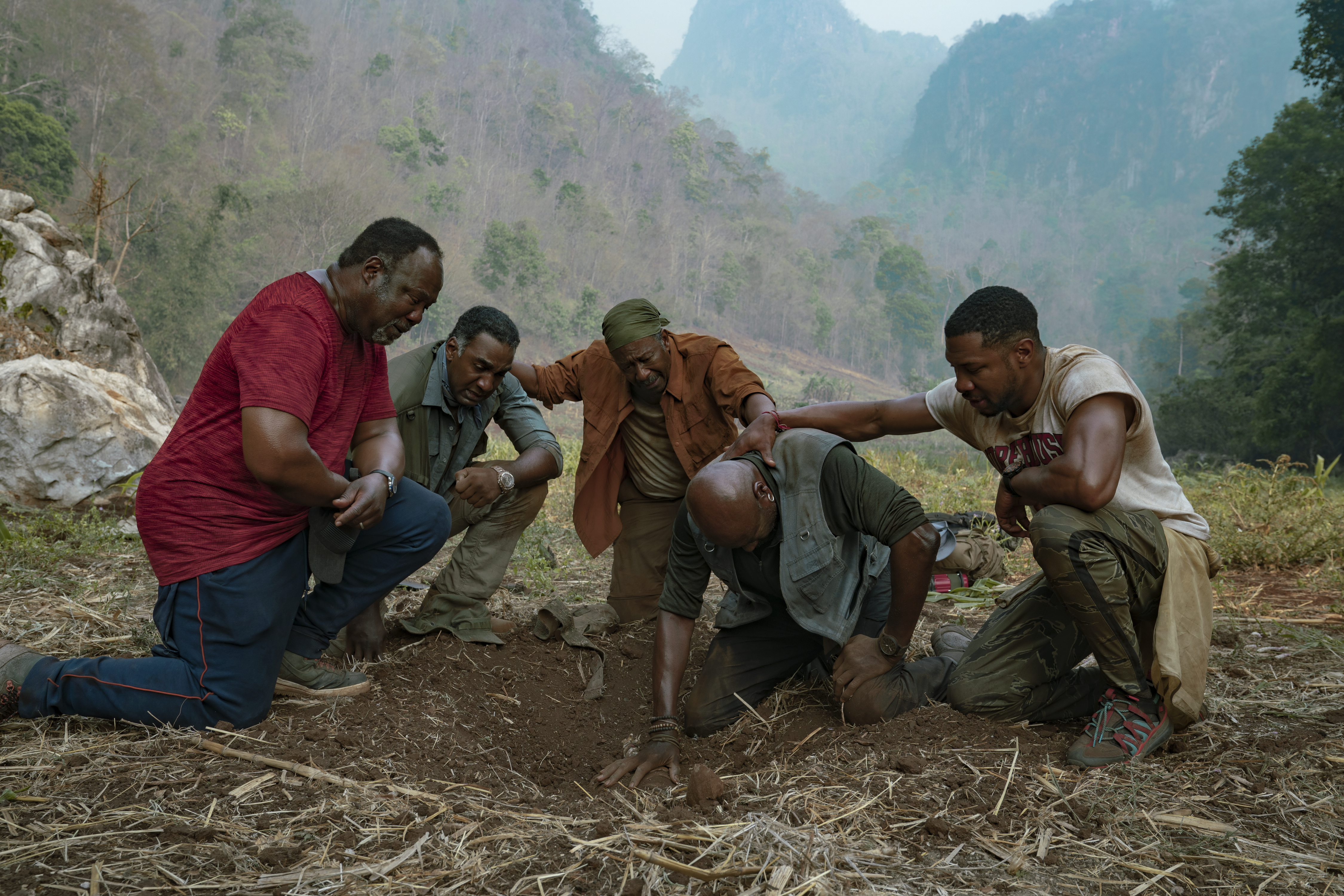 LINDO: I got a call from one of my reps saying, “Spike wants your phone number.” Which was a little surprising, because he already had my phone number. But anyhow, they said, “Is it OK if we forward your number to Spike? Spike wants to talk to you.” He called me a day or so later and said he had this film. I think he said, “What are you doing right now?” And I said, “I’m doing this TV series [The Good Fight].” He said, “I’m doing this film and I’m going to send you the script. I want you to read it. Let me know what you think.” I said, “OK. But, you know, Spike, I’m committed to this TV series.” And he said, “Don’t worry about that. Just read the script and let me know what you think.” He said, “The main characters in the film are called Paul, Melvin, David, Otis and Eddie. Who does that remind you of?” And I said, “Oh, that’s The Temps!” The Temptations, right? And he laughed. Maybe that’s how I got the part, man—that I got that quiz right. I don’t know.

DEADLINE: What did you think when you read the script?

LINDO: There were two things that I recall. One was that the overall arc of the story seemed large and classical to me. And when I say classical I mean, in the classic use of the term—Shakespearean, August Wilsonian. It was a big story. I’m sure you know, at this point, the reservation that I had about playing a Trumpite? I really had a problem with that, but we got past it fairly quickly. Probably after my third reading of the script, I recognized Paul as a big, classical part with an amazing emotional arc. I relished the prospect of playing him. And then also I loved the fact that it was these Black men… There’s a love story between these men, these compadres, and I was aware that audiences don’t get to see that. They don’t get to see Black men interacting lovingly. Of course, it’s fraught—we’re not all perfect. But I loved that also, because that, for me, was a manifestation of the very humanity that existed inside of the relationship. And also, I would say that I really relished the prospect of telling the story from the point of view of Black vets. Because we don’t get to be center stage like that, ordinarily. So, I responded to the material in those terms.

DEADLINE: How was the camaraderie on set? Had you worked with people like Clarke Peters, another of Spike’s regulars, before? How did you bond as Da Five Bloods? 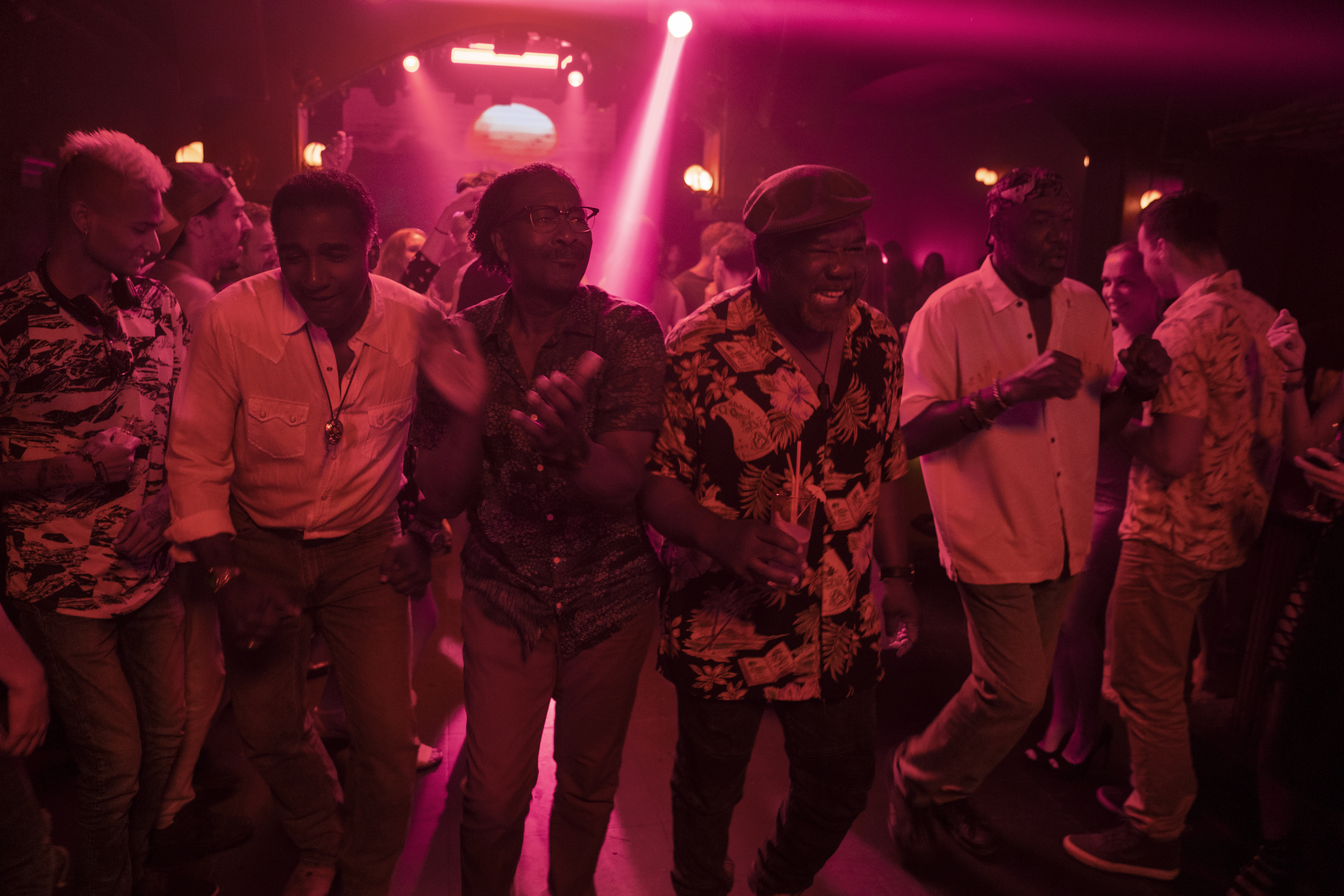 LINDO: We bonded extraordinarily well and effortlessly. I had seen Clark Peters on stage in London in 1997 in a production of Guys and Dolls. He played Sky Masterson. Other than that, I did not know him. I did not see The Wire—the only other work of Clarke’s that I had seen was [Spike Lee’s] Red Hook Summer. Isiah Whitlock Jr. and I went to acting school together in San Francisco in the late 1970s—Isiah was a year ahead of me. I’d seen him around New York, intermittently. Norm Lewis, I had seen in Porgy and Bess from maybe four or five years ago on Broadway. Jonathan Majors, I did not know at all. Obviously, I knew Chadwick Boseman from Black Panther and Get on Up, where he played James Brown. But the connection between us all was completely organic. It was very, very rich. And the bonding that took place off the screen, we then transported that into the work that we did for the camera.

DEADLINE: Could you talk a little about the amazing to-camera monologue you have in the jungle?

LINDO: The only thing Spike said to me, some weeks before we shot it, was that I would be speaking directly to the camera, which was fine. I didn’t really think anything about that one way or the other—just from a technical point of view, I understood that I would be doing it directly to the camera. Thankfully, we did not film that scene until five or six weeks in. And by that time—I want to believe—I was sufficiently conversant with Paul. I was sufficiently grounded inside of the work and grounded with Paul that the morning we shot the film, I was clear about how I wanted to approach the work. It was… I don’t want to say ‘effortless’ because I was working, obviously, but there was a flow inside of the work that I was very comfortable with. I actually overheard Spike say, “He’s in the zone right now. Leave him alone. Don’t bother him.” Which led me to believe that whatever I was doing was working.

DEADLINE: Why do you think Da Five Bloods struck such a chord in 2020?

LINDO: I think part of the reason that it’s resonated is that it’s landed directly in the middle of the zeitgeist, right? To the extent that the film opens with this sociopolitical and racial unrest, and we’ve just come through a year of similar sociopolitical and racial unrest—not only in the context of America, but globally. So, I think that it’s resonating for people from that standpoint, and also, it’s telling a story that has not been told—by which I mean that these vets are front and center, essential to the telling of his story. The component that I responded to is the fact that it’s, on some level, a love story between these men. All of those things, I think, are resonating for audiences. And in the final, final, final analysis, it is presenting these men in all of their humanity, including their flaws. So, I want to believe that, from the standpoint that these men and their humanity are being represented, all of those things are resonating for audiences. And broadly speaking, I believe the film has connected to the zeitgeist not only in America, but across the world in terms of the turmoil and the tumult that is happening. I think that that only accentuates the resonance—and the importance—of the film at this particular time.