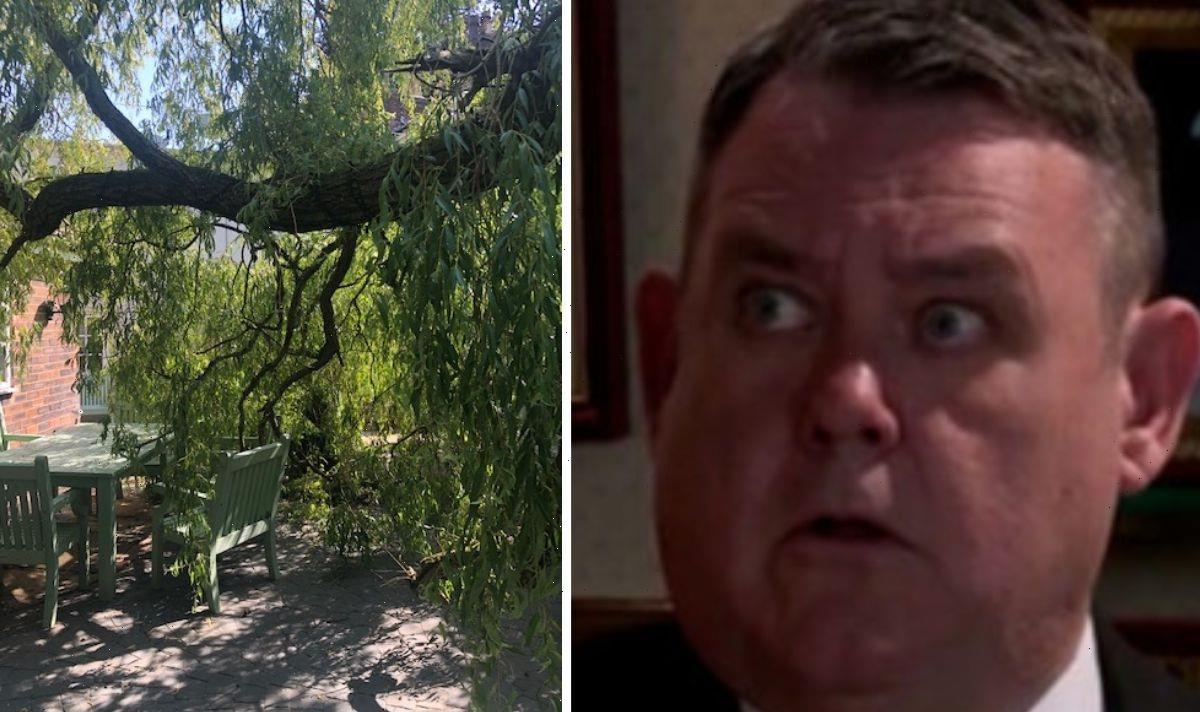 Tony Maudsley, who plays George Shuttleworth on the nation’s favourite ITV soap, took to Twitter to reveal that the huge tree outside his home had collapsed under the strain of the heat. Though Tony’s Coronation Street role is as an undertaker, he probably wasn’t expecting to dodge death himself after the near miss.

It just came crashing down… it’s a jungle out there!

He has passionately declared in the past that he hopes his character doesn’t meet the same fate as the people he prepares for funerals and end up “leaving in a box”.

And fortunately he wasn’t standing too close to the tree when the accident happened.
Posting a photo of the mishap to his 80,800 followers, he sympathised: “Too hot for our poor old beautiful weeping willow.
“It just came crashing down…luckily whilst I was in the house.”
He added: “It’s a jungle out there!! RIP willow!” 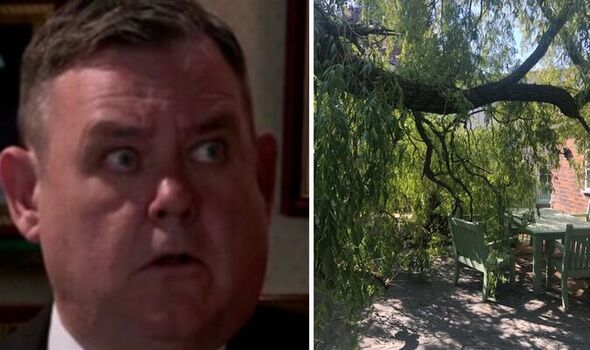 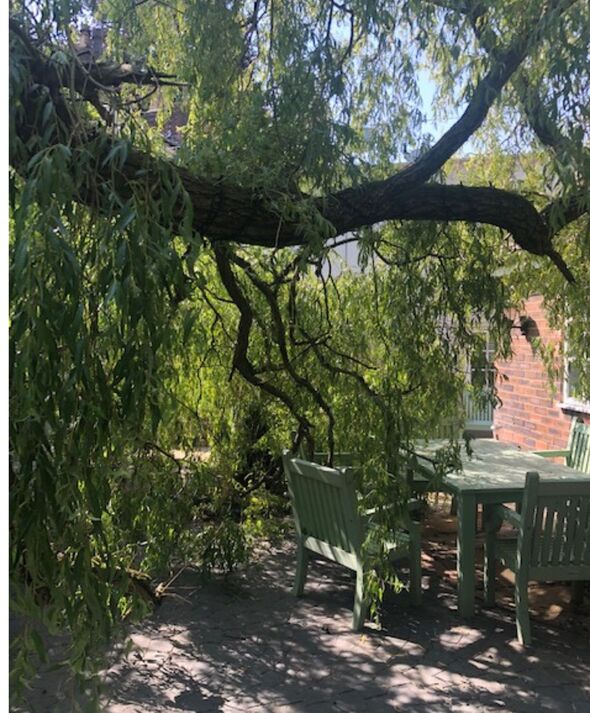 The heat has caused some dramatic situations, as fires raged through London and members of the public were warned not to use their barbecue equipment outside of their own gardens.
Train tracks have also buckled under the strain of the sky-high temperatures.
However Tony,  who inserted a tearful emoji to his post, might not have anticipated that the casualties of the heatwave could include the trees outside his house.
@katsitter shared her sympathies on the micro-blogging site, exclaiming: “Omg..’liked’ it as seemed a lovely photo then read the detail!” 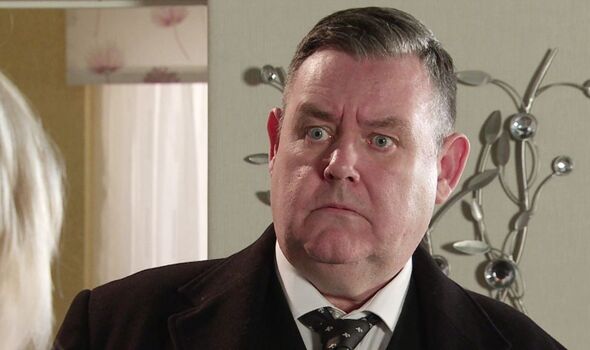 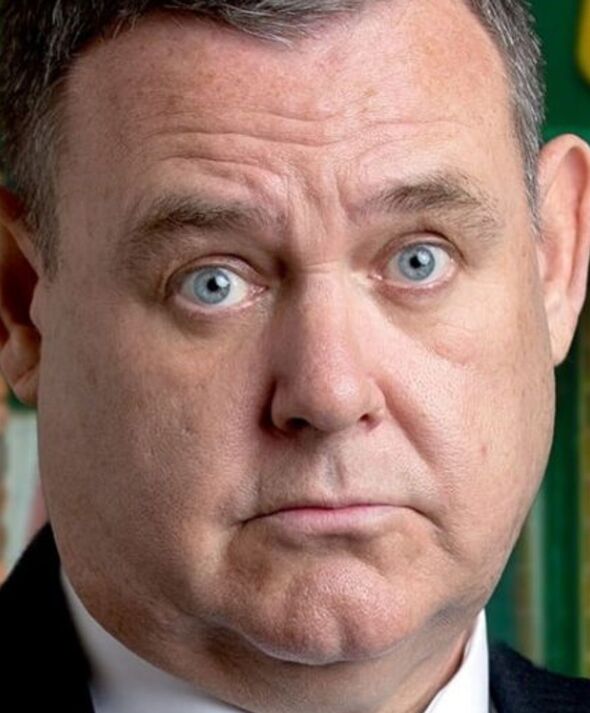 She added: “Lucky no one hurt but such a shame re the tree,
“Hope no damage to anything else..weather’s not helpful to nature or our moods!!”
@wraggywraggster echoed her sentiments, writing: “Gutted it came down, but glad you weren’t injured.”
@lucyspeed chimed in: “Oh no. We lost ours as a kid too. I love them. They have souls!”

@Suecunn7212074 added: “How lucky were you your guardian angel was defo on your shoulder.”
Tony has become a firm favourite among fans of Coronation Street after joining the show and beginning a relationship with cab officer worker Eileen Grimshaw (Sue Cleaver).
He touched viewers’ hearts when he confessed to his crippling shyness about his loud snoring, which almost led to him avoiding sleepovers with Eileen.
His unsuspecting love interest at first took it personally, believing he was hiding a much darker secret.

Meanwhile the romantic at heart was so determined to disguise his problem that he deliberately didn’t sleep a wink the first night the pair spent together.
It turned out that the undertaker suffered sleep apnea.
Though that issue was ironed out, George later experienced eyesight concerns after an anxious Maria (Samia Longchambon) sprayed some deodorant into his eyes.
Tony’s character continues to develop as fans speculate over what the next drama he might face on the cobbles could be.