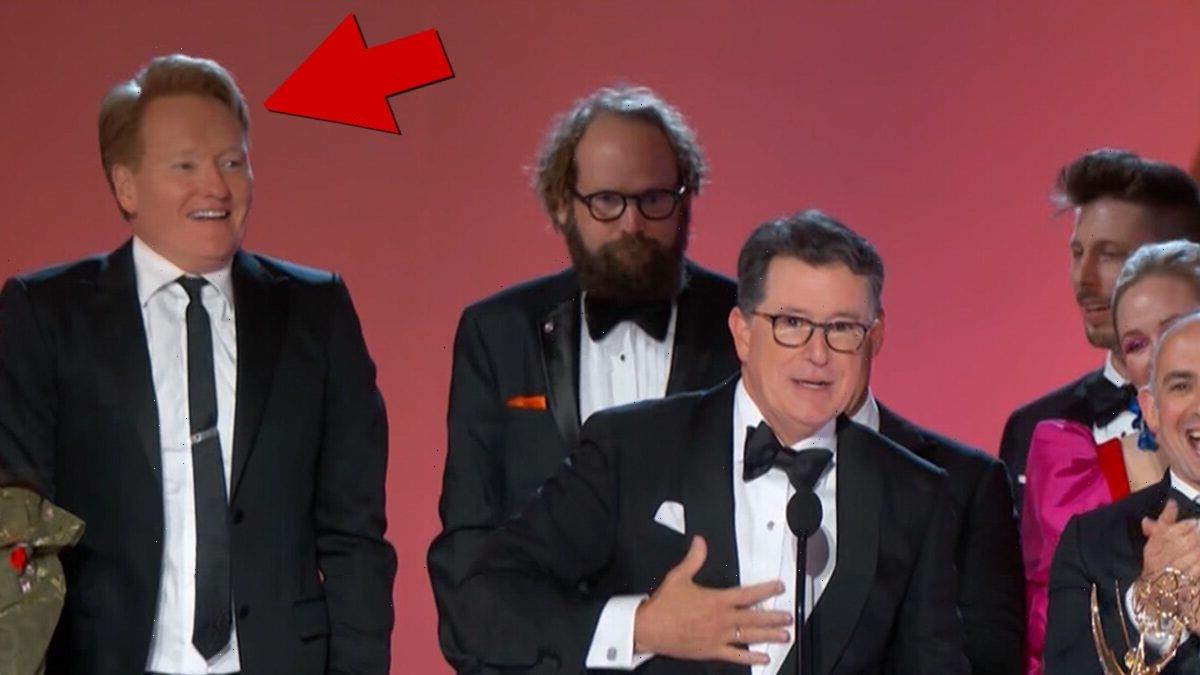 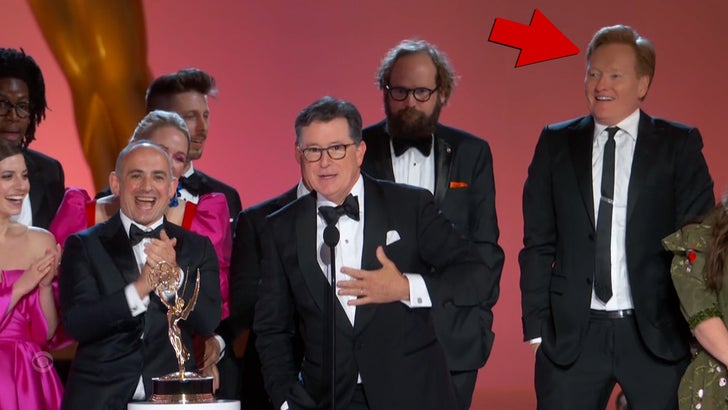 Conan O’Brien stole the show Sunday night, barreling down the aisle to celebrate Stephen Colbert‘s Emmy win for Outstanding Variety Special … thing is, Conan had nothing to do with it!

Well, maybe this was all an act, because Colbert said backstage, “I said why don’t you come on stage with us if we win…we love Conan. We’re honored to be superfans of Conan O’Brien.”

And that wasn’t the end … as the Academy Prez, Frank Scherma, said a few words to the crowd, Conan was back in fine form, saluting him with audible approval.

Well, if it was really staged, it was executed pretty brilliantly.  It had shade of Kanye West hijacking Taylor Swift’s VMA win back in 2009.