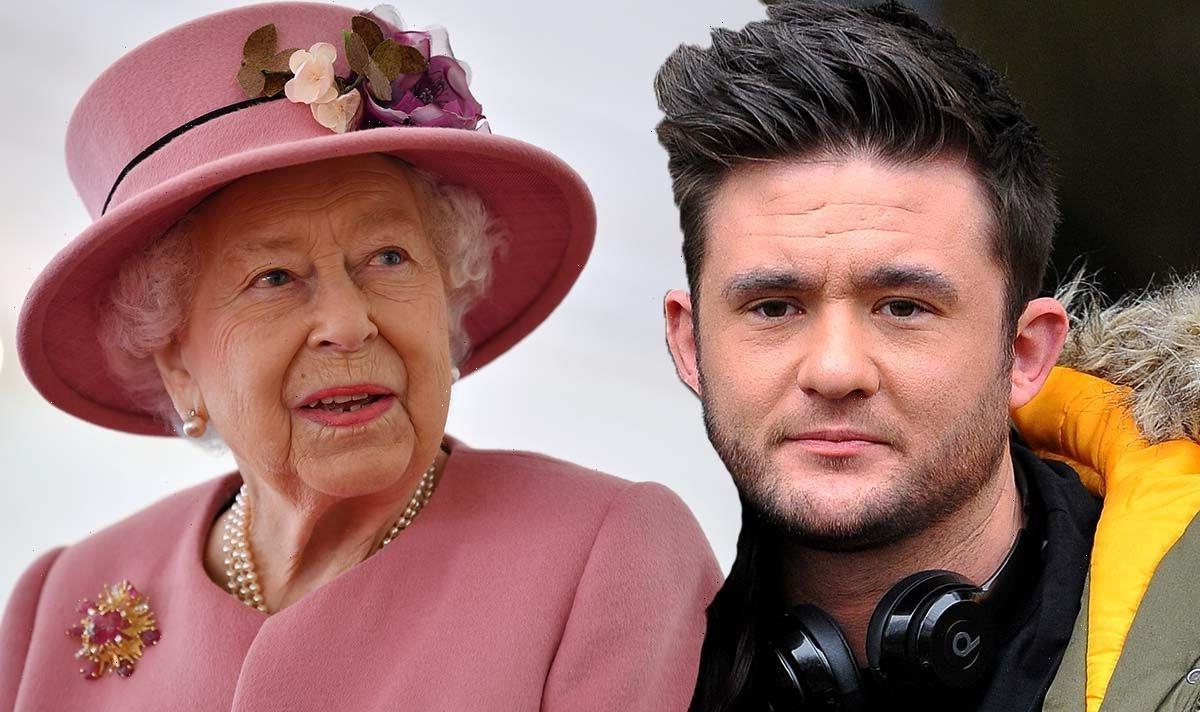 Coleen Nolan says she stayed in her marriages 'for her kids'

Coleen Nolan’s son, Shane Nolan, sparked outrage among royal fans as he stated he didn’t “understand why” news about the Queen’s death “is all over TV”. Shane made the comments as he discussed why EastEnders hasn’t been airing amid the national outfouring of grief.

Shane logged onto Twitter yesterday to share his views on the Queen’s death as he prepared for the return of his dad, Shane Richie, in the EastEnders role of Alfie Moon.

“I just don’t understand following the coffin around with cameras everywhere and all over TV all day.

“Now I know I know some people will be well into it and that’s fine but can anyone tell me what time @bbceastenders is on tonight. #alfiesback” 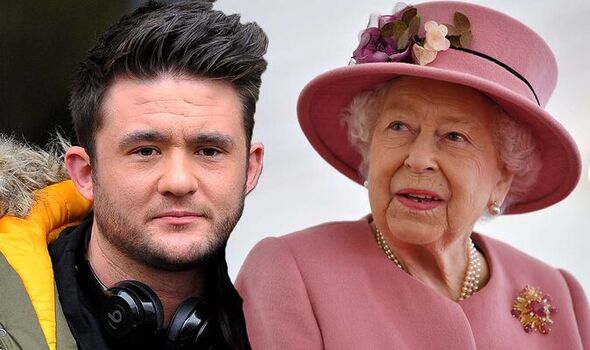 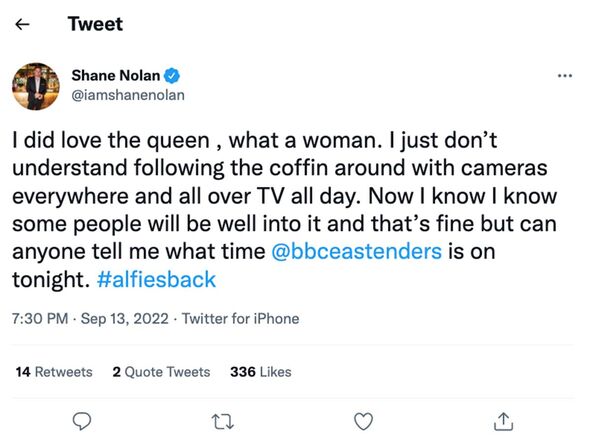 Outraged online users soon took to the tweet’s replies to offer their counterarguements, with some accusing Shan of being disrespectful to the late Monarch.

Bellachu1984 said: “Absolutely disrespectful after all the Queen did over the years for the country I’d rather watch her safe arrival on her final journeys rather than eastenders.”

Shane replied: “It’s not. It’s on all day every day.

“If that’s ur thing I completely respect it.” 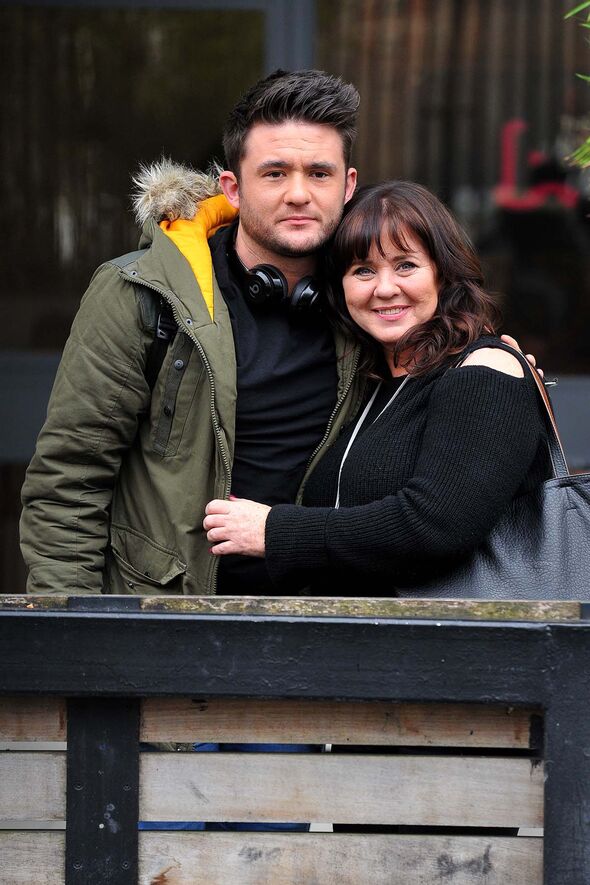 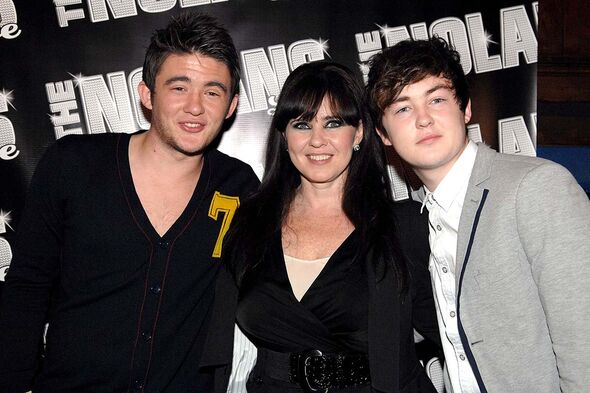 He continued: “I do dive in and watch bits here and there but it’s not for me.

“Sorry if that doesn’t fit ur agenda. I will watch the funeral for sure.”

ARaybould6 typed: “If the only thing you have to worry about is temporarily missing a few episodes of some banal soap opera, then you are very lucky young man.

“If you are missing seeing your father so much try facetiming him.”

“I bet you don’t complain when football is on tv all day when the World Cup is on.”

Shane responded: “Why on earth would I complain when that’s happening ?” alongside a laughin emoji.

Debsreynolds04 remarked: “Then you need to read your history young man….!” to which Shane cheekily responded: “Will that tell what time eastenders is due to start ?”

Shane, who is also a singer, took to Twitter last week to pay tribute to the Queen as the news of her death emerged.

He reposted the Royal Family’s official account’s announcement along with a broken heart emoji.

The statement read: “The Queen died peacefully at Balmoral this afternoon.

“The King and The Queen Consort will remain at Balmoral this evening and will return to London tomorrow.”