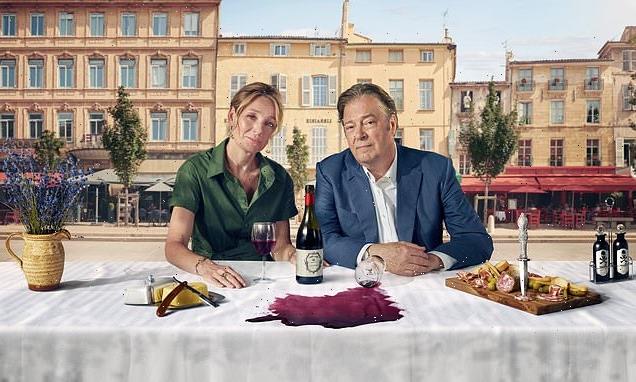 CHRISTOPHER STEVENS reviews the weekend’s TV: Look out! That out-of-control car could be a high-speed red herring

This is a public service message to all extras and stunt performers in crime dramas: will you please just look where you’re going? Drive more carefully!

Practically every thriller on the telly now features a car hurtling into shot like a four-wheeled plot twist and smashing into a central character. It’s so common that, whenever an actor crosses the road or pulls out of a junction, I’m expecting them to be T-boned.

This happened on both main channels, without warning but quite predictably, as two new serials launched. 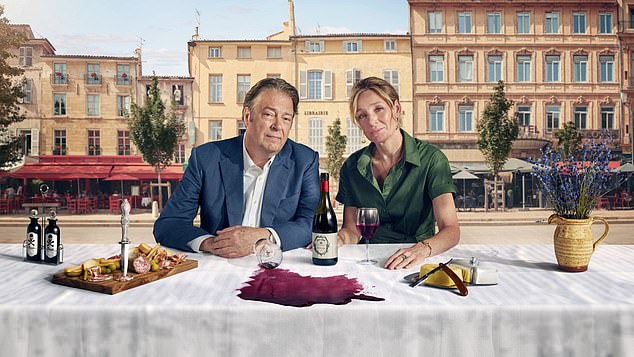 A suspect on Murder In Provence (ITV) was splatted by a hit-and-run driver in the middle of an incriminating phone call. She was doubly unlucky, because it turned out she had nothing to do with this week’s murder. She was, in effect, killed by a high-speed red herring.

Gabriel, the hero of The Control Room (BBC1), was more fortunate. He escaped with a nosebleed, and didn’t hang around to be interviewed by police, because he had a corpse in the back of his van. 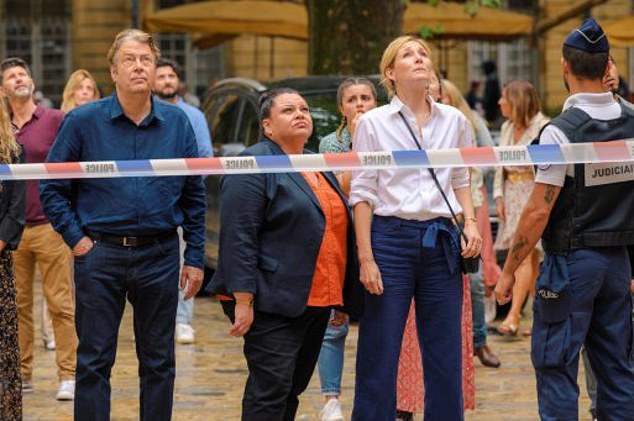 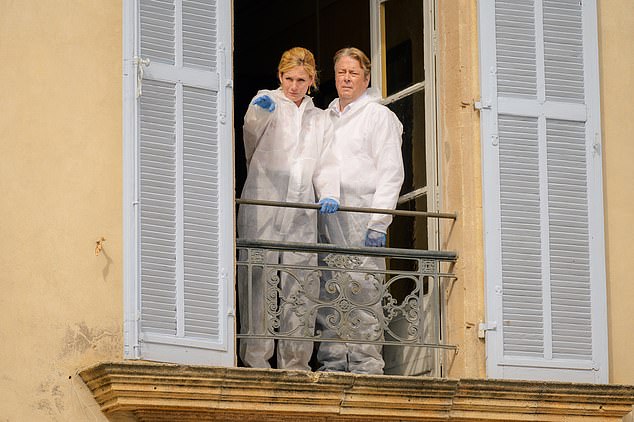 The investigating judge Antoine and his endlessly patient partner Marine hold hands at every moment on Murder In Provence, unless they’re cuddling in bed or leaning on each other’s shoulders by the sea

But that was his only bit of luck, though the succession of disasters — seeing him threatened with a beating, quizzed by police and then blackmailed by a colleague — was mostly his own fault.

It’s a bit of a worry because Gabriel (Iain De Caestecker) is an emergency call handler, whose job is to prevent people from panicking when they dial 999.

He loses his head entirely after recognising the voice of one woman. She’s his childhood sweetheart, Sam (Joanna Vanderham), and she’s ringing to say she’s just battered her abusive partner over the head with a dumbbell.

‘Is the patient breathing?’ asked Gabriel.

‘Yeah, he’s bleeding everywhere,’ she says, confused by his accent.

You can’t blame her, because Glasgow-born De Caestecker is doing a brogue so raw, he makes Sir Alex Ferguson sound like Bertie Wooster. 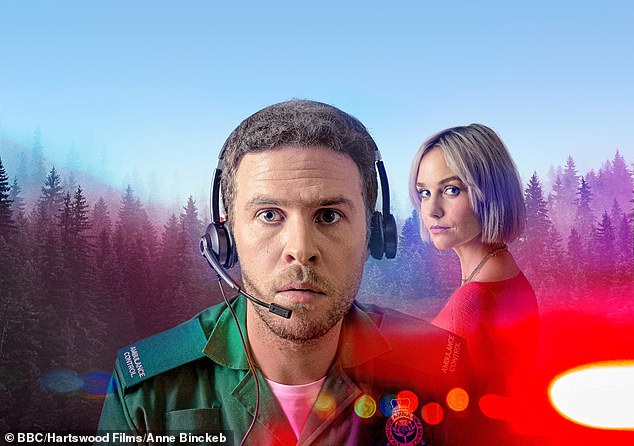 Gabriel played by Iain De Caestecker is an emergency call handler, whose job is to prevent people from panicking when they dial 999 in The Control Room

Gabriel once promised to do anything for Sam, whatever she asked. He was only ten at the time, but still feels honour bound, so he hangs up his headset and dashes away to meet her at their old haunt . . .a burned-out schoolroom in a Christmas tree plantation.

If all that sounds wildly improbable, of course it is. But the three-part serial, which continues tonight, is thick with nightmarish atmosphere that makes Gabriel’s blind terror believable as he stumbles from crisis to crisis.

In a leopard-print fur jacket that is as fake as her sob story, Vanderham plays Sam with convincing cruelty. He might do anything for her but she’ll barely lift a finger for him . . . literally.

When she holds his hand, he looks pathetically grateful — but you can hear the sound of her gritted teeth. 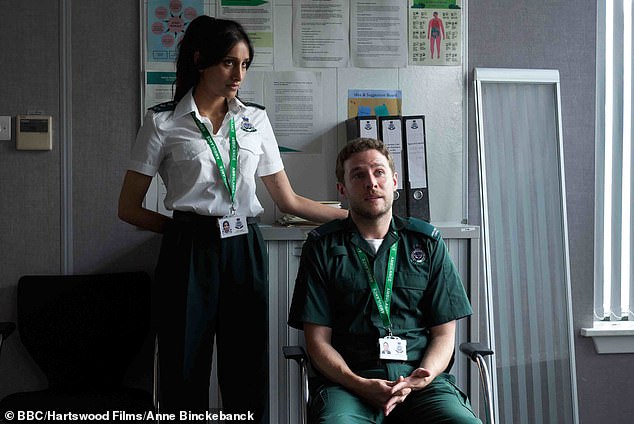 The investigating judge Antoine and his endlessly patient partner Marine (Roger Allam and Nancy Carroll) hold hands at every moment on Murder In Provence, unless they’re cuddling in bed or leaning on each other’s shoulders by the sea. All French detectives must have a devoted spouse, a law laid down by Georges Simenon’s Inspector Maigret. Antoine and Marine are saved from terminal tweeness by Allam’s sardonic relish in his constant quips. He speaks every line as if he can taste the blood in it.

Abandoning his plans for a saucy stay in a hotel, he heard the details of an academic’s murder with spiteful pleasure. ‘And I thought my weekend had turned out badly,’ he said. With a classic Citroen and jeans two sizes too tight, Judge Antoine is a richly drawn figure: fussy, vain, courageous and maudlin.

The other characters have less depth so far, but this was a promising beginning.