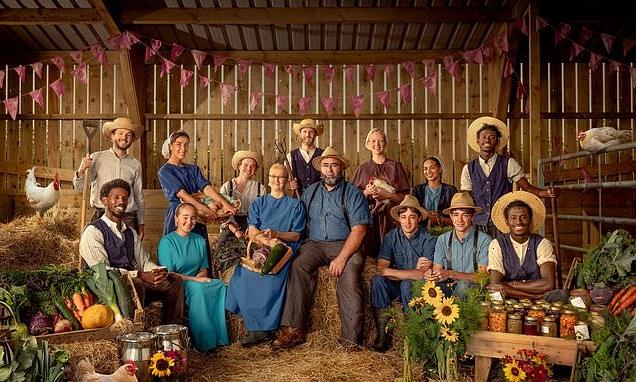 Modern life is killing us, say the psychologists. No wonder we are all so stressed and anxious, what with our central heating and our washing machines and our widescreen tellies.

According to the scientists on The Simpler Life (C4), we’ll never be truly content until we rediscover the joy of a life without electricity or hot running water.

The key to peace of mind, they believe, is back-breaking labour from dawn in the fields for the men, and meek servitude in the kitchen for women — who can wear ankle-length dresses and say nothing until addressed by their husbands.

I suppose this might be attractive if you’re a fully paid-up member of the Taliban. To most of us it might seem a tad oppressive. 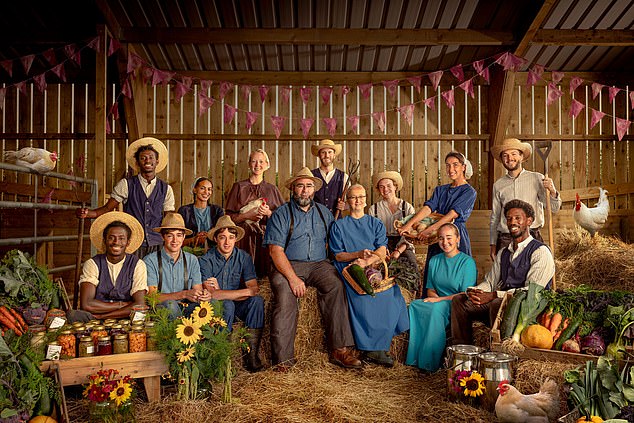 Not so to Professor Barry Schwartz of the University of California in Berkeley, author of such scientific papers as Maximizing Versus Satisficing: Happiness Is a Matter of Choice. He helped to conceive this show, in which 24 townies — adults and children — leave their ordinary lives behind for six months to find calm on a Devon farm.

They’ll be working the land under the supervision of an American Amish family, Lloyd and Edna Miller and their six children. The Amish refuse to use cars, never mind airliners, so how they got to England is a mystery. It must have been a heck of a horse-and-cart journey.

Prof Barry says the show is unprecedented: ‘Nobody has ever done anything like this before.’ All this proves is that the professor doesn’t watch much Channel 4, because this sort of series has been a staple for more than 20 years, ever since a young Ben Fogle and chums lived as crofters on a Hebridean island. 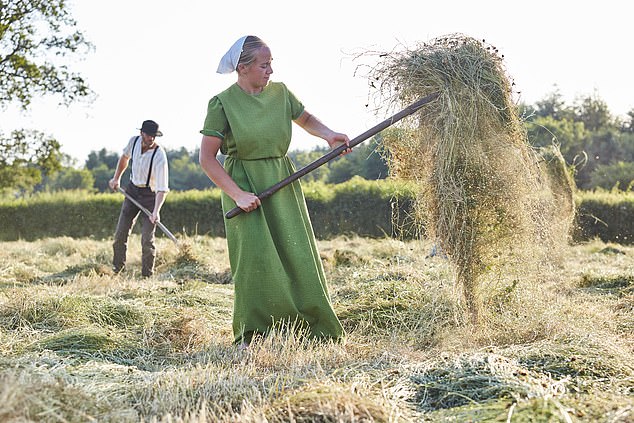 Abrupt ending of the night:

Mysteries Of The Bayeux Tapestry (BBC4) revealed that the 11th-century needlework stops suddenly and doesn’t even show William the Conqueror’s coronation. Maybe the embroiderers were hoping to make Bayeux II: The Sequel.

The Amish set-up is luxury compared with Ben’s experience. Not only is there a well-stocked larder and a village supermarket, but their farmhouse is almost a stately home.There’s even a trout pond. This isn’t a working farm, it’s a millionaire’s playground.

Among the happy campers, of course, there is a drama queen whose mental health is suffering without Prosecco, and a couple of cheeky chappies with a chicken phobia.

Life with the Amish doesn’t seem to involve any spiritual activity, such as prayer. Religion hasn’t even been mentioned. But there’s an unquestioning belief in pseudo-science. Prof Barry gave everyone a ‘baseline test’ at the start to determine each participant’s ‘desire for power’, ‘trust in society’ and other nonsense.

Perhaps one of them, after months of eating potatoes and washing in a tin tub, will stop to wonder: if a life of subsistence farming is so great, how come humanity has devoted 2,000 years to technological progress? That’s not the question this fake experiment is designed to answer. 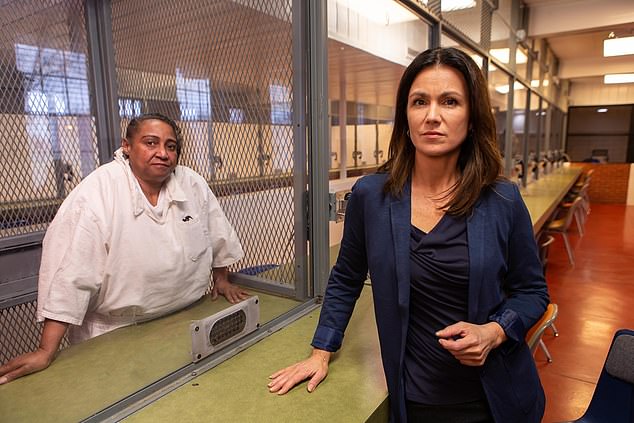 Susanna Reid (right) went to death row to talk to  inmate grandmother Linda Carty, the only British woman on death row anywhere in the Western World

Susanna Reid set off to Texas, in British Grandma On Death Row (ITV), to ask a more chilling question: did 63-year-old Linda Carty kidnap and murder a young woman to steal her baby?

The answer was unclear, because Susanna is not good at probing basic evidence. Carty claims she wasn’t even present when Joana Rodriguez was killed. But Susanna did not discover if she even has an alibi.

The body was found in the boot of Carty’s car. That doesn’t prove who killed Joana. There were other witnesses to the kidnapping — so why didn’t Susanna try to speak to them?

Carty has spent 20 years fighting her death sentence. Born on the Caribbean island of St Kitts, she is officially a British citizen, though it isn’t clear how involved the UK authorities have been with her campaign.

Altogether, there were far too many unsolved riddles.