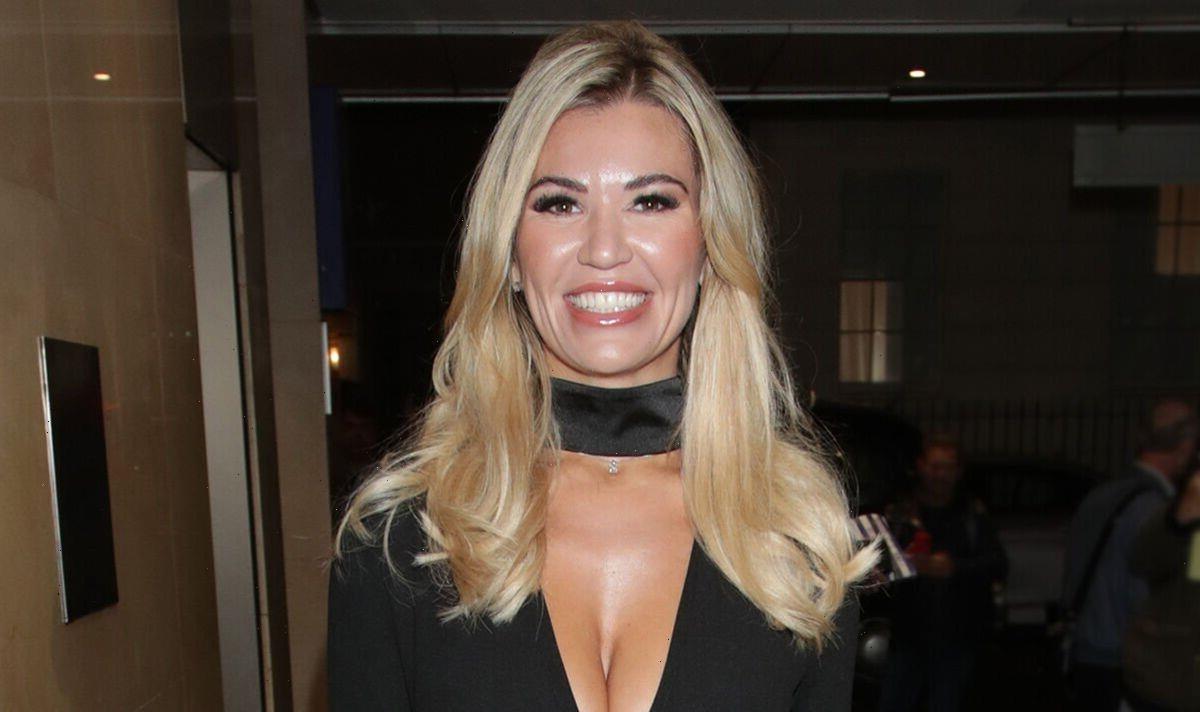 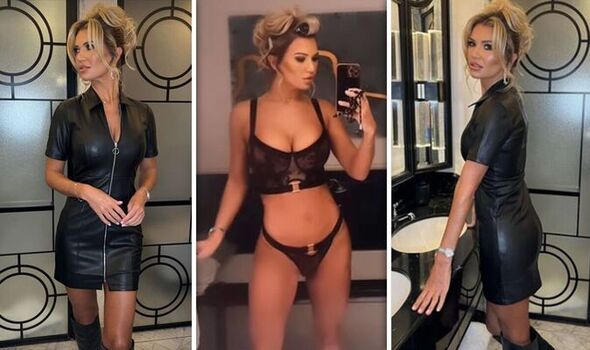 Christine McGuinness, 34, put on a busty display as she showed off her toned figure in lace lingerie on Tuesday. The star’s sizzling snaps came after she attended the TV Choice Awards alone, following her split from husband Paddy McGuinness, 49, earlier this year.

Christine wowed her 680,000 Instagram followers yesterday as she stripped down to her underwear before donning a stylish black leather ensemble.

“Leather and laughter is a great combo,” Christine wrote with a kiss emoji.

The star looked sensational in a tight, black leather dress with a plunging neckline and matching boots.

Christine also showed off the flattering underwear she received from the brand, which included a black, cleavage-bearing bra and skimpy, high-waisted black underpants.

The star’s pictures came one day after she was seen arriving alone to the TV Choice Awards at The Hilton in London on Monday.

It was confirmed in July that the model, who has been married to presenter Paddy McGuinness since 2011, split from her husband earlier this year.

The star took to the social media platform to show off her new bra and pants set from Pour Moi.

The model showed off her enviable curves in the cleavage-baring, all-black ensemble.

The television personality attended the awards show at The Hilton hotel in London on her own.

The former beauty queen looked stunning in the tight, black Pour Moi ensemble as she posed for some pics in the bathroom.

The Lancashire-born beauty wore her blonde tresses in a tousled up-do and wore bold eye makeup with some shiny lip-gloss to bring out her already-stunning features.