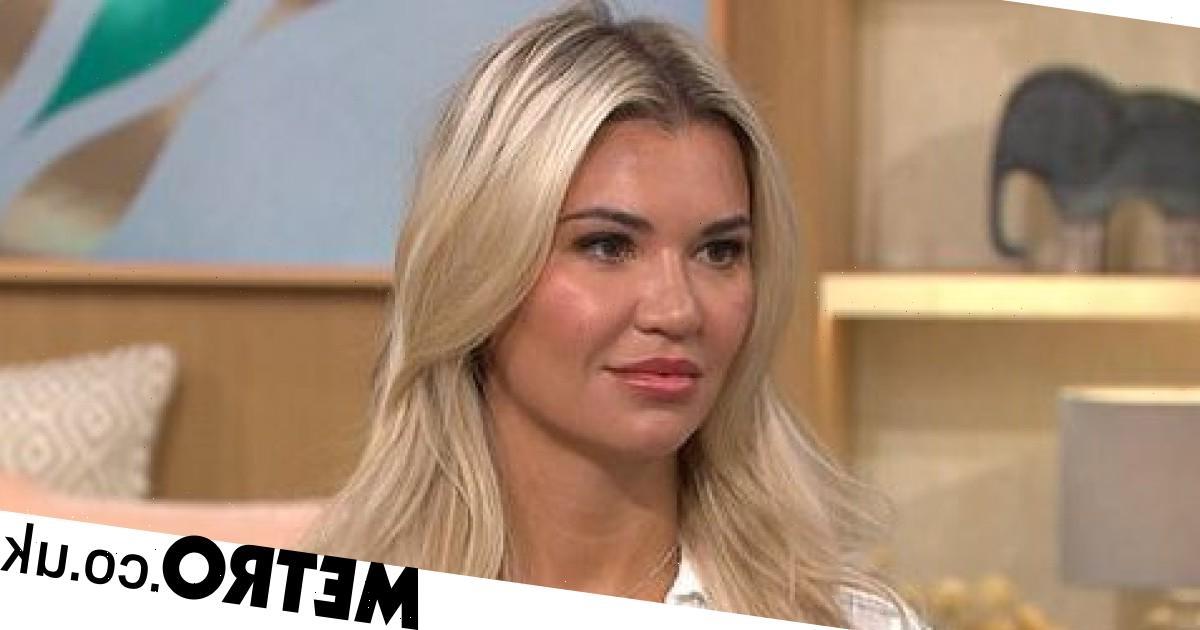 Christine McGuinness has shared the heartbreak of growing up with an addict father, revealing she saw him injecting heroin as a child.

The model and reality TV star, who is married to Top Gear’s Paddy McGuinness, discusses her difficult childhood in her new book, Christine McGuinness: A Beautiful Nightmare, candidly writing about her dad Johnny’s struggles with heroin addiction.

Johnny has battled with addiction for 30 years, and Christine believed that he chose drugs over his children.

According to The Sun, she wrote: ‘I saw my dad inject heroin. As a teenager, I struggled with his addiction. I blamed myself. When I became a mum. I kept thinking about how he chose drugs over his own kids.

‘But as I’ve gotten older, I’ve realised it wasn’t as simple a choice for him. Addiction is an illness.’

Johnny’s drug addiction was the reason Christine’s mother Joanne left him, after Christine crawled over one of his needles as a toddler.

Joanne moved Christine and her sister Billie-Jo from Blackpool to Merseyside, and Christine said: ‘My mum longed for that relationship to work. It broke her heart. I’m so grateful she did leave him and that she got [us] away.’

Despite pledging to get clean on numerous occasions, Johnny is still addicted to heroin, and has faced having his legs amputated in the past due to holes and abscesses caused by unsanitary needles.

Christine says she has a good relationship with her father and loves him dearly, but he has not met Paddy, 48, or their three children, eight-year-old twins Leo and Penelope and five-year-old Felicity.

Johnny was supposed to meet Take Me Out host Paddy at their 2011 wedding, but hours before he was due to walk his daughter down the aisle, he pulled out of the wedding.

Christine does not think her father will ever overcome his addiction, after three decades using heroin.

As well as recounting tales from her past, the former Miss Liverpool gives an insight into her marriage with Paddy in her new book.

Christine wrote about her shock at seeing pictures of her husband linking arms with Nicole Appleton while in London for work, admitting she was ‘physically sick’.

However, she explained that she knew she would never leave Paddy, and said that they have never really discussed the incident.

Christine McGuinness: A Beautiful Nightmare is out on November 25.

Frank offers confidential advice about drugs and addiction (email [email protected], message 82111 or call 0300 123 6600) or the NHS has information about getting help.

Adfam has local groups for families affected by drugs and alcohol and DrugFam offers phone and email support to people affected by other people’s drug or alcohol misuse.