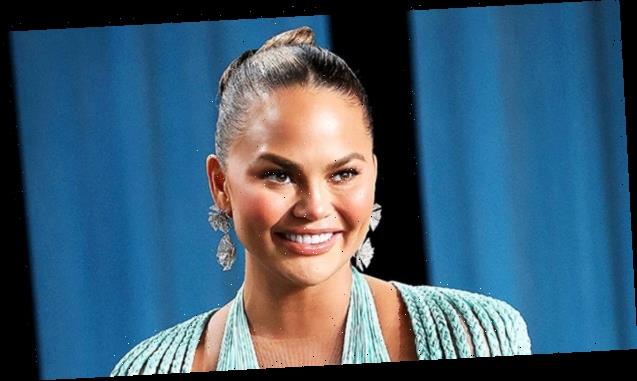 Chrissy Teigen gave her many fans a look at the stud in her nose after she had it pierced! Unfortunately, the piercing fell out, leading Chrissy to believe that it was done ‘wrong.’ See the pic for yourself!

Chrissy Teigen‘s family vacation in St. Barts had a bit of hitch yesterday. The stunning model, 35, took to Twitter to share an intimate snapshot from her and husband John Legend‘s tropical getaway on December 28, which featured Chrissy working some new gems — notably a sparkling stud after getting her nose pierced! “So I did this today,” Chrissy began the caption to her photo, which featured the model totally reclined and relaxing in the warm sun.

Unfortunately for Chrissy, her new accessory didn’t stay very long! “It immediately fell out and healed the second she left because she did it wrong lmao,” she continued. Although the piercing didn’t last very long, Chrissy captured a great angle to show off her piercing while it lasted. Fans could also see her ear piercings, as well as a beautiful shell bracelet on her wrist. There’s no doubt about it, Chrissy was totally embracing that vacation life!

But Chrissy couldn’t help but remain focused on the limited amount of time she had to enjoy her nose piercing. “Like how do you do it wrong? It’s a hole, through the nose. It’s like jerry seinfeld‘s bobsledding joke. It’s impossible to do wrong,” Chrissy continued in her tweet. However, she did eventually correct herself, saying, “wait it was actually the luge,” referencing one of comedian Jerry Seinfeld‘s famous bits.

Despite airing some of her frustrations online, Chrissy did get some blowback from her Twitter followers. But, as always, she handled them like a champ. “It’s out and healed you don’t have to keep being a**holes thanks I’ll do it better next time for you I promise!! U sweet little angels never cease to surprise me,” she concluded her tweets. And with that, Chrissy went back to enjoying her holiday getaway with John and their little ones — daughter Luna, 4, and son Miles, 2.

Chrissy and John have truly been basking in the glow of their holiday getaway. Chrissy has even kept her fans updated with sweet snaps featuring the couple’s kiddos, as well as a few heartfelt and personal posts from their trip. As the family rings in the new year and a fresh start to 2021, fans cannot wait to see what Chrissy shares next!