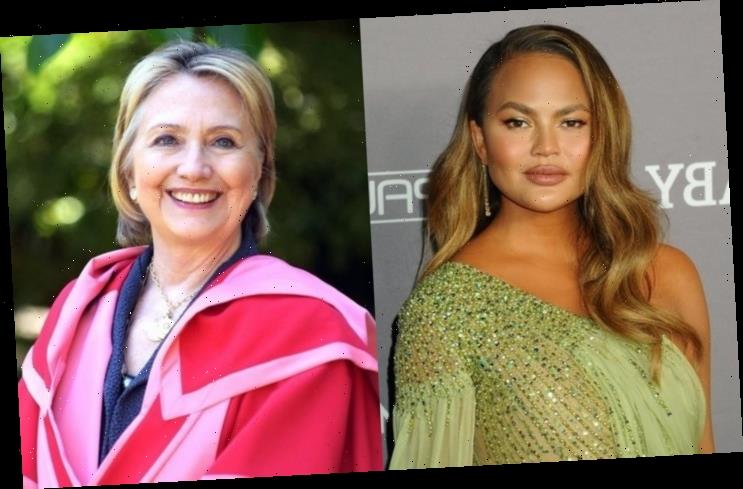 The mother of two is left gobsmacked by a message from the former U.S. First Lady following the star’s emotional essay about her recent heartbreaking miscarriage.

The model and “Lip Sync Battle” co-host wrote an incredibly personal article for Medium.com, in which she detailed the heartbreaking loss of her third child, a son she had named Jack, who was delivered stillborn at 20 weeks in late September after doctors confirmed he was unable to survive in the womb.

Teigen, who is married to singer John Legend, was showered with supportive messages from friends and fans after the piece was published on Tuesday, and 2016 presidential candidate Clinton was among those heaping praise on Chrissy for using her experience to help others going through similar family tragedies.

Clinton shared a link to the Medium site on Twitter on Wednesday and wrote, “Thank you, @chrissyteigen, for your bravery and grace in starting a hard conversation to help other families heal alongside yours.”

Chrissy reposted the tweet and replied, “I’m so honored @hillaryclinton. You have dedicated your life to fighting for women’s and children’s health, so to have you share my piece about my experience means the absolute world to me. Wow. Wow.”

She also shared her shock at the unexpected online connection, telling her Twitter followers, “oh my god Hillary Clinton just tweeted my essay now I have to delete the stupid videos I just posted.”

“oh my god please dont look at them Hillary Clinton (sic),” Chrissy jokingly added of an old clip she had shared from the 2018 Glamour Women of the Year Awards, where the Democratic politician had made a surprise appearance which left Teigen in tears.