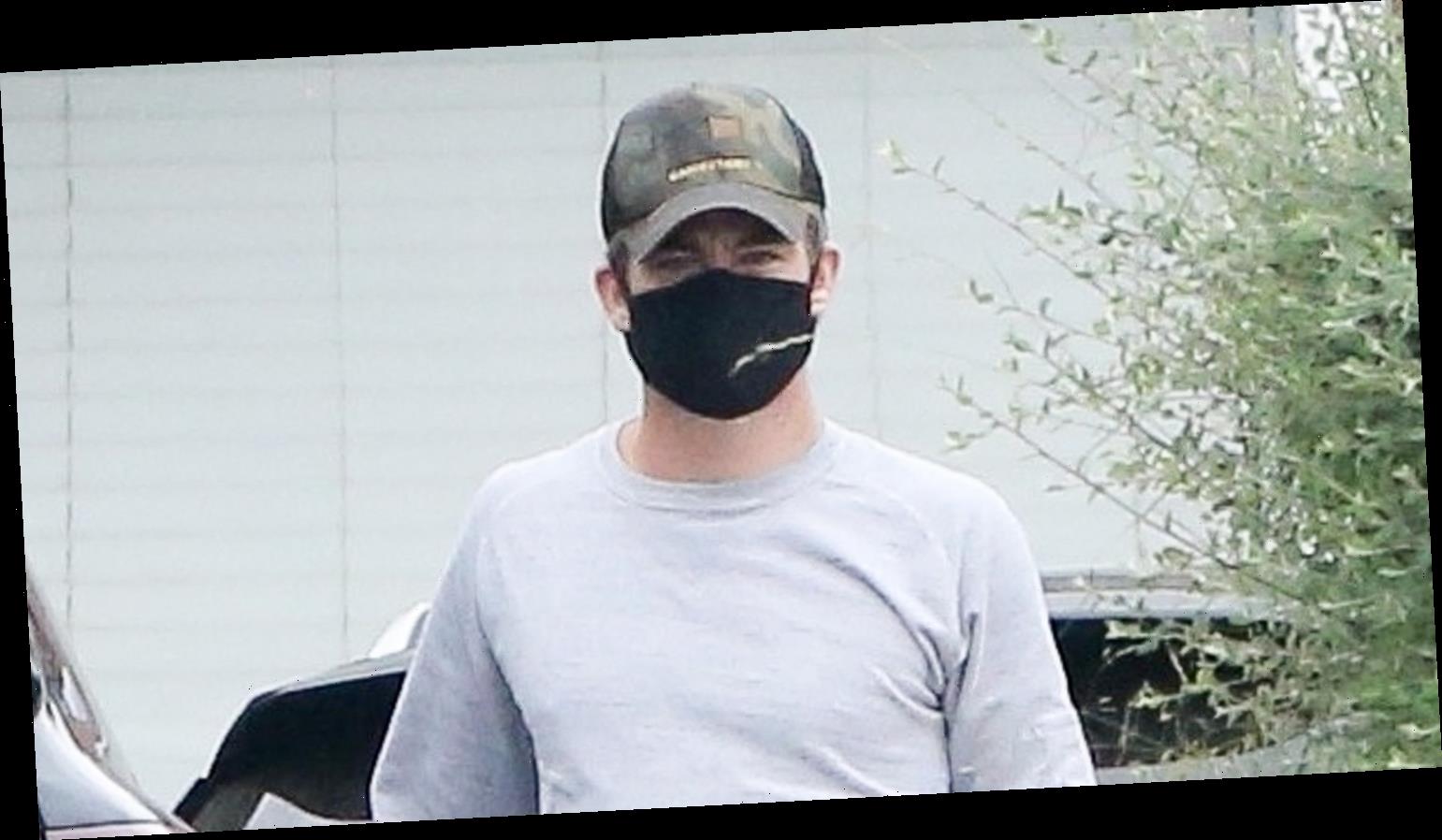 Chris Pine is looking fit after his workout!

The 40-year-old Star Trek actor waved to photographers as he got back into his car after a workout on Saturday morning (October 24) in Los Angeles.

PHOTOS: Check out the latest pics of Chris Pine

Chris showed off his toned legs in a pair of orange short-shorts paired with a gray sweatshirt and camouflage-print baseball hat for his workout. He also stayed safe in a black face mask while stepping out in public.

Last month, it was announced that the release of Chris‘ upcoming movie Wonder Woman 1984 had been pushed back yet again. It will now be released at the end of the year.

A few months ago, Chris was spotted out on a motorcycle ride with this fellow actor.