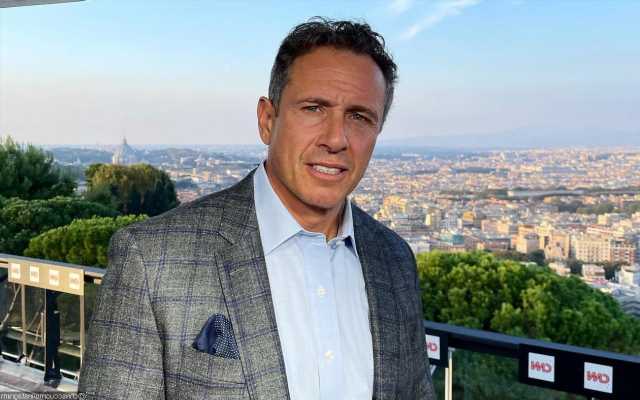 In the 32-page arbitration demand, the former CNN presenter is seeking at least $125 million in compensation after his abrupt firing following his brother Andrew Cuomo’s sexual harassment case.

AceShowbiz –Chris Cuomo is seeking compensation. The former CNN presenter has filed an arbitration demand, in which he is seeking $125 million in damages as part of his claim that he was wrongly fired from the network.

The TV personality and his attorneys at Freedman + Taitelman LLP as well as Clayman Rosenberg Kirshner & Linder LLP filed the paperwork on Wednesday, March 16. “As a result of [Turner Broadcasting System’s] indefensible choice to unceremoniously fire him, [Chris] has been damaged in countless ways,” read the court documents, which was obtained by Deadline. “[Chris] has had his journalistic integrity unjustifiably smeared, making it difficult if not impossible for [Chris] to find similar work in the future and damaging him in amounts exceeding $125 million.”

According to the legal documents, the $125 million includes not only the remaining salary owed under his contract with the network, but “future wages lost as a result of CNN’s efforts to destroy his reputation.” The filing also accused Jeff Zucker, president of CNN Worldwide, and CNN of not only failing to instruct all of the network’s employees not to disparage Chris, but of openly criticizing the fallen news star themselves, which allegedly was forbidden by the contract.

“It should by now be obvious that Chris Cuomo did not lie to CNN about helping his brother,” lawyer Bryan Freedman told Deadline after filing the arbitration demand. “In fact, as the limited information released from WarnerMedia’s investigation makes clear, CNN’s highest-level executives not only knew about Chris’s involvement in helping his brother but also actively assisted the Governor, both through Chris and directly themselves.”

Bryan continued, “The legal action filed today makes clear that CNN wrongfully terminated Chris and further violated the express terms of his employment agreement by allowing its employees to disparage him.” The attorney further stated, “Chris is owed a full apology from those responsible.”

Chris was terminated from the cable network on December 4, 2021 after it was uncovered he used his connections to help his brother, Andrew Cuomo, when the politician was hit with sexual harassment scandal earlier that year. “Chris Cuomo was suspended earlier this week pending further evaluation of new information that came to light about his involvement with his brother’s defense,” CNN stated.

“We retained a respected law firm to conduct the review, and have terminated him, effective immediately,” the company continued. “While in the process of that review, additional information has come to light. Despite the termination, we will investigate as appropriate.”

Later that day, Chris broke his silence on the firing. The journalist said of his abrupt suspension, “This is not how I want my time at CNN to end but I have already told you why and how I helped my brother.”

According to CNN, Chris had previously “admitted” to the network that he had indeed “offered advice” to his brother’s team. “He broke our rules and we acknowledged that publicly,” the network argued. “But we also appreciated the unique position he was in and understood his need to put family first and job second.”