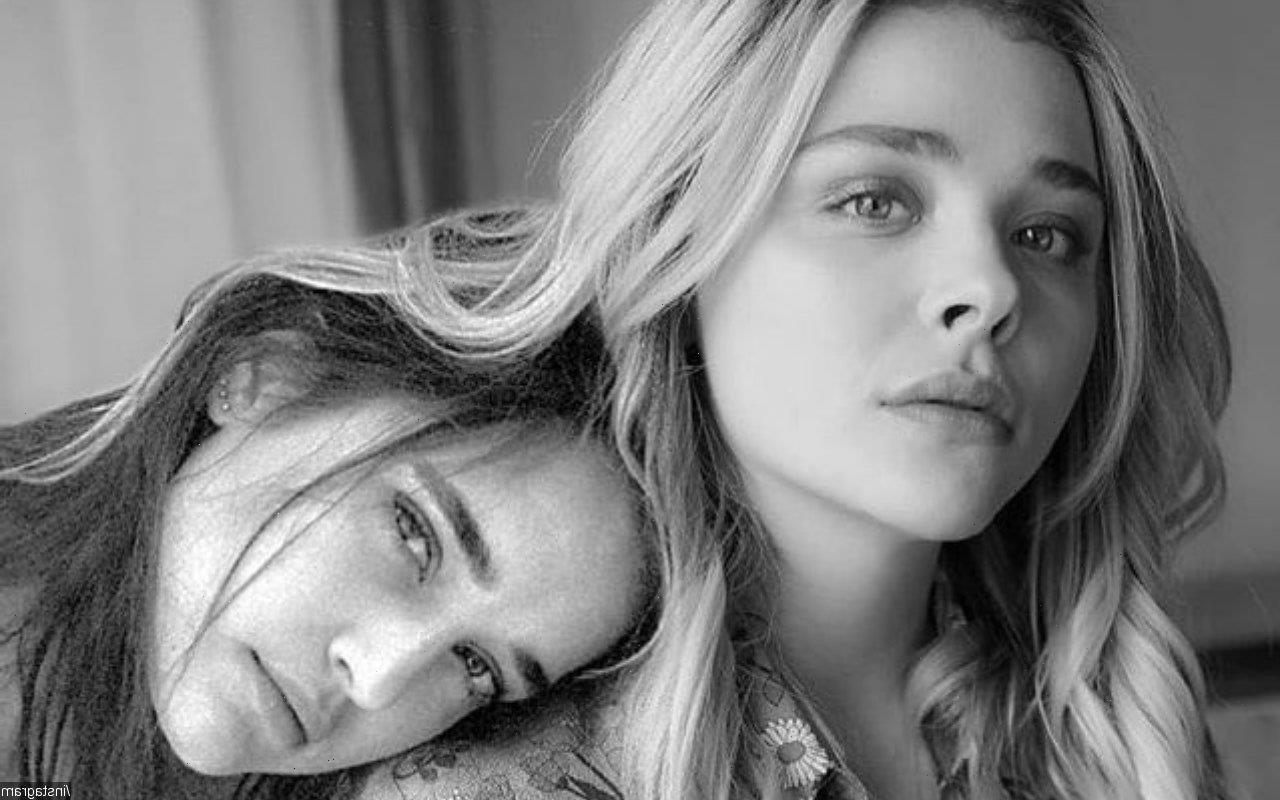 The ‘5th Wave’ actress, who’s reportedly single in 2021, first sparked rumors that she and the 31-year-old model were an item in 2018 when they’re spotted locking lips.

AceShowbiz –Chloe Moretz seemingly has had a change of heart about her relationship with Kate Harrison. The “Carrie” actress has sparked rumors that she and Kate reconciled after they’re caught enjoying dinner together.

In photos obtained by Daily Mail on Monday, August 1, “The 5th Wave” actress was photographed looking happy during a night out with the 31-year-old model at Giorgio Baldi in Santa Monica.

Chloe, who was reportedly single in 2021, appeared fully engrossed in the conversation with the daughter of Gregory Harrison. At one point, the 25-year-old actress could be seen taking a sip from her glass as her pals chatted away.

For the dinner date, Chloe donned a sheer black shirt. The “Kick‑Ass” actress let her blonde hair down in waves. As for Kate, she opted for a white tank top with a gold chain. She styled her dark brown hair in a high ponytail.

Chloe and Kate were first linked in December 2018 after they were spotted kissing passionately in Malibu. At the time, the “If I Stay” star was seen sharing some kisses with the Playboy model in a steamy makeout session as they stepped out to the Malibu branch of SoHo House. It was also reported that they rented a home nearby.

One photo featured Chloe, who donned a warm black woolen coat and black pants, putting a long kiss on Kate’s jaw as the latter closed her eyes. Another image, meanwhile, saw Kate taking the lead. Kate, who opted for blue denim jeans and a white top beneath her red leather coat, was snapped wrapping her arm around her new lover before planting a deep kiss.

The PDA-filled sighting arrived after they had a dinner date at the famous restaurant Nobu to kick off the intimate evening. The two seemed to be so much in love as they were attached to the hips and walking arm-in-arm as they made their way out of the restaurant to the side of the busy Pacific Coast Highway. “Once tucked away behind a picket fence, the pair engaged in a makeout session that lasted for thirty minutes,” a source claimed.