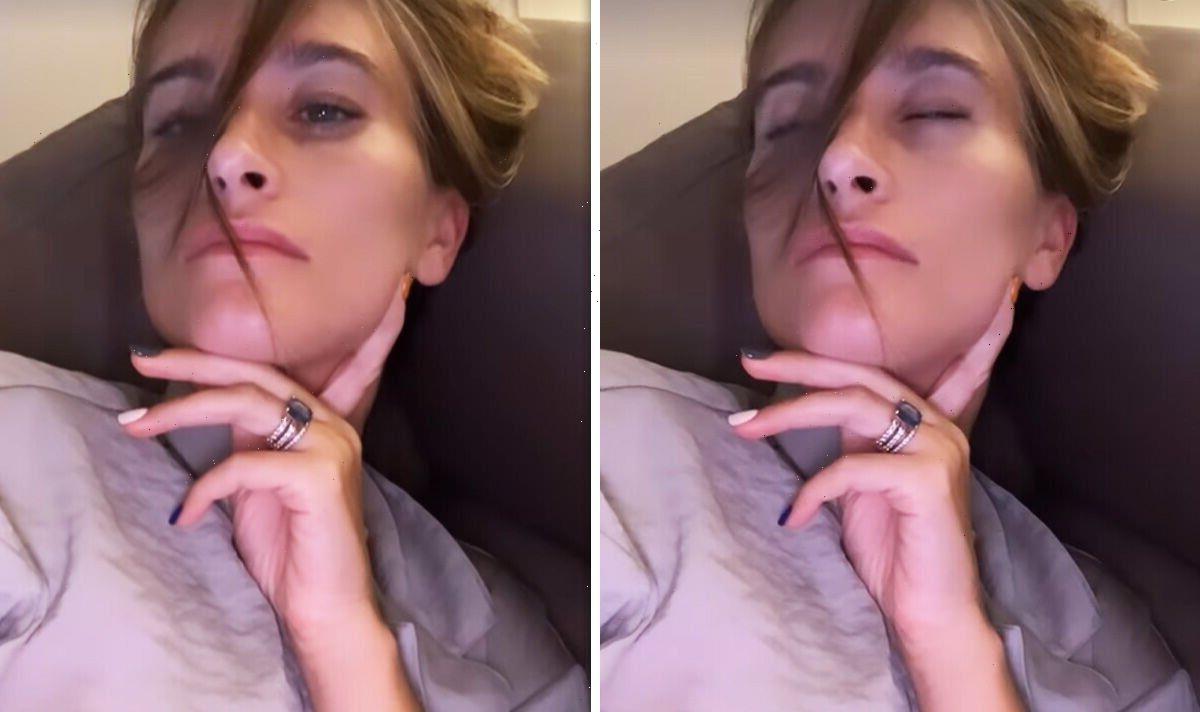 Charley Webb, 34, was left rolling her eyes on day two of her family holiday as she revealed her three kids had fallen ill and her friends had been “moaning”. The Debbie Dingle actress took to Instagram on Sunday to lament her not so “perfect” time away.

She shared a clip of herself sitting on the sofa with an unimpressed expression on her face.

In the caption, she penned: “All I’m getting is WhatsApp’s of the [rain]. Don’t worry, I’ll be back in rainy England soon (for all my moaning friends).

“Also, the sickness bug has rippled through the kids.

“I’ve had about four minutes sleep since we arrived so not all [perfect] in the [sun].

Charley and Matthew married in a secret castle wedding in 2018, with Chas Dingle actress Lucy Pargeter as bridesmaid.

Charley portrayed Debbie Dingle on the ITV soap from 2002 until her exit last year.

Her exit saddened not only Emmerdale’s loyal fans, but some of the cast members too.

He told Radio Times: “No one gets through to [Cain] like Debbie does, and I’d love Charley Webb, who plays her, to come back.”

However, it seems that Charley has decided to leave Debbie behind for good.

In January, Charley confirmed her exit in a Instagram Q&A. She told her followers: “This is always my most asked question but I’ve never answered it before because I’ve never wanted to make a big deal of it.

“I left to have Ace two years ago. I went back at the end of last year for 10 weeks to complete a storyline.

“So, I guess officially it’s been a year.

“I never felt the need to announce it, which is why we didn’t.”

Emmerdale airs on ITV on weekdays at 7pm.