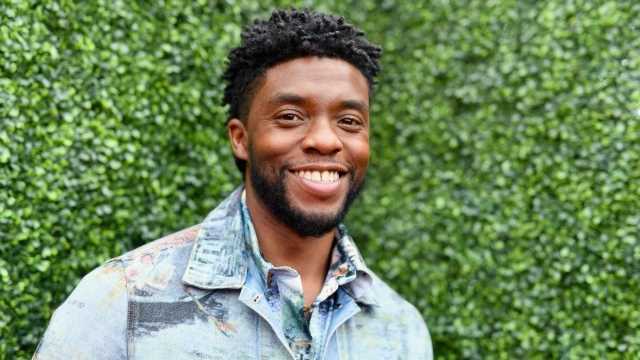 Chadwick Boseman received a touching tribute from his alma mater. The late Black Panther star was commemorated at Howard University, one year after his untimely death, with the HBCU officially renaming its college of fine arts after Boseman. The university shared the news on their Instagram on Friday.

Boseman attended college at Howard University and graduated in 2000 with a Bachelor of Fine Arts in directing. One of his professors was Phylicia Rashad, who is now the Dean of the Chadwick A. Boseman College of Fine Arts.

News of the renamed building was announced in May, with Boseman’s wife, Simone Ledward saying in a statement at the time: “I am extremely pleased that Howard University has chosen to honor my husband in this way and elated that Ms. Rashad has accepted the role as Dean. Chad was a very proud Bison — both Howard and Ms. Rashad played integral roles in his journey as an artist. The re-establishment of the College of Fine Arts brings this part of his story full-circle and ensures that his legacy will continue to inspire young storytellers for years to come.”

Last October, Rashad talked to ET about her time with Boseman at Howard, sharing how she remembered “his smile and his gentle way.” She also told ET that he loved mentoring young people.

I remember his unending curiosity and his love of study, studying many things all of the time. When I look back on his body of film work, and I have been able to see quite a bit of it in these last few weeks, it never ceases to amaze me how very different he is in each and every role. And the differences are subtle,” she expressed. “They are not sweet rolled, they are not manipulated, they are not contrived. He presents a real person and persona in every character he plays.”

Boseman died at the age of 43 after a secret four-year battle with colon cancer. The actornever publicly shared his diagnosis, only revealing his illness upon his death on Aug. 28, 2020.

On the one-year anniversary of his death, Michael B. Jordan, Lupita Nyong’o, Viola Davis and many more took to social media to pay their respects to their dear friend.

“Not a day goes by bro… Love and miss you but I know you still with us,” Jordan, who co-starred alongside Boseman in Black Panther, wrote on Instagram, alongside a photo of the two.

For more on Boseman’s legacy, see below.

'Black Panther': Inside the Cultural Significance of Chadwick Boseman’s Role