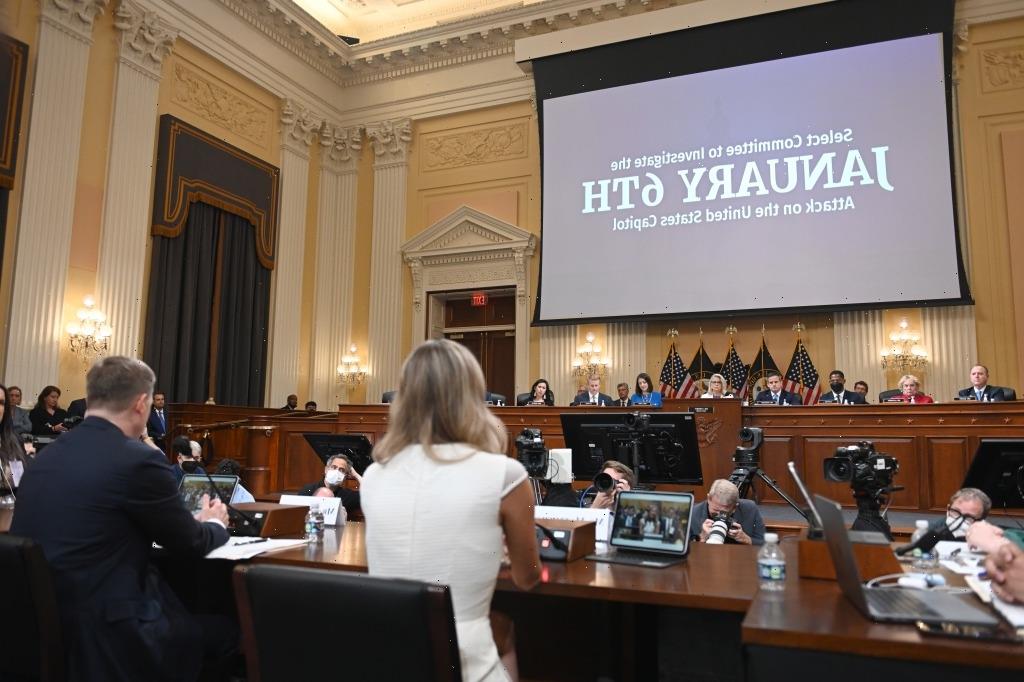 The January 6th Committee holds what may be its last public hearing on Thursday, as it tries to present the public with a narrative of Donald Trump’s efforts to overturn the results of the 2020 presidential election.

After a summer pause, the hearing is expected to be the final chance for the committee to lay out its findings in advance of the midterms elections, in which a number of Trump’s defenders are seeking offices that will oversee the next presidential vote. All indications are that the afternoon hearing will once again use TV-news style production techniques, briskly going through the evidence with the use of graphics, clips and succinct witness testimony.

Among those who have been covering the hearings — and the aftermath of January 6th — is Robert Costa, who joined CBS News early this year. He authored Peril with Bob Woodward and, in March, they broke the news that Ginni Thomas, the wife of Supreme Court Justice Clarence Thomas, texted with then-chief of staff Mark Meadows to urge him to pursue efforts to challenge the election results, citing an array of conspiracy theories. She has since been interviewed by the committee.

Since the last hearing in July, the Justice Department’s investigation has ramped up, as has a Fulton County, GA probe of Trump and his allies. There also has been the FBI search of Mar-a-Lago and the ensuing legal wrangling, as well as a new civil suit brought by New York Attorney General Letitia James.

“The January 6th Committee is well aware that it is not the only game in town anymore, that so many other investigations have begun to get traction in the national consciousness,” Costa said in a recent interview. “The congressional side of this is very important, but it’s also something that they need to bring impact, to break through to people who have lives and work and jobs and families, and who can only keep track of so much of the January 6th story.”

He said that a looming question is whether the hearings are having an impact on voters. Rep. Tim Ryan (D-OH), seeking a Senate seat, told Costa in a recent interview that he thinks it is resonating. With that in mind, Costa will be reporting from Pennsylvania on Thursday during the CBS coverage. “The midterms are not just about red versus blue, right versus left, it’s about the battle over the future of American democracy,” he said.”the January 6th Committee in some ways has a major role to play in that discussion.”

Costa spoke to Deadline about what to expect from Thursday’s hearing — and what questions likely will remain unanswered in the aftermath.

DEADLINE: What are you most anticipating from the committee at the hearing?

COSTA: The committee sees this hearing as an opportunity to  begin making its final case to the American people about its work so far. In some respects, this will be a summation of the committee’s work, and it’ll pull the thread on multiple fronts, from the pressure campaign against Vice President Pence, to the attempt to have alternate electors out in the states, all this will be detailed by different members of the committee based on what I’m hearing.

There will will also be new information brought before the American people, including new documentation of Secret Service exchanges and communications in and around the Capitol attack. That area of the probe has become a particular interest for the committee in its final phase here, learning more about how the Secret Service, different agents and leaders in that organization were communicating, how were they were describing the attack, how they were describing then-President Trump’s conduct. That’s become a new focus in recent months as they continue to dig into what exactly was happening behind the scenes. And the committee has often been working under the radar in recent weeks. They are still having people come in, taking depositions.

DEADLINE: So much has been made about how different these hearings have been compared to past congressional hearings. The former president of ABC News, James Goldston, has been an adviser. And some House Republicans have attacked the committee for some of the showier aspects of the hearings. What do you make of that?

COSTA: Typically committees in Congress are seen as going overboard when they have testimony that goes off the rails. What makes this select committee so different than the traditional congressional committee is that it’s highly coordinated and produced. It’s because there’s cohesion between the Republican and Democratic sides on the committee. You have a vice chair and a chair [Liz Cheney and Bennie Thompson] who share a vision and approach when it comes to this committee, and that has allowed James Goldston and other advisers to the committee to produce this in a way that almost no other congressional hearing is produced. So often there is a fight over testimony and questioning. So rarely do we see a congressional committee on the same page. ..Because of its unique nature, because of the bipartisan cohesion at the top of the committee, they have been able to produce this in a way that works for television, and works in a way for social media. Let’s not forget that as much as this is a television production, as much as this is a media event, the reason this committee remains important is because American democracy was taken to the brink on January 6, 2021, and people across this nation still have questions about why and how that happened.

DEADLINE: What sense do you have that the message — of democracy is under threat — is resonating with midterm voters?

COSTA: When I spoke to Vice President Kamala Harris I asked her, ‘What’s the key issue in the midterm elections?’ And she said, ‘Democracy’…And what we’ve learned is that, whether it’s President Biden with his democracy speech in Philadelphia, or Vice President Harris speaking to Face the Nation, many Democrats have started to put democracy at the top of their agenda when it comes to communicating to voters about the importance of these midterm elections. But many Republicans have also raised this issue. Liz Cheney, perhaps more than any other, has reached out to conservatives. I recently covered her speech at the American Enterprise Institute where she urged conservatives to get on the side of functioning democracy, of civil discourse and warning about former President Trump…Candidates traveling the country who are supporting election deniers are getting questions about this, which is good. As the press, reporters should be asking Republicans and Democrats about where they stand on American democracy. The issues of right and left, red and blue, long dominated our politics for decades. They are how I thought about politics when I was growing up. But no longer is that an appropriate prism. Partisan politics takes us only so far in understanding the current American political scene. For American political journalism to succeed in this tumultuous atmosphere, we have to vigorously cover the party but American democracy as well.

DEADLINE: What has surprised you the most about the way that the hearings have been presented?

COSTA: What surprised me the most is that they have drawn an audience. I always knew the story was intriguing and important. Working with Bob Woodward on Peril, we spent months and months digging into January 6th. But having spent nearly a year on a book related to January 6th, I was acutely aware that this story was of a book length in the sense that this story has so many different parts. And it’s like following the Game of Thrones, or some kind of television program where you have to keep track of the different ideologies, the different political tribes, and I wondered whether the American people would have the patience and the time to digest this complicated story. I have been heartened as a report that people are interested in learning more about what’s happening in their country to their government, to American democracy, and to see people pay attention whether it is in primetime or in the afternoon.

This is not just a social media scroll or a click on a link. This is something that takes time. We all don’t have that much time these days, but the networks, in particular CBS and the others too, have taken the time and that’s so important.

DEADLINE: What do you suspect will be some of the questions that will remain unanswered?

COSTA: The question after this committee finishes its work is what will the Department of Justice do? Their ongoing grand jury investigation about alternate electors schemes about January 6th in an alleged conspiracy to overturn the 2020 election. So the committee, after it closes its chapter, will now turn to the chapter of Attorney General Merrick Garland and the grand jury investigations, along with the other investigations. … What will they do on January 6th? Will they issue indictments or not?

DEADLINE: How often are you asked if you think Trump will be indicted?

COSTA: Almost every day. Every time I say the same thing. It’s not for me to predict an indictment, whether it is former President Trump or not. But I can tell you that this congressional investigation, and the amount of subpoenas that it has issued, the grand jury investigations with their continuing issuing of subpoenas, with their work beneath the radar, they’re covering a lot of ground.  They’re both complicated, sprawling investigations. … At the end of the day, Merrick Garland is going to have a very difficult decision to make, and it will be one based on evidence, and we will have to see what he does … But for now our job is to cover the subpoenas, figure out what people are saying, figure out where the story goes from here. It’s not for us to decide who is indicted or not.