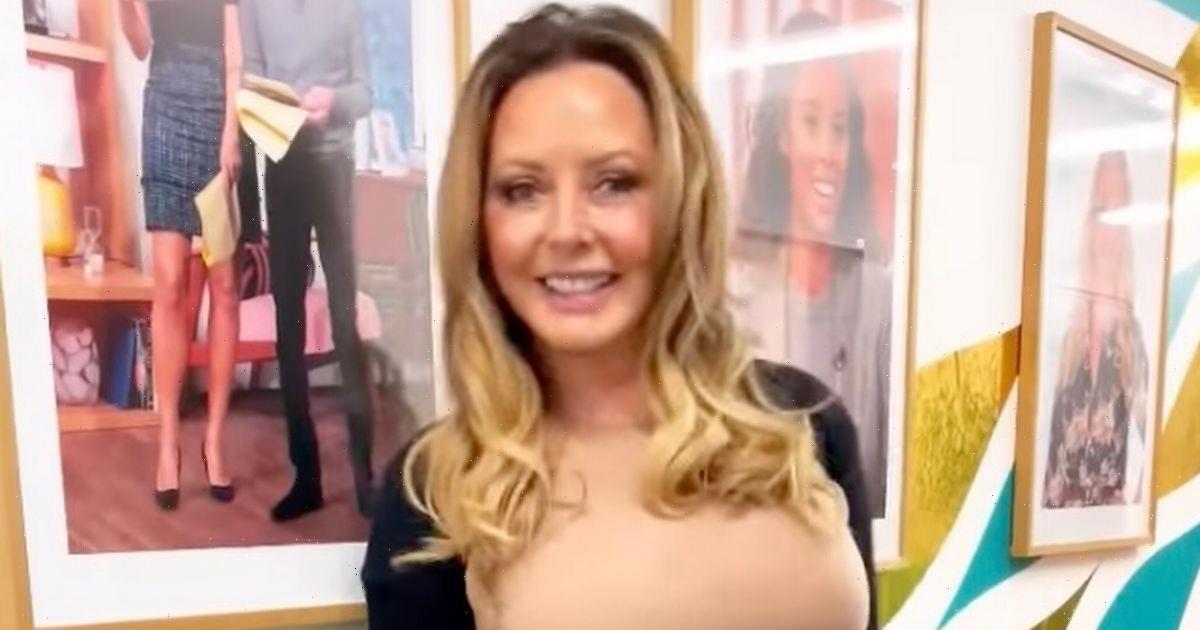 Carol Vorderman looked sensational as she showed off her incredible transformation in a new video on Friday.

The 61 year old flaunted her figure in a short clip uploaded on Instagram, as she arrived at the This Morning studios.

At first, Carol was seen in the video wearing a skin-tight gym wear set in the corridors of the studio, before she was then revealed in an entirely new outfit, which highlighted her amazing body transformation.

The presenter flashed a smile as she was next seen rocking a pink T-shirt, tucked into a form-fitting bold blue pencil skirt, with a pair of light yellow pumps. Carol accentuated her hourglass figure by completing her second outfit with a black belt, which was cinched at the waist.

It didn’t take long for fans to share their amazed reactions at Carol’s transformation reveal in the comments.

One person wrote: "Wow, Carol…. You certainly improve with age…. Incredible”, as they added a clapping hands emoji.

A second follower said: “I must say this every year but you get better with age!"

"A great advert for the over 60s. Looking fab Carol,” a third fan praised. Another simply added: "Them curves are a madness”.

Carol was reunited with her Celebrity Gogglebox co-star Gyles Brandreth as she appeared on This Morning on Friday.

The former Countdown host captioned after the show: "THIS MORNING. Another great morning at @thismorning with my date buster mate @gylesbrandreth."

Carol documented her body transformation over the summer as she ventured to a juice retreat in Portugal.

The star revealed by the end of her trip that she had dropped two dress sizes impressively, as she showed off her figure in bikini photos at the time.

Carol’s appearance on This Morning comes after she met with a group of women on World Menopause Day earlier this week, who are rallying for support on menopausal issues.

Speaking on the significance of the day, Carol wrote on Instagram: “I joined a great group of women for our @menopausemandate sessions with MPs and a rally. “Calling for more action on the issues of menopause. It’s frankly pathetic that in the 21st century we are still more or less having to beg for simple hormones to save our mothers, sisters, partners, wives from suffering often horrendous mental and physical issues WHICH ARE EASILY PUT RIGHT in most cases.

“Jeez…Anyway I wanted to know what I had to do to get arrested and @penny.lancaster a special Police Constable herself volunteered her services….lols…