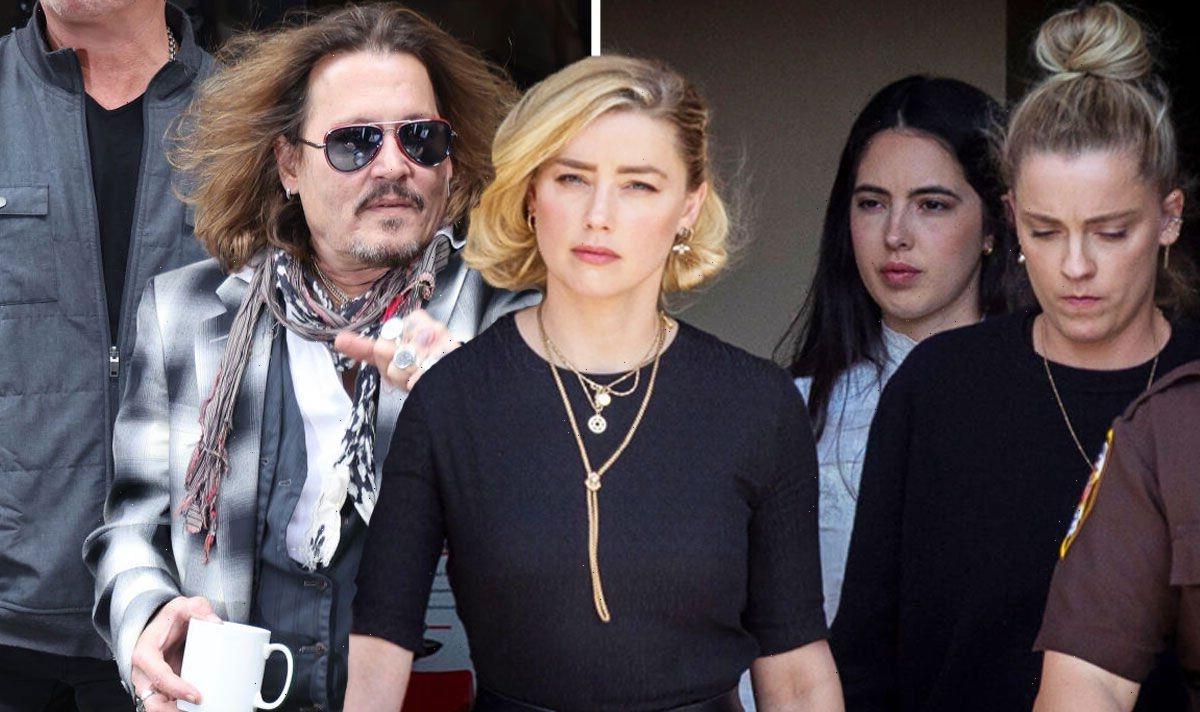 Amber Heard’s sister Whitney Heard said she will continue to “stand” by her sibling despite the outcome of the trial. The Aquaman star’s sister declared the “cards were stacked against us” as she took to Instagram following the Johnny Depp trial.

In view of her 28,700 followers, Whitney shared a photo that read: “#istandwithamberheard.”

She accompanied the post with a lengthy message as she offered her support to the actress.

Whitney began: “I still stand with you, sissy. Yesterday, today and tomorrow I will always be proud of you for standing up for yourself, for testifying both here in Virginia and in the UK, and for being the voice of so many who can’t speak to the things that happen behind closed doors.

“We knew that this was going to be an uphill battle and that the cards were stacked against us. But you stood up and spoke out regardless.”

She continued: “I am so honored to testify for you, and I would do it a million times over because I know what I saw and because the truth is forever on your side.

“I’m so sorry that it wasn’t reflected in the decision made by this jury, but I will never give up on you, and neither will anyone who stands with you. Forever by your side… #istandwithamberheard.”

The 36-year-old Aquaman star was found by a jury in Fairfax, Virginia, to have defamed her ex-husband in an article in which she claimed she was a victim of domestic abuse.

Depp was awarded $15million in compensatory and punitive damages.

Heard’s sister had also testified on her behalf during the case.

Depp sued Heard for $50million for defamation following the publication of a 2018 piece in The Washington Post in which she alleged she was a victim of domestic abuse but had not named him specifically.

The jury found that the actress had acted with “malice” and awarded Depp $15million in damages.

Heard had countersued her ex for $100million and the jury awarded her $2million in punitive damages.

The Hollywood actress released a statement following the verdict in which she admitted to being “heartbroken” over the decision.

She said: “The disappointment I feel today is beyond words. I’m heartbroken that the mountain of evidence still was not enough to stand up to the disproportionate power, influence, and sway of my ex-husband.

“I’m even more disappointed with what this verdict means for other women.

The actress also claimed that the jury overlooked “the key issue of freedom of speech”.

She added: “I’m sad I lost this case. But I am sadder still that I seem to have lost a right I thought I had as an American – to speak freely and openly.”

Meanwhile, Johnny has joined Jeff Beck on his UK tour following his victory against his ex-wife.

The actor reportedly racked up a £50,000 bill after dining at a curry house in Brimingham.