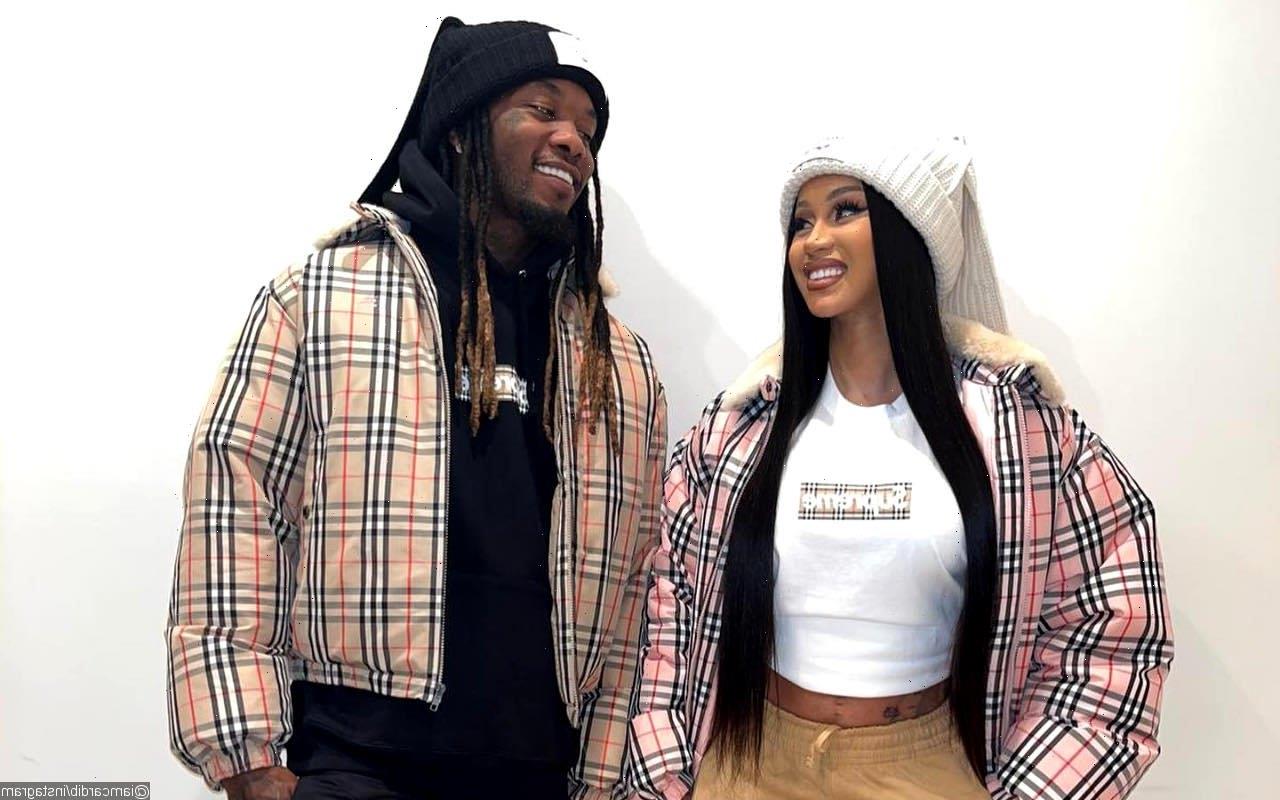 In a new interview, the ‘Bodak Yellow’ femcee also reflects on the ups and downs in her marriage to the Migos rapper with she announcing their split in December 2018.

AceShowbiz –Cardi B shared in a new interview that she and husband Offset got married as a dare. Speaking with Essence for her cover story, the “WAP” rapper shared that she gave him an ultimatum before they have babies together.

The two tied the knot in the Migos rapper’s Atlanta home on September 20, 2017. Seven months after getting married, Cardi announced she was pregnant with her first child during her appearance on “Saturday Night Live“.

While Cardi was excited about starting a new chapter in her life, Cardi was concerned about maintaining the momentum of her career before the baby’s arrival. Offset was there supporting her.

“He kept telling me, ‘Trust me. It’s going to be alright. You’re huge. Everybody loves you. People are going to understand,’ ” so she said of the “Open It Up” rapper. “And I just kept telling myself, I have to put out my album before I get big and I can’t do these music videos. I can’t let everybody in the industry that believes in me down.”

The two welcomed their daughter Kulture Kiari Cephus in July 2018. Cardi described her daughter as “a breath of fresh air” in her life as she recalled that “people used to be on some ‘You’re a fourth baby mom’ s**t” prior to Kulture’s birth. Offset has Jordan Cephus, 12, Kalea Marie Cephus, 7, and Kody Cephus, 7, from previous relationships.

“But when I had my baby, I felt like things were going to be alright, because I know the type of man that he is with his kids,” she went on to say. “It’s hard for me to explain, but I see how much he loves his kids and how passionate he is about his kids, and I love that.”

As for Offset, he admitted that he was “scared” of fatherhood at first. Thankfully, his confidence grew as he has more kids. “It’s a blessing to be able to have them all together, and to have a wife who’s open and treats them as if they’re her kids,” Offset said of his older children. “It could be an issue, but I don’t have to go through that, and that’s beautiful.”

In the interview, Cardi also reflected on the ups and downs in their marriage with she announcing their split in December 2018. “I feel like our first year, even though we were in love with each other, we had a lot of lust,” Cardi said. “We didn’t really know each other like that, because he was doing four shows a week. I was doing four shows a week. We would see each other about three or four times a month.”