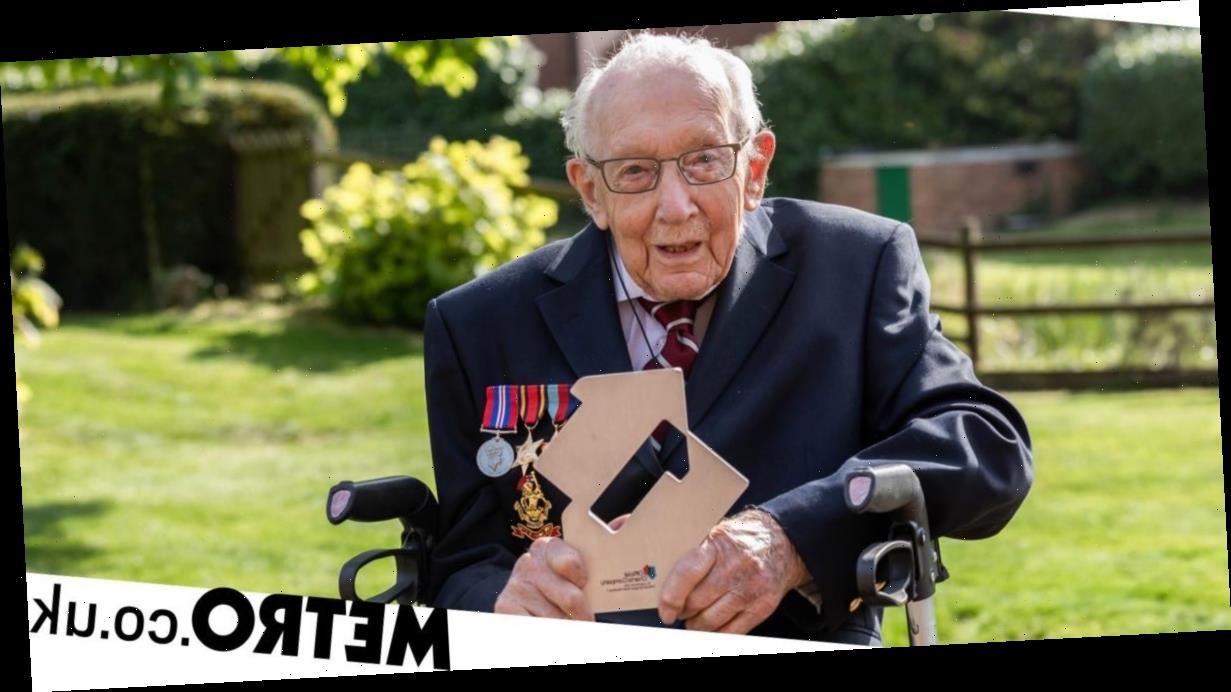 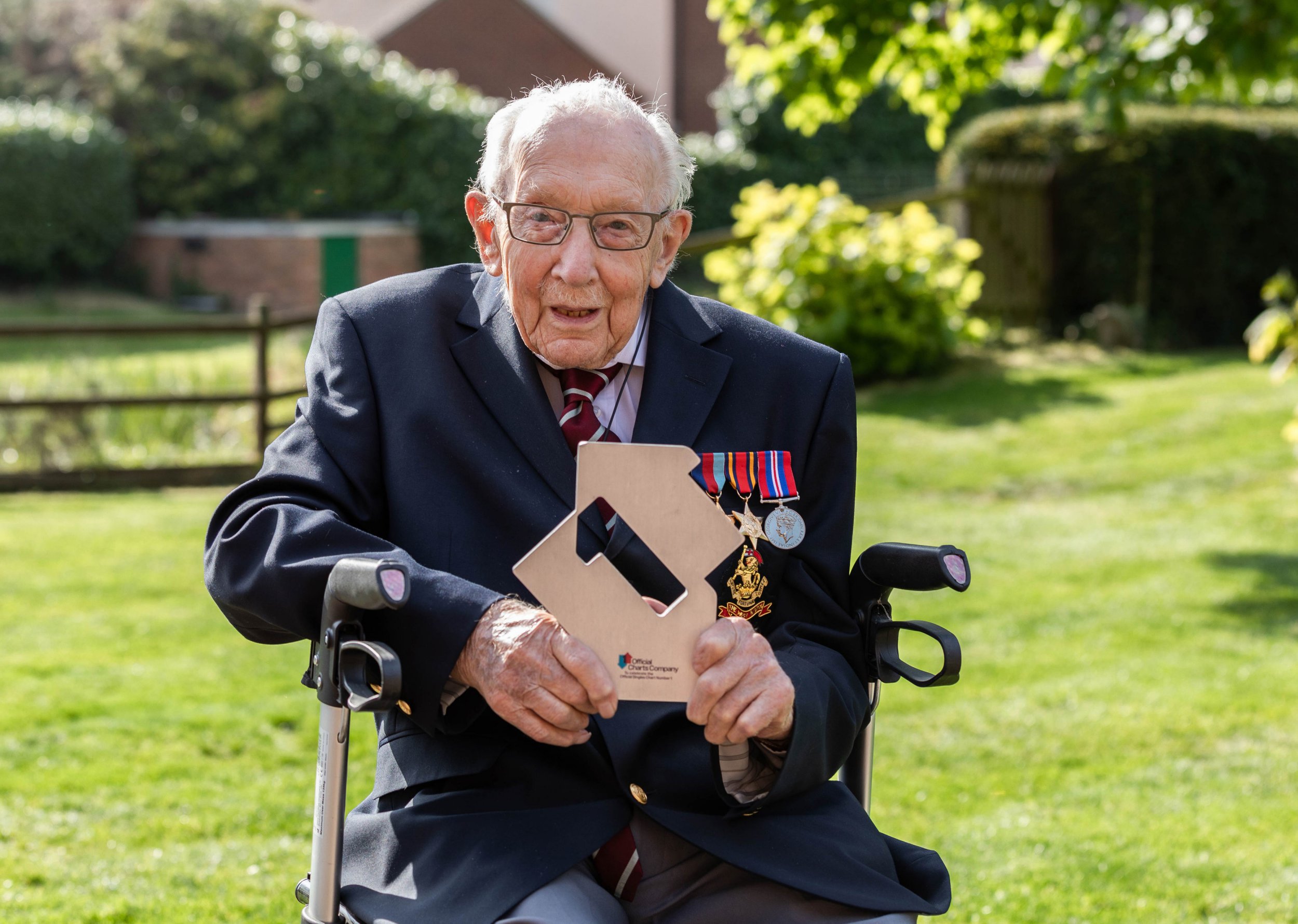 Captain Sir Tom Moore left his mark on the world as a hero in the fight against coronavirus, raising close to £33 million for the NHS. However, he also became a chart-topping pop star.

The 100-year-old army captain died on Tuesday after battling Covid-19 and pneumonia.

Sir Tom was already a retired war veteran when he rose to fame last year, but then found himself launching a new career as a singer in his golden year.

After raising money by walking 100 laps of his garden, Sir Tom collaborated with singer Michael Ball for a cover of Jerry and the Pacemakers’ ballad You’ll Never Walk Alone.

Released in April, Sir Tom earned his first number one with the charity single and, perhaps even more incredibly, managed to end The Weeknd’s reign on the top spot.

With his achievement, Sir Tom became the oldest person to have a UK number one single.

Following news of his death, Martin Talbot, Chief Executive of the Official Charts Company, told Metro.co.uk: ‘The news of Sir Captain Tom Moore’s death is so very sad for everyone, not least those of us who worked with him and his team when he became the Official Chart’s oldest Number 1 artist in history in April last year, at the height of the 2020 Covid-19 pandemic.

‘It cannot be understated how significant his rise to Number 1 was last year. In most weeks, the Official Singles Chart is a reflection of the nation’s favourite music, but occasionally an individual or cause comes along which transcends all of that.

‘Captain Tom’s chart-topping success reflected just how much the nation had taken this incredible gentleman, his astonishing fund-raising walk and his words of inspiration to their hearts at one of the most challenging points of the nation’s history.’

Talbot continued: ‘It was an achievement which not only dominated all of our thoughts in the UK, but which spun around the world too – we received calls about his success from as far afield as Australia and other more remote parts of the world.

‘It was an honour for all of us at the Official Charts Company to be involved in producing that historic chart, just six days before his 100th birthday last April.’

In September, the war hero made an appearance on Piers Morgan’s Life Stories and moved viewers with his tales of the Second World War.

It was then revealed that Sir Tom’s life story was being turned into an ‘uplifting’ and ‘life affirming’ biopic focusing on his ‘close relationship with his family and explore how his strength, wisdom and humour changed the way they viewed the world’.

Reacting to having his own movie, Sir Tom joked: ‘I don’t know of any 100-year-old actors but I’m sure Michael Caine or Anthony Hopkins could do a wonderful job if they were prepared to age up!’

Sir Tom then cemented his status as a bonafide celebrity when he became the oldest person to grace British GQ’s cover, before accepting their inspiration of the year gong at the GQ Men of the Year awards.

Reflecting on his rise to fame, Sir Tom told Metro.co.uk in April: ‘If the lockdown was not in place no one would have heard of me.

‘I am purely just here to help out our wonderful NHS, and support this truly worthy cause. I don’t feel famous! All I can say is a huge thank you to everyone for supporting me.’