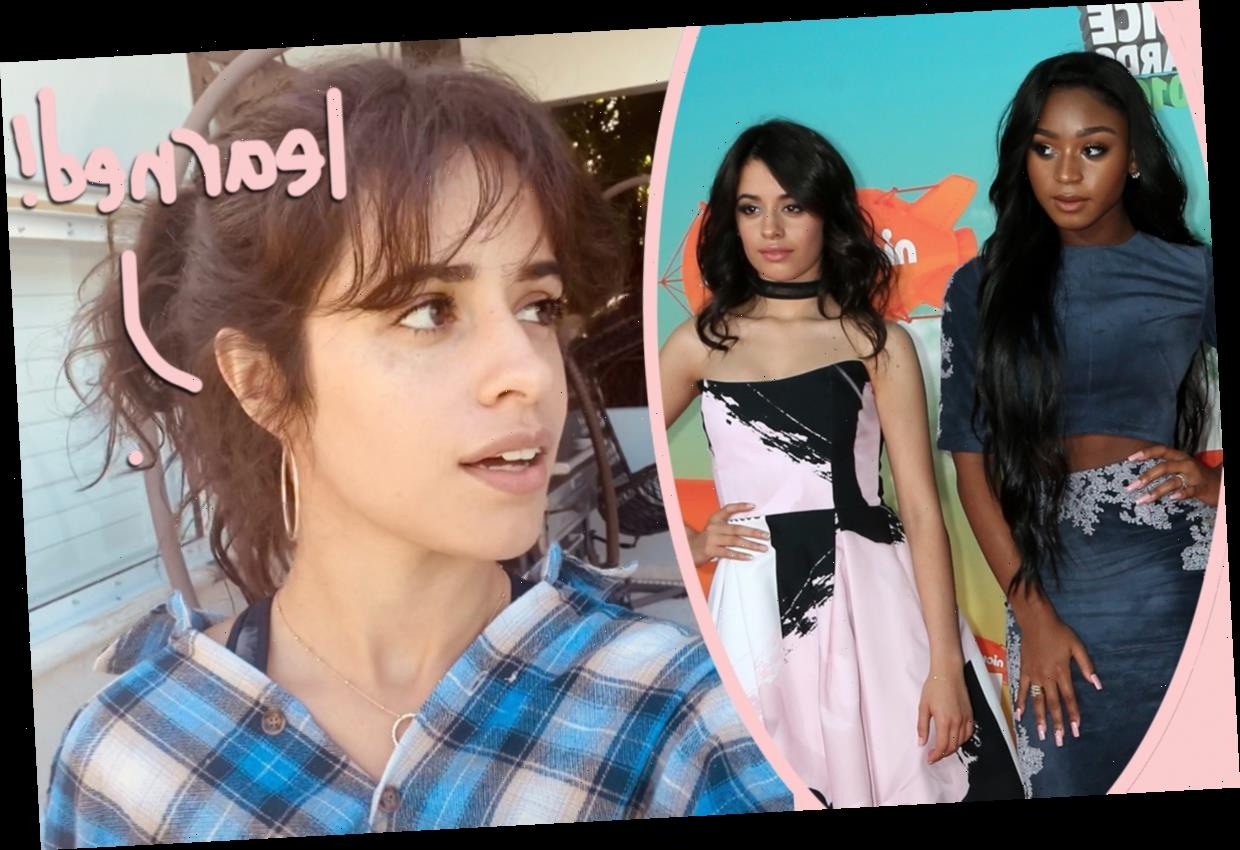 Is this what one does to get uncanceled these days?

Remember back in 2019 when fans uncovered Camila Cabello‘s many old super racist Tumblr posts? At the time she apologized, saying she had been “embarrassingly ignorant and unaware” when she was a teen:

“When I was younger, I used language that I’m deeply ashamed of and will regret forever. I was uneducated and ignorant and once I became aware of the history and the weight and the true meaning behind this horrible and hurtful language, I was deeply embarrassed I ever used it.”

Well, we guess the former Fifth Harmony member still didn’t think she had become aware enough because we just learned she did a sort of racism rehab to really educate herself on the issues.

The 24-year-old was featured in People Magazine’s Women Changing the World issue for her work with the Healing Justice Project. She helped launch the project in January to help raise funds for mental health support for grassroots organizations.

All this from someone who had posted N-word memes online. Huh. What led to such a turnaround?

Camila told People after the racism controversy she reached out to a group called the National Compadres Network and took part in weekly racial healing sessions:

“It created a space where I was held accountable. You get corrected, you have homework, and you learn. That’s how you move forward. Now I know better so I can do better.”

But it wasn’t just homework, apparently. Camila actually put her time and energy where her mouth was and started helping:

“As I learned more about other people’s experiences in the world, I was like, ‘How do I help the people who are on the frontlines of dismantling systems that create oppression? And how do I bridge that with my own personal journey with mental health and healing?’”

It seems like a big step forward. We can’t help but wonder how one of the people most hurt by Camila’s racist past feels about this new Cabello.

We are of course referring to her former bandmate Normani. Back in February of 2020, just a couple months after the infamous Tumblr was unearthed, Normani released a thoughtful statement on how the scandal had personally affected her as a Black woman who was supposed to be friends and colleagues with the offender. She wrote on her IG:

“It would be dishonest if I said that this particular scenario didn’t hurt me. It was devastating that this came from a place that was supposed to be a safe haven and a sisterhood, because I knew that if the tables were turned I would defend each of them in a single heartbeat. It took days for her to acknowledge what I was dealing with online and then years for her to take responsibility for the offensive tweets that recently resurfaced. Whether or not it was her intention, this made me feel like I was second to the relationship that she had with her fans.”

But she rose above the hurt even then to at least offer the possibility of growth, saying:

“I don’t want to say that this situation leaves me hopeless because I believe that everyone deserves the opportunity for personal growth. I really hope that an important lesson was learned in this.”

What a fantastic sentiment we wish we saw more of right now. It seems, at least, that Camila did learn an important lesson and did grow as a person.

And you know what? If you want to believe she’s faking it or doing it all for the PR, go ahead. But it doesn’t change the fact she’s helping. The Healing Justice Project has already raised over $250,000 dollars for Black Leaders Organizing Communities, Faith For Justice, Freedom, Inc., Living United for Change in Arizona, Mass Liberation Arizona, MN350, Muslim Women For, QLatinx, Southerners on New Ground, and Student Advocacy Center of Michigan.

What do YOU think of Camila’s change? Should everyone be attending racism classes and doing their homework like she, and Chris Harrison (apparently)??