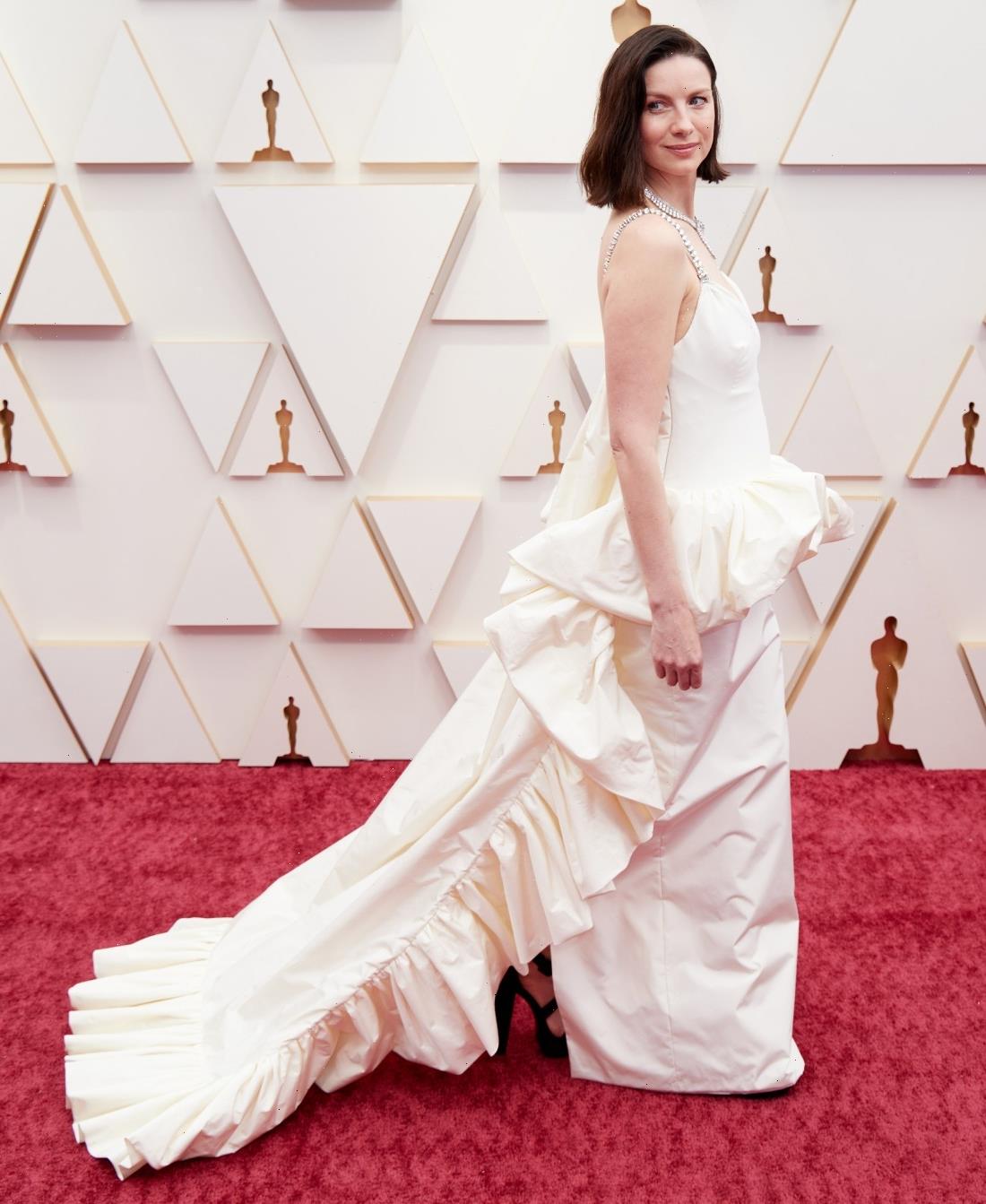 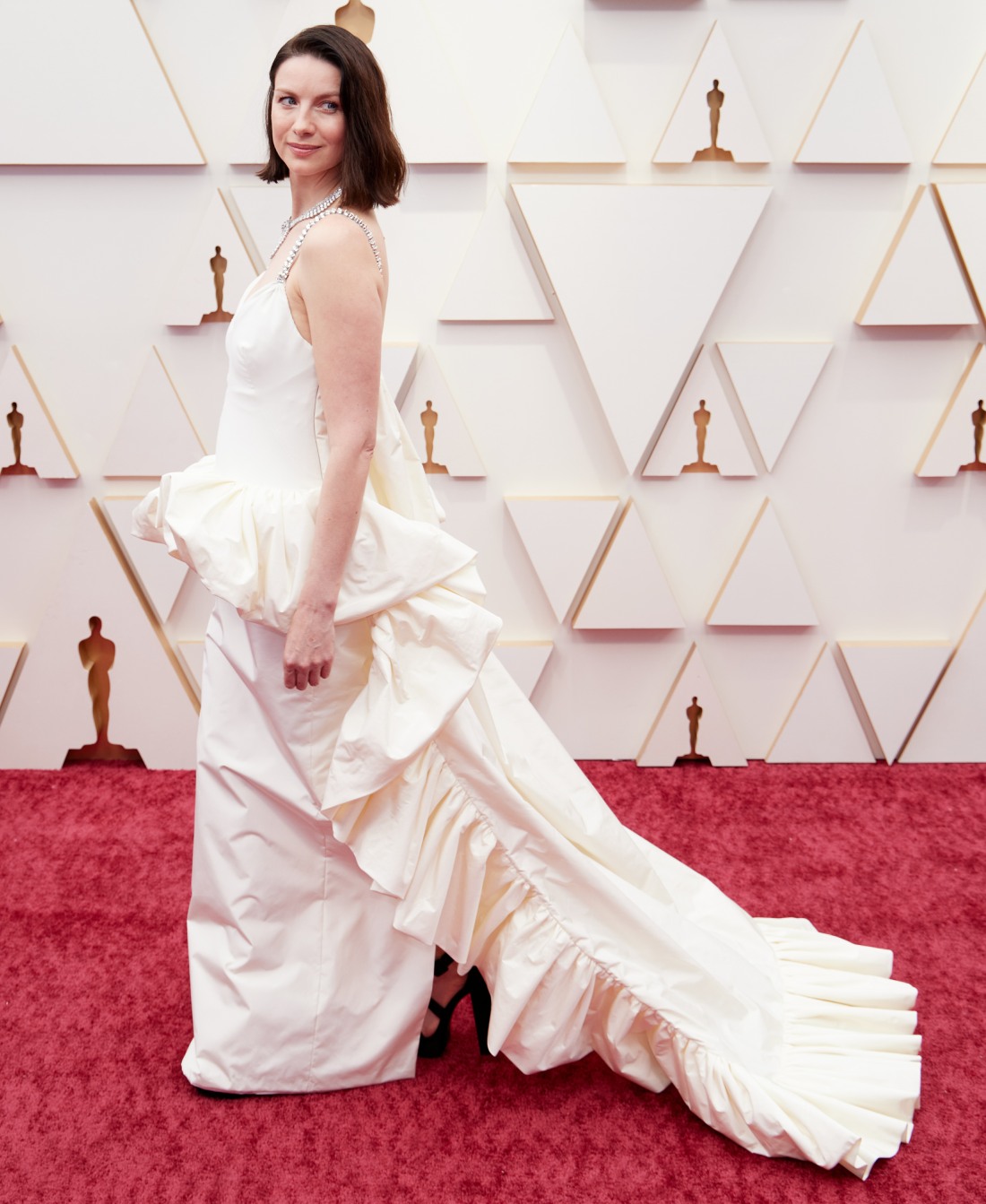 Here are some of the Louis Vuitton looks from the 2022 Oscars. Let’s just dive in with Caitriona Balfe. Arguably one of the most beautiful women in the world, a former model-turned-successful-actress, star of one of the Best Picture nominees. And she shows up in this ruffled ‘80s nightmare. A WAIST RUFFLE. It’s not even a peplum, it’s just a god-awful waist ruffle which swoops back into a dust ruffle train!! Who thought any of this was a good idea? Even the bust of this dress is AWFUL. 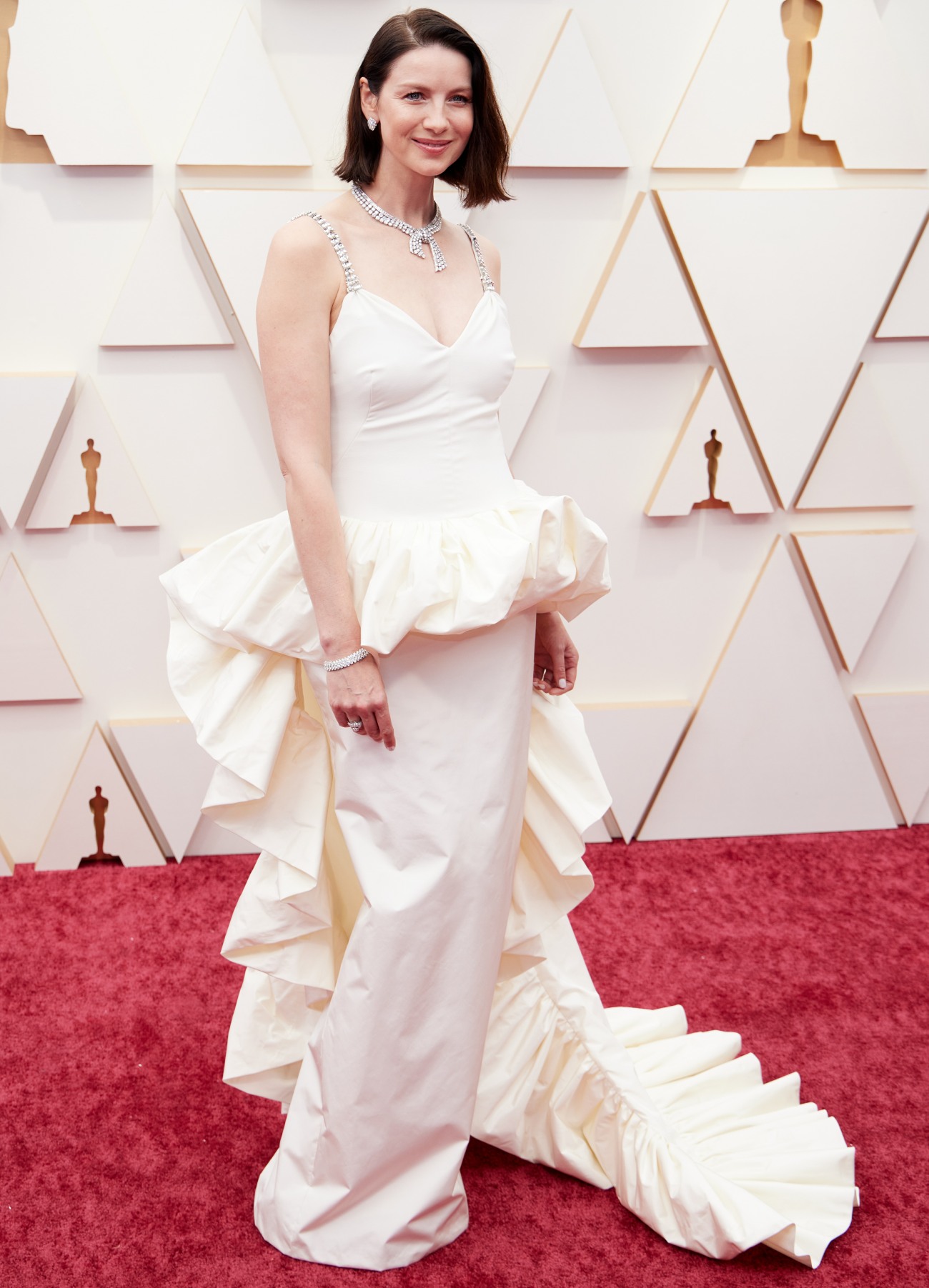 The only Louis Vuitton look of the night which I actually liked and appreciated was on Alana Haim. They said on E!’s Red Carpet that she saw the gown at the LV show in Paris and that they worked on customizing it for her for like a month. She looked so beautiful, and I love that she really made an effort to go very traditional and pretty. She brought her sisters as her dates! She seemed very loose and happy, which made this dress pop even more. 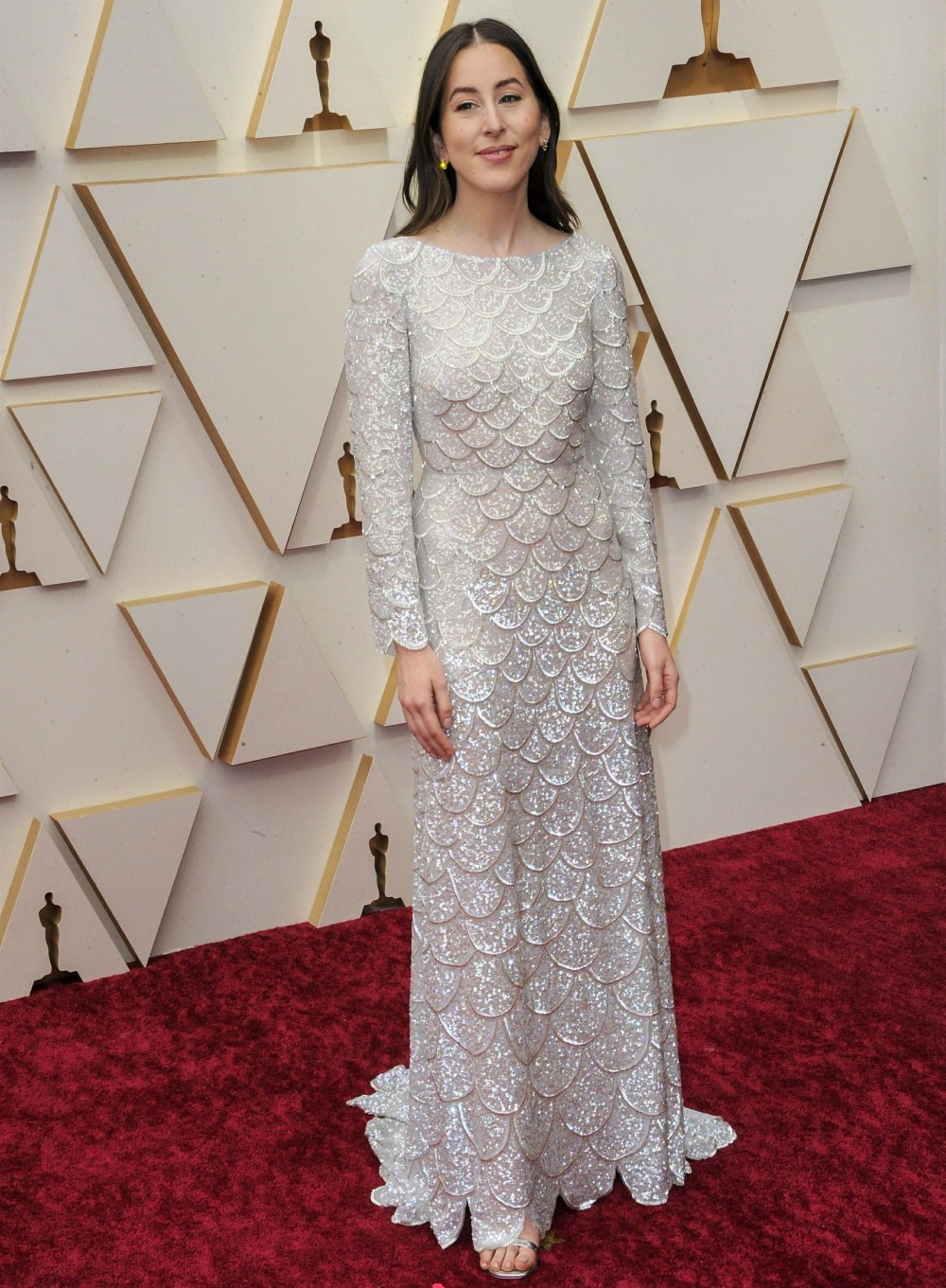 Timothee Chalamet in Louis Vuitton. This child is a mess. Bless his heart, I do love him and Timmy loves fashion and trying out unconventional menswear. I love that about him. But showing up to the Oscars shirtless? In a sparkly jacket from the MC Hammer line?? 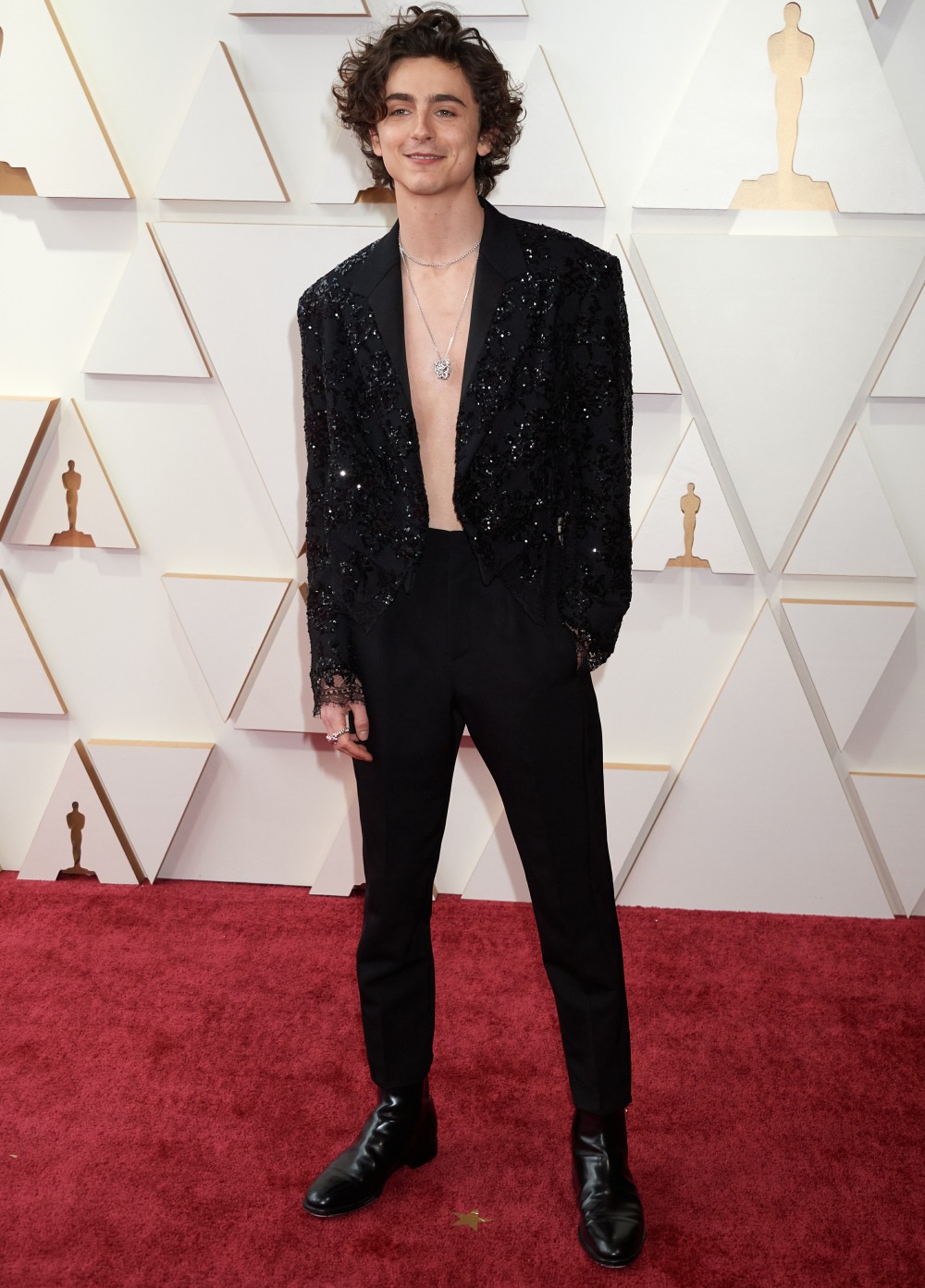 Renate Reinsve in Louis Vuitton. My biggest disappointment of the night. She’s the lead in The Worst Person in the World, and she’s a brilliant, beautiful actress. I hate that she came to the Oscars in this look-what-the-cat-dragged-in mess. 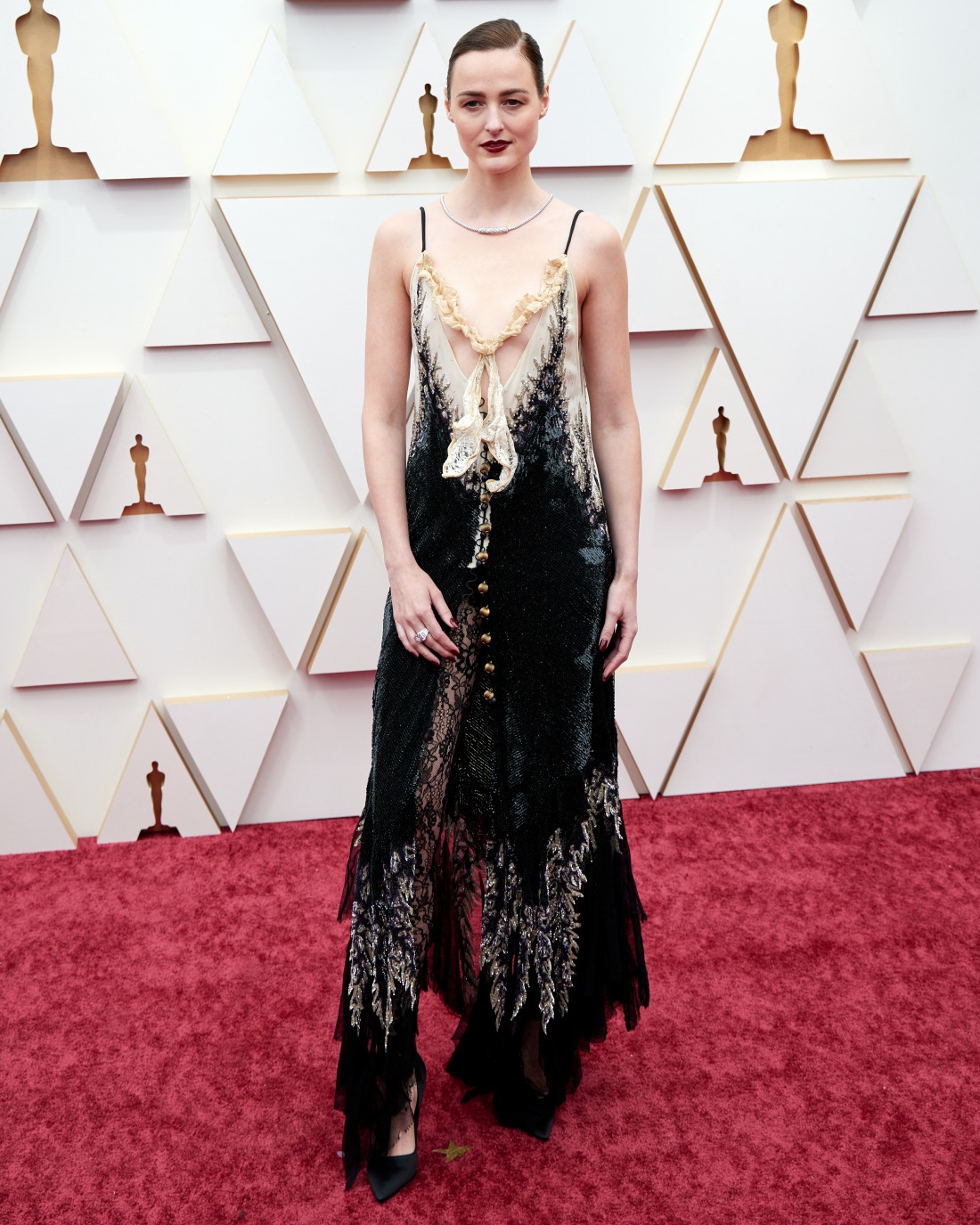 Cynthia Erivo in Louis Vuitton. Eh. I don’t love it but it’s not the worst. It’s even sort of interesting.