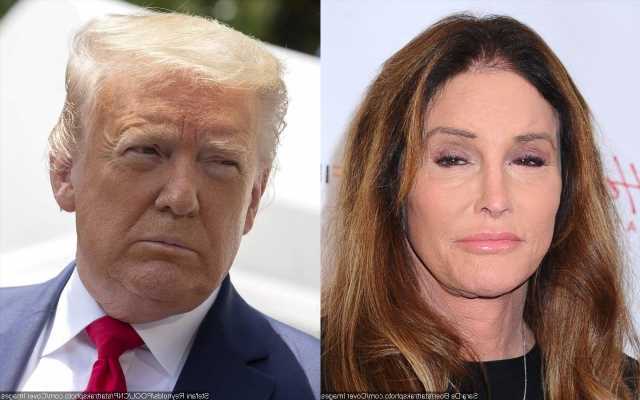 The transgender right activist appears to endorse the former POTUS as the next president after saying last year that she didn’t vote for Trump in the 2020 election.

AceShowbiz –Caitlyn Jenner has seemingly made her choice way ahead of the next presidential election. The reality TV star has shown her support for Donald Trump amid speculation that he will launch his 2024 presidential campaign in the coming days.

Over the weekend, the Olympic gold medalist retweeted a post from Trump’s spokesperson Taylor Budowich which featured a “red wave” promo for the November 8 midterm elections. The ad included speeches from some prominent Republican figures, including former president Trump.

Budowich captioned the video, “Save America!” Jenner added on her own tweet, “SAVE AMERICA AND VOTE #MAGA.” Making it clearer whom she particularly supports is, she then reposted her tweet to her Instagram Story, adding, “#maga @realdonaldtrump.”

Jenner’s tweet arrives amid speculation that Trump will soon announce the launch of his 2024 presidential campaign. On Monday, November 7, he teased that he will make “a big announcement” on November 15 at his Mar-a-Lago resort.

“I’m going to be making a very big announcement on Tuesday, November 15th at Mar-a-Lago in Palm Beach, Florida,” so the former president said at a Save America rally in Vandalia, Ohio on the eve of the midterm elections.

Trump was reportedly considering whether to launch his third presidential campaign at the Ohio rally, but national Republicans reached out to him and urged him to hold off, fearing that his announcement could energize Democrats and potentially alienate independent voters. “We want nothing to detract from the importance of tomorrow,” Trump said.

Meanwhile, Jenner admitted last year that she didn’t vote for Trump in the 2020 presidential election. The transgender rights activist revealed she didn’t even bother to vote at all, saying, “I didn’t even vote. Out here in California, it’s like, why vote for a Republican president? It’s just not going to work. I mean, it’s overwhelming.”

The “Keeping Up with the Kardashians” alum, however, has since changed her mind as she revealed in July 2021 that she “would support” Trump if the former president runs for election in 2024. “If I was governor of the state of California.. obviously, I would support him,” she said after announcing her run for governor of California in April.