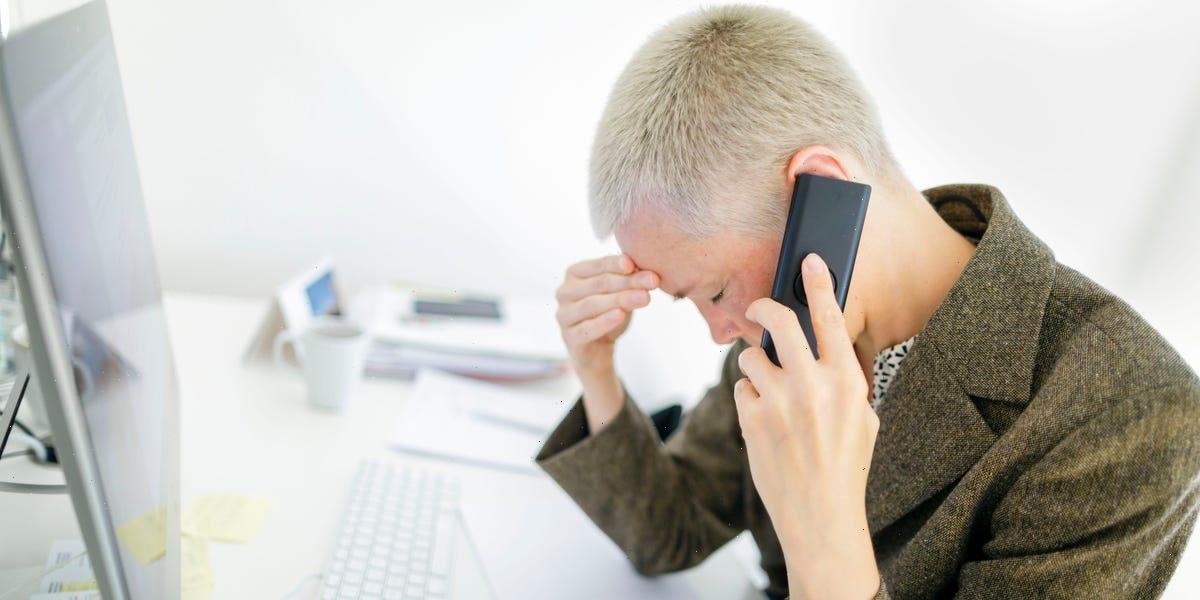 Ad agency Gut Miami, which creates ads for Netflix, Coca-Cola, and AB InBev, recently announced its creative department staff couldn’t take vacation the month before the deadline to submit campaigns for the industry’s biggest awards show, Cannes Lions. A similar vacation ban applied to all staff the week before Christmas.

“Urgent exceptions will be evaluated on a case-by-case basis,” read a memo reviewed by Insider.

CEO Anselmo Ramos said Gut never prevented anyone from taking their vacation days. He said the agency gave an additional week off to staff in the pandemic and extra time off to parents who needed to make child care arrangements. And no one objected when leadership announced the blackout, he said.

But a Gut employee said the policy didn’t sit well with staffers, who have been frequently working weekends during the pandemic. They also had to prepare their own awards submissions, which is unusual for an agency Gut’s size.

According to 16 ad professionals who spoke to Insider, workloads have increased during the pandemic, leading some to burn out and leave the industry altogether.

Layoffs — which have affected major advertising companies WPP, Omnicom Group, IPG, MDC Partners, Publicis Groupe, and Dentsu, among others — also increased people’s workloads and caused some to fear that they’ll lose their jobs if they take vacation or don’t put in the extra hours.

“We’re working harder than we ever have,” said copywriter Eammon Azizi, one of several advertising pros who told Insider they’ve left their companies recently, citing burnout. “We are expected to be connected all the time. There is a feeling of guilt to take a lunch or a walk. You’re always giving people updates on what you’re doing. I have more meetings than ever. Everyone wants to touch base all the time.”

Joe Cole, a former strategist at agencies including The Richards Group and RPA, also left agency life to freelance last year, citing “an unlimited amount of work.” He also recently purchased a campervan to travel and “reset.”

When the pandemic hit, marketers went into crisis mode. For some industries like travel, business stopped. Marketers slashed their budgets, leading their agencies to cut staff.

Other marketers shifted messaging to respond to the pandemic. Agencies had to produce ads virtually, and many touted their abilities to shift campaigns and deliver digital ads in days and hours.

The shift took its toll on employees. Some people said they worked up to 75 hours a week at the height of the pandemic. While many clients are out of crisis mode, they still expect agencies to produce and respond faster.

“Our clients tend to be Fortune 500 companies,” said one social strategist at a holding company-owned agency, who requested anonymity. “In the summer months, it’s easy for them to say they’re not available after noon on Friday, but if a client has a last-minute ask, the expectation is it will get done even if they aren’t working.”

The strategist’s own workload increased in the pandemic as many brands ramped up their social media messaging.

“With agencies, there’s always an expectation that you’re available,” the strategist said.

Another agency employee, at WPP, said the workload increased even more last summer when marketers restarted agency searches and projects that were paused at the beginning of the pandemic.

The employee, an executive creative director, said clients have also requested tighter turnarounds. One project that normally would take three weeks to complete had a one-week deadline, for example.

“At one point between August and December, I was working 75 hours a week,” said this person. “Pitches went throughout the holiday. Some clients acted like there was no holiday. I try to empathize and put myself in clients’ shoes. I’m sure they have their own people to answer to. But what causes them to say this is OK?”

The social strategist said they wish agency leaders would push back. “[Leaders] bend over backwards for these billion-dollar corporations, but not for employees.”

Agencies have long had a reputation for rewarding people who work long hours and are available 24/7.

“The agency environment is just built to grind you to the dust,” said Lavall Chichester, founder of consultancy Growth Skills, which teaches sales and digital marketing skills to ad professionals. He left the agency world in 2018 after panic attacks nearly cost him his life.

Chichester said the first panic attack was in 2015, when he’d been working late nights on a big new business pitch.  It caused him to black out and fall headfirst onto the New York subway tracks. He said a bystander saved his life, but he was badly bruised and he broke his leg.

“It’s the natural culture at agencies,” Chichester said. “There are times when [the work] all laddered up to you and you had to stay late. It’s extremely stressful, especially when you’re in a pitch. You don’t sleep. You’re locked in a room, slaving away on a deck. You can’t run your body ragged. You can’t work endless hours and think it’s not going to affect you.”

Aniesia Williams, chief client and communications officer at Brooklyn-based Solve Innovation Group, said she and fellow leaders at her company have been pushing back with clients, telling them to put things in email rather than scheduling a meeting.

Williams said the agency also encourages staff to take mental health days on top of vacation, log off early, and not respond to notifications or client emails.

She said employees are not only dealing with COVID but stress from news like the deaths of Black Americans by white police officers.

“When George Floyd happened, it was exhausting,” Williams said. “As a firm of color and a woman of color, having to be on Zooms and doing this all while folks are protesting and getting shot down in the streets, that was hard.”

Duane Brown, the founder and head of strategy for five-person Canadian performance marketing agency Take Some Risk, said he’s been telling staff they don’t need to work on weekends. “The work will be here on Monday,” Brown said.

IPG’s The Martin Agency has been enacting company-wide vacations.

“People didn’t take a lot of time because they couldn’t go anywhere,” The Martin Agency chief culture officer Carmina Ortiz Drummond said. “So the mentality this year is making sure people are taking off. We found agency-wide time off to work, so we did, for example, a four-day weekend for spring break.”

Some people interviewed just wish advertisers, too, would be more realistic with their expectations, saying at the end of the day, the work is not all that urgent.

“This is marketing, it’s not life or death,” said an independent agency employee. This person said they are leaving the agency in two weeks — due to burnout.