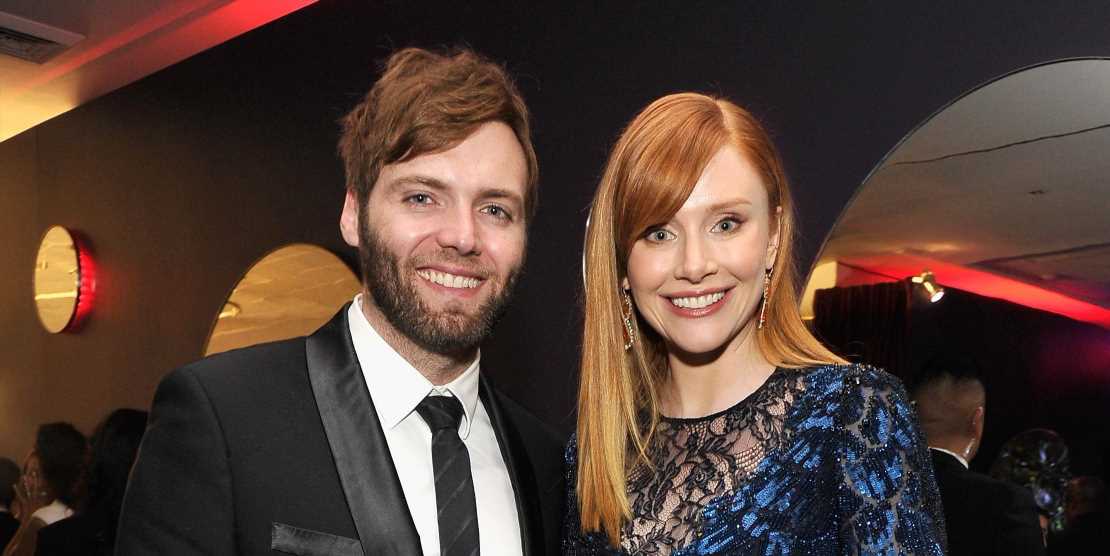 In case you’re in the mood for one of the cutest Hollywood love stories (yep, those still exist) here’s a great one for you: Bryce Dallas Howard and her husband Seth Gabel have been together for over 21 years 🤯🤯🤯. Aaaaand as a matter of a fact, the two are college sweethearts and met before their acting careers took off. Before getting into all the deets surrounding their longtime ‘ship, I’ve gotta warn you: you might get a little teary-eyed here or there. Fair warning. Let’s get into it, shall we?

Bryce and Seth both attended the Tisch School of the Arts at New York University to study—yep, you guessed it!—acting. Per The Things, they met back in 2001, and though Seth ended up graduating in 2003, Bryce actually dropped out after three years since she was already booking roles. That said, she actually later wound up going back to finish her degree in 2020, which is iconic. It’s all about the long game, people!

Because of an Insta post Dallas shared 21! years! later!!! we now know these two lovebirds had their first date in February 2021.

All throughout this year, Bryce performed as Rosalind in the William Shakespeare comedy As You Like It at The Public Theater in New York City. During this time, two things occurred: (1) she caught the attention of film director M. Night Shyamalan, who just two weeks later would cast her in his fantasy thriller The Village and (2) she got engaged to Seth. TL;DR: It was a pretty freakin’ good year.

Bryce and Seth tied the knot in Greenwich, Connecticut after dating for five years. Though public pics of their special day are few and far between, Bryce shared tons of amazing ~content~ in November 2019 while paying tribute to the designer of her dress, Zac Posen.

According to The Things, about a week after the college sweethearts got married, Bryce found out she was pregnant. The two then welcomed their first child a few months later in…

Their son, Theodore Howard-Gabel, was born on February 16, 2007, and he’s honestly precious. 🥺

Bryce opened up about having postpartum depression for the very first time via a Goop essay and shared the following:

“Postpartum depression is hard to describe—the way the body and mind and spirit fracture and crumble in the wake of what most believe should be a celebratory time. I cringed when I watched my interview on television because of my inability to share authentically what I was going through, what so many women go through. I fear more often than not, for this reason alone, we choose silence. And the danger of being silent means only that others will suffer in silence and may never be able to feel whole because of it. Do I wish I had never endured postpartum depression? Absolutely. But to deny the experience is to deny who I am. I still mourn the loss of what could have been, but I also feel deep gratitude for those who stood by me, for the lesson that we must never be afraid to ask for help, and for the feeling of summer that still remains.”

Five years after Theo’s birth, the couple’s second child, Beatrice Howard-Gabel, was born. Just a few months prior in September 2011, Bryce shared with ET Canada during the Restless premiere at the Toronto International Film Festival that she had already found out the sex of the baby but was keeping it a secret. “We do know—we didn’t know for a while. We just found out recently…At this point [we’re telling] just family.”

Bryce *also* said she was eager to experience being pregnant again. “It’s kind of euphoric. It’s the greatest, I love it…The thing that every parent hopes for is that the baby’s healthy, I’m healthy. No matter how you feel, that’s the most important thing.”

Bryce and Seth reveal they moved back to the East coast after living in California, and they shared all of the deets with Architectural Digest:

Bryce also talked about the funny connection her home has to her career, since in The Village, “William [McChord Hurt] played my father…And then, later, we found out that [my house] was actually William Hurt’s home 30 years prior!”

Seth celebrated Bryce’s 40th birthday with *the* most touching tribute, which also doubly allowed us to confirm these two have known each other for over *whips out calendar* half their lives.

Not one to be outdone, Bryce *also* celebrated Seth’s 40th birthday and posted this on her Instagram:

Oh, this? Not much, just the CUTEST MOTHER’S DAY HOMAGE:

The couple most recently celebrated their 16th wedding anniversary in June 2022, and needless to say, it was full of adorable Insta musings.

That’s pretty much all we know about the couple, but make sure to check back in for pro-tips on how to write gushing Insta captions about your S.O.