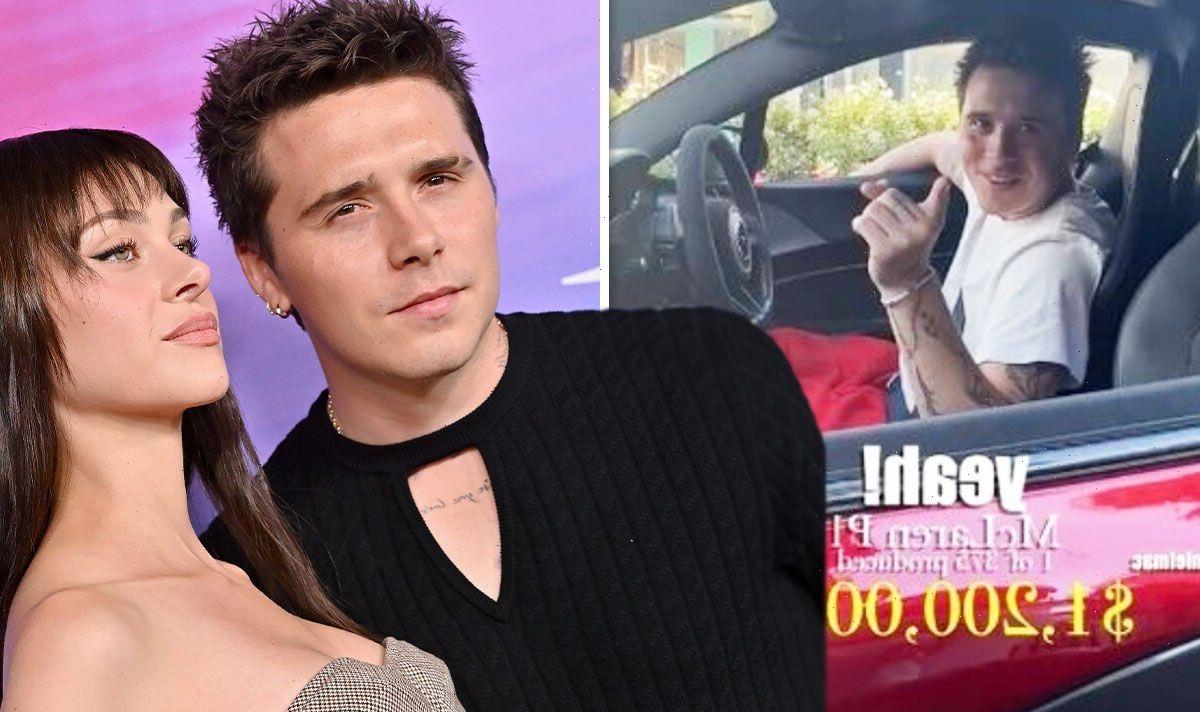 Brooklyn Beckham and Nicola Peltz get married in Miami

Brooklyn Beckham, 23, became the centre of criticism on social media after he was approached by a TikToker who asked how he made a living, due to his jaw-dropping supercar. David and Victoria Beckham’s eldest son explained that he was a chef as he sat inside a burgundy McLaren P1 in Hollywood.

The supercar commanded so much attention that TikTok and YouTube star Daniel Mac stopped Brooklyn to interview him for one of his videos.

Daniel became popular online for his videos, where he approaches strangers in their supercars and asks them what they do for a living.

Filming David and Victoria Beckham’s eldest son while he was at the wheel, Daniel enquired: “Hey man, what do you do for a living? Your car’s awesome.”

Brooklyn said, after recognising the social media star: “Oh my god, I know you,” before adding: “I’m a chef.” 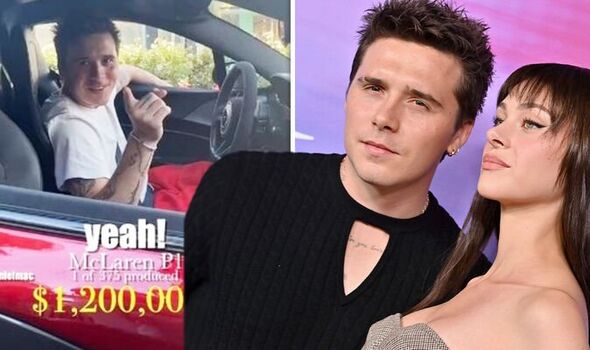 Daniel continued: “Are you like the best chef in the world?”

Brooklyn vaguely replied: “Trying to be.”

When asked for some advice for those trying to get into the same career, Brooklyn said: “Just follow your passion.

“Whatever makes you happy, just keep doing it.”

However, the video caused a stir amongst social media users, who were quick to take to the post’s comments section to mock Brooklyn.

“What do you do for a living? ‘my parents are rich so I just kinda vibe’,” quipped one user.

A third viewer exclaimed: “Born into a multimillionaire family and now married a billionaire’s daughter. But he’s a chef!!”

“The guy has never worked a shift in a restaurant in his life.”

Following the nuptials, the couple announced to the world their hopes to “start a new thing” together.

The pair had come up with the idea of combining both their surnames so their future children would be known by their new family name.

“We had this idea — we kind of combined our last names,” Brooklyn revealed to Variety magazine.

“I was just like, ‘Oh, we could start a new thing, and it’ll be so cool to have our own kids and have little Peltz Beckhams running around.'”