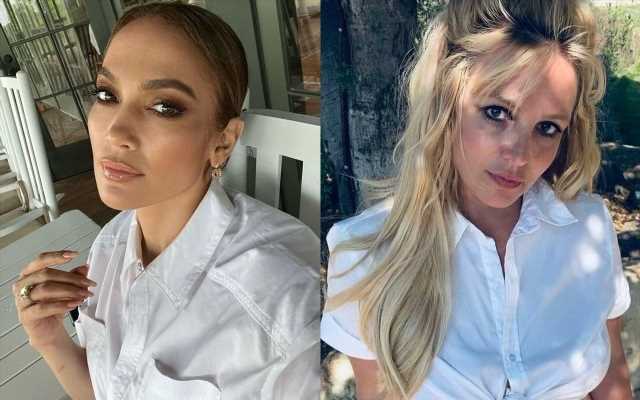 The ‘Gimme More’ singer compares herself to the ‘On the Floor’ hitmaker as she opens up about the abuse she had to endure during her conservatorship in a new Instagram post.

AceShowbiz –Britney Spears says in a new Instagram post that someone of similar stature like Jennifer Lopez would never have to endure the kind of rules she had to during her conservatorship. On Sunday (25.09.22), she took to social media to allege that the “Hustlers” actress would “never” be treated the way she was.

The 40-year-old pop star has been pouring her heart out online since regaining control of her multimillion-dollar fortune and various aspects of her life when a conservatorship that had been governed by her family for 13 years was terminated back in 2021.

The “Womanizer” hitmaker went on to allege that her family had “locked her up” before reposting an old post where she referenced the lyrics of her debut single “…Baby One More Time” as she claimed rules of her conservatorship meant that she was forbidden from performing remixes of her signature song on tour.

She added, “After 14 years of telling me no to what I wanted … it’s ruined for me … but that wasn’t the worst part … the worst part was my family locking me up in that place for four months. Jesus Christ.”

“The first three tours I ever did EACH song was a remix so the sound was new for my fans … it was what I was known for … for 13 years I wanted remixes to my songs during the conservatorship … to make the songs and feel new.(sic)”