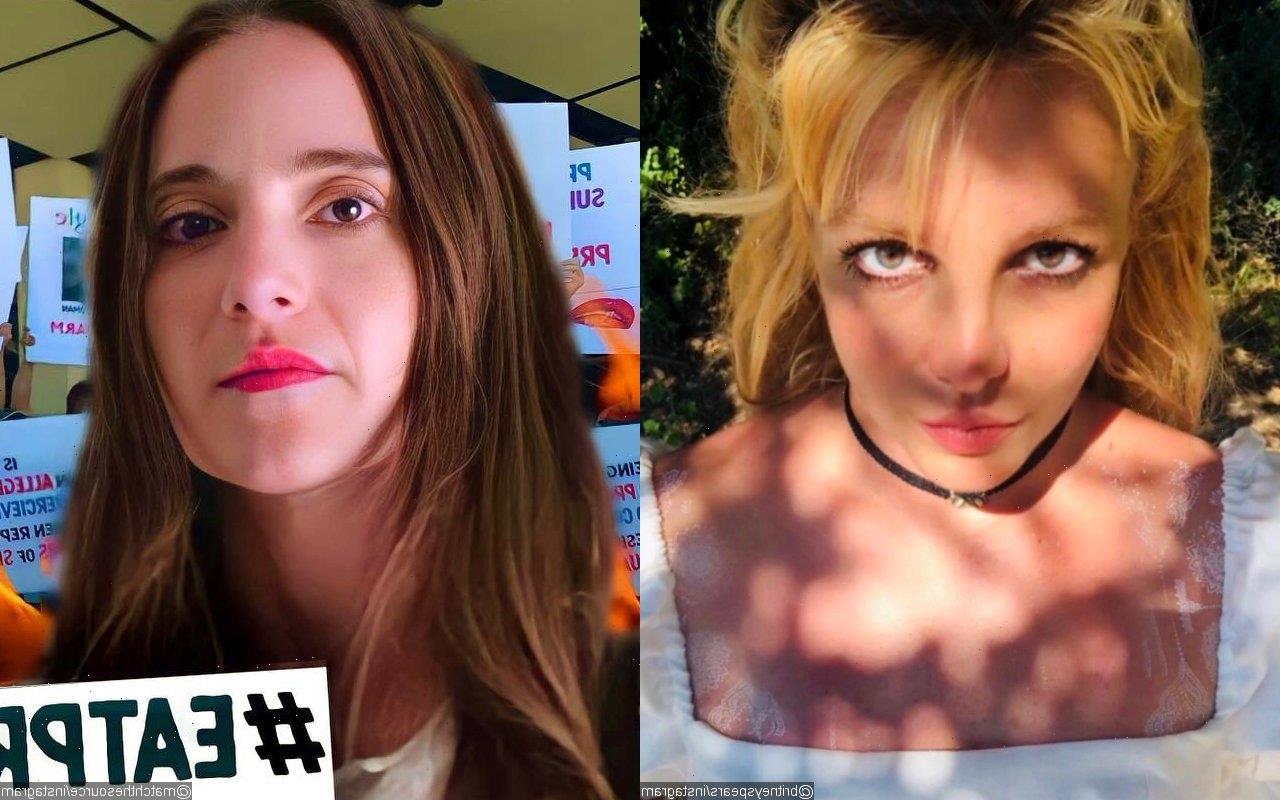 The ‘Lucky’ singer has apologized to the former child actress following the latter’s claim that the pop star confronted her on the set of the 2000s teen comedy ‘Zoey 101’.

AceShowbiz –Britney Spears has apologized to Alexa Nikolas for “traumatizing” her as a child. The pop star is thought to have confronted former child star Alexa, 30, when she starred alongside her younger sister Jamie Lynn Spears on the 2000s teen comedy “Zoey 101” and took to Twitter on Thursday, November 3, to explain herself just hours after Alexa herself had recounted the experience in an interview.

Britney tweeted, “It broke my heart to see your interview about your experience in the business … Hollywood is a place of dreams but let’s be honest … on rare occasions do people come out years later and share the dark side !!! There are thousands of people with broken dreams and I am absolutely in awe of you raising awareness for the next generation on how to be protected …”

Britney said she had apologized to Alexa “personally.” She added, “just by ‘instinct’ my heart at the time didn’t know how incredibly good my family was with the ACTING LANGUAGE !!! Just imagine … me visiting my little sister on her set, last day of shooting, bringing Sprinkles cupcakes … 9 months pregnant, hormones raging like hell and the assistant director lan witnessing Jamie Lynn running to me, placing her hands on my knees while I’m sitting down, her sobbing telling me that she’s being bullied on set !!! The assistant director and my mom included in the room were just silent !!! My sister was literally like my daughter growing up … so I apologize for my ignorance for yelling at you when I obviously had no idea what was really going on !!!”

The “Toxic” hitmaker was expecting her son Jayden at the time, whom she has with ex-husband Kevin Federline.

She added, “Jesus Christ … I was pregnant and let’s be HONEST all these moms and dads … ‘THE WATCHFUL WHITE OWLS’ who hide behind the scenes observing their child stars … referring to my mother who should have immediately stepped in and took over the situation … and I told my 9 month pregnant self to sit down, relax and have a Sprinkles cupcake 09 0909 AAA !!! They should have treated me like a guest because that’s exactly what I was !!! It’s always been extremely interesting the situations my family has put me in to make me embarrassed …”

Britney, who regained control of her fortune and aspects of her life when a conservatorship governed by her family was terminated in 2021, went on to imply that media outlets lied that she has “run out of paper” and therefore been unable to complete her tell-all memoir but encouraged Alexa to tell the children’s network Nickelodeon to “kiss her a**” because what happened to her was “beyond it all.”

“I know you have probably heard what happened to me 3 years ago … I wrote 3 different versions of a book and since then, honestly it’s been the hardest thing I’ve ever had to do !!! And if you HAVEN’T HEARD already it’s become a joke because TMZ News says I ran out of paper 09 09 09 …,” so she claimed. “I’m also sure they get a good laugh at seeing me on my Instagram … What was done to me is frankly beyond it all … the way you spoke gave me strength and inspiration but I do write you this message today because I am sorry for ever hurting your feelings !!! You should tell Nickelodeon to kiss your a**!!”

In response to the tweet, Alexa, who also alleged during the initial interview that Nickelodeon had failed to apologize to her, explained that she had been “crying” as she thanked the pop icon for her “kindness.” 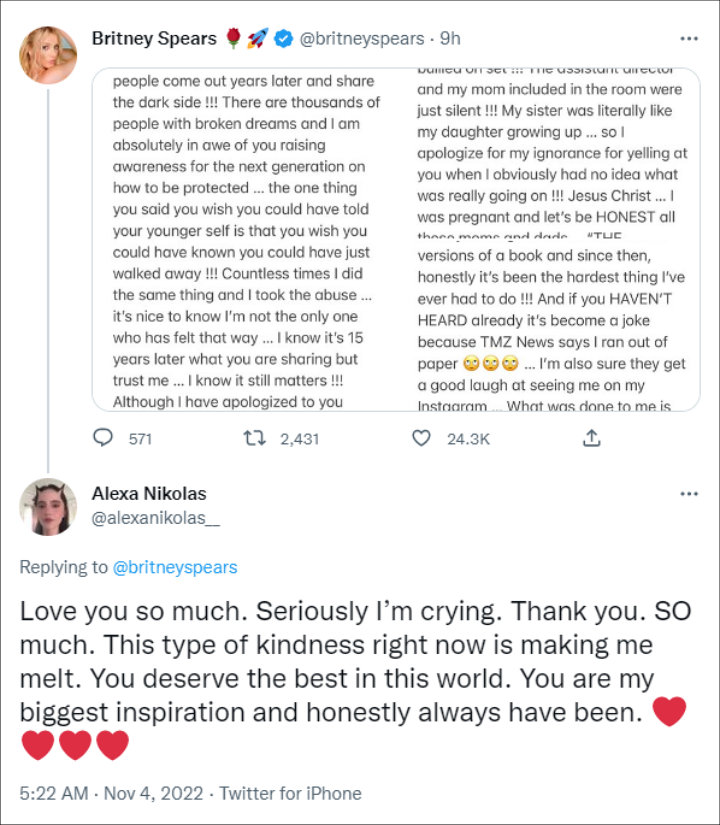 She tweeted, “Love you so much. Seriously I’m crying. Thank you. SO much. This type of kindness right now is making me melt. You deserve the best in this world. You are my biggest inspiration and honestly always have been.”