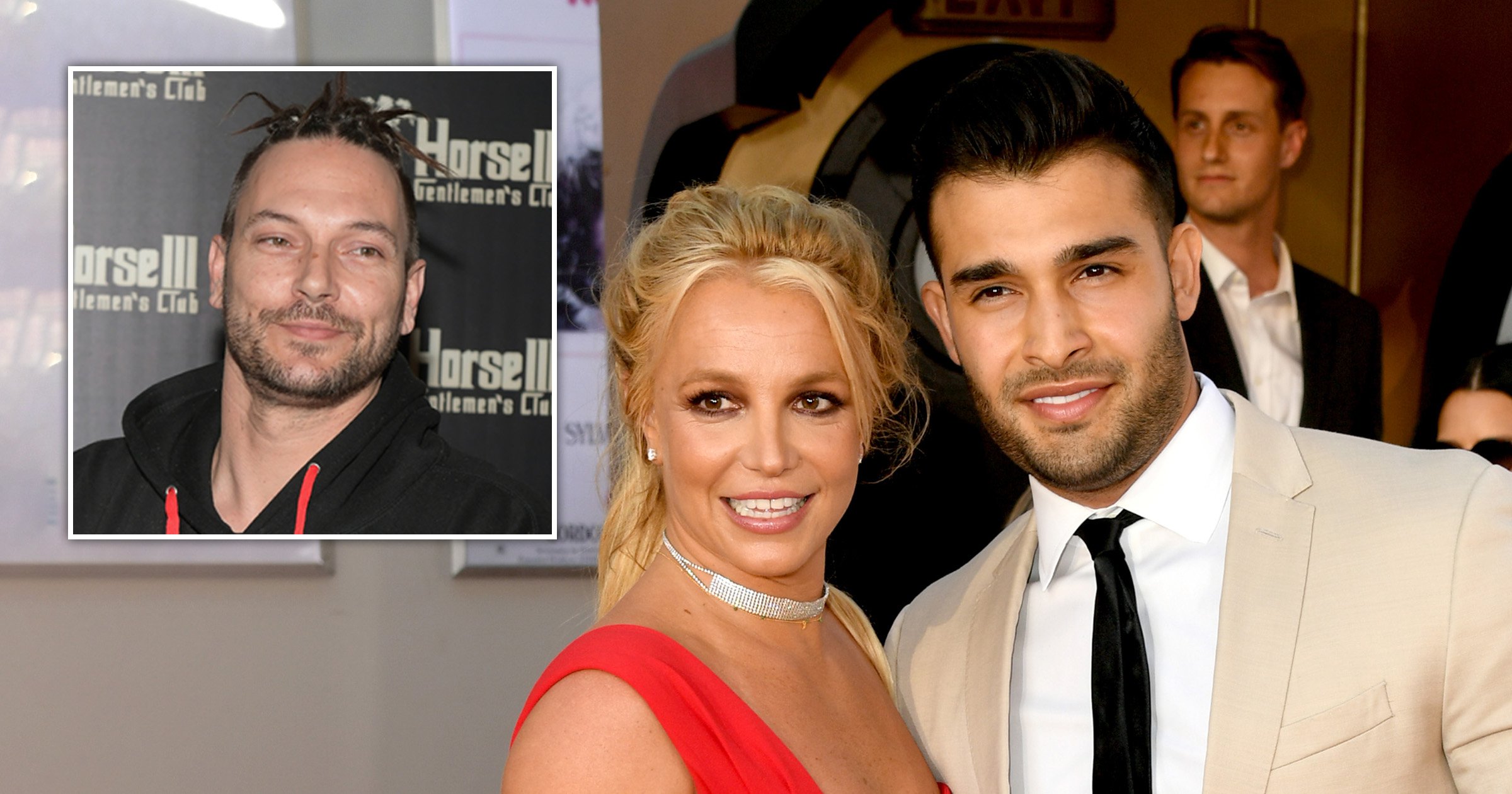 Britney Spears and husband Sam Asghari have fired back at her ex Kevin Federline’s hurtful claims that her sons have ‘distanced themselves’ from the singer.

Former dancer Kevin, who was married to the Toxic singer for three years until 2007, spoke out for the first time in a new interview published this weekend, in which he said their teenage sons, Sean Preston, 16, and Jayden James, 15, have decided not to have contact with her in recent months.

Sean and Jayden were absent from Britney’s wedding with fitness trainer Sam in June, and Kevin suggested it was because the boys have grown ‘uncomfortable’ with the singer’s racy social media content, which has included nude photos.

However, Britney, 40, has slammed Kevin’s claims and wrote in her Instagram stories on Saturday night: ‘It saddens me to hear that my ex husband has decided to discuss the relationship between me and my children … as we all know, raising teenage boys is never easy for anyone … it concerns me the fact that the reason is based on my Instagram … it was long before Instagram.

‘I gave them every thing … Only one word: HURTFUL … I’ll say it … My mother told me “You should GIVE them to their dad” … I’m sharing this because I can … Have a good day folks!!!’

She later added in another lengthy post: ‘In addition to what I said on my story … As their step mom says “whatever is happening outside this home has nothing to do with this home” … I would like to share the door to outside is a token to the white gates I’ve been kept from for 15 years … the  conservatorship has only been over for 8 months !!!!’

The Slave 4 U singer went on to lament the years she was restricted from taking out her own money and questioned whether she really has ‘equality’.

Britney added: ‘Reminder that the trauma and insults that come with fame and this business not only affect me but my children as well !!!! I’m only human and I’ve done my best … I honestly would like to share my two cents !!!!’

Referring to Kevin’s comments about her nude photos, she continued: ‘I daringly would like for the Federline’s to watch the Big Booty video !!! Other artists have made much worse when their children were extremely young !!!!!

‘During my conservatorship I was controlled and monitored for nearly 15 years … I needed permission just to take Tylenol !!! I should embark on doing waaay more than going topless on the beach like a baby !!!!! I’m not surprised that just as my family did their share of interviews, they will too.

‘I’m not surprised at all with their behaviour and their approach to what I’ve had to deal with.’

Kevin was granted sole custody of Sean and Jayden after Britney filed for divorce in 2006 and around the time she experienced mental health struggles, leading to a judge to implement a strict conservatorship to manage her finances and well being overseen by her father Jamie Spears.

After a lengthy legal battle, a judge terminated Britney’s 13-year conservatorship in November 2021.

Britney’s husband Sam also addressed her former husband’s bombshell interview, and wrote in his own Instagram stories: ‘There is not validity to his statement regarding the kids distancing themselves and it is irresponsible to make that statement publicly.

‘The boys are very smart and will be 18 soon to make their own decisions and may eventually realise the “tough” part was having a father who hasn’t worked much in over 15 years as a role model.’

He then claimed: ‘Kevin’s gravy train will end soon [which] probably explains the timing of these hurtful statements.’

Sam, 28, explained that he has no personal relationship with Kevin and ‘nothing against him aside him [choosing] to vilify my wife’.

The actor continued: ‘His character is revealed by approval of the cruel 13 year [conservatorship] and his loyalty to Jaimie indicates his approval at time of its conception as well.” The trainer concluded by stating that he is suspicious of anyone who saw the conservatorship in a positive light.

‘Things that are now considered normal issues and behavior easily dealt with therapy or other ways were magnified to justify a 13 year prison sentence.

‘Anyone approving of it is wrong of benefiting from it somehow. I will not comment on this matter except to say I have a job.’

Sam later said he ‘wish[ed] [Kevin] the best’ before referencing Will Smith’s now-infamous line: ‘Keep my wife’s name…… out your mouth.’

In his interview with ITV News, which has been published by the Mail Online, Kevin, 44, said: ‘There were a lot of things going on that I didn’t feel comfortable with. They tried to give her the benefit of the doubt but at the same time, I can tell that sometimes, it hurts to be in that position.