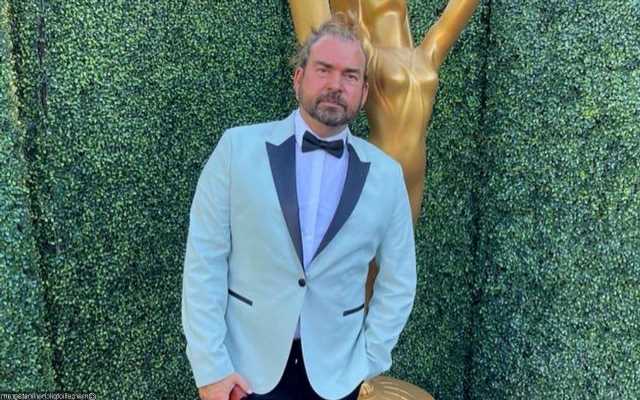 The hair and makeup artist passed away three weeks after winning the outstanding period and/or character hairstyling at the Creative Arts Emmy awards for his work on the hit Netflix series.

AceShowbiz –Marc Pilcher has passed away. The hair and makeup artist died after losing his battle with COVID-19 three weeks after he won the Creative Arts Emmy award for his work on “Bridgerton“. He was 53 years old.

The makeup designer died on Sunday, October 3. According to his agency Curtis Brown, he was double vaccinated and had no underlying health condition. “It is with the deepest of hearts we confirm that Marc Elliot Pilcher, Academy Award nominee and Emmy Award-winning hair and makeup designer/stylist, passed away after a battle with COVID-19 on Sunday,” his family said in a statement via his agent.

“Glamorous and extravagant, he brought his flair and style to every design,” the statement continued. “Never limited in his thought process for his creations, he pushed boundaries and created work never realized before.”

Following his sudden passing, “Bridgerton” producer Shonda Rhimes took to her Twitter account to express her condolences. “The passing of Marc Pilcher is beyond words,” she began. “I will forever be in awe of the incredible hairstyling and makeup work that he brought to ‘Bridgerton’. My heart goes out to his loved ones as we lost him way too soon.”

Also mourning over Marc’s death was “Bridgerton” star Nicola Coughlan. “So heartbroken by the loss of Marc Pilcher, the brilliant and visionary Hair and Makeup designer for ‘Bridgerton’ Season One,” she wrote alongside a photo of her late friend in an emotional tribute via Instagram. “Marc was so passionate about his work and so tremendously talented. Not even a month ago he won his first Emmy award.”

Nicola continued, “It’s a tragedy that he’s been taken so young when he had so much yet to do.” The Penelope Featherington depicter on the hit Netflix series further elaborated, “Please also use this as a reminder that Covid is still a very real and present danger, please get vaccinated and mask up to protect yourself and others.”

“My heart goes out to his friends and family, especially to his wonderful team Lynda, Lou, Adam, Hollie, Tanya and Claire,” Nicola concluded her heartfelt message. “He loved and cared for you all so much and my heart goes out to you all. Rest in Peace Marc [love].”

Netflix also shared a statement that read, “We are saddened by the loss of Marc Pilcher.” The note went on praising the late makeup artist, “A phenomenal talent, his work on ‘Bridgerton’ season one was unrivaled, and he was a much-loved member of the crew. Our hearts go out to his family and friends at this time.”

Marc took home the prize for Outstanding Period and/or Character Hairstyling at the Creative Arts Emmy Awards, which took place across two nights on September 11 and 12. For the star-studded event, all attendees had to provide proof of vaccination as well as a negative COVID-19 test. However, it’s reported that he fell sick shortly after he returned home.