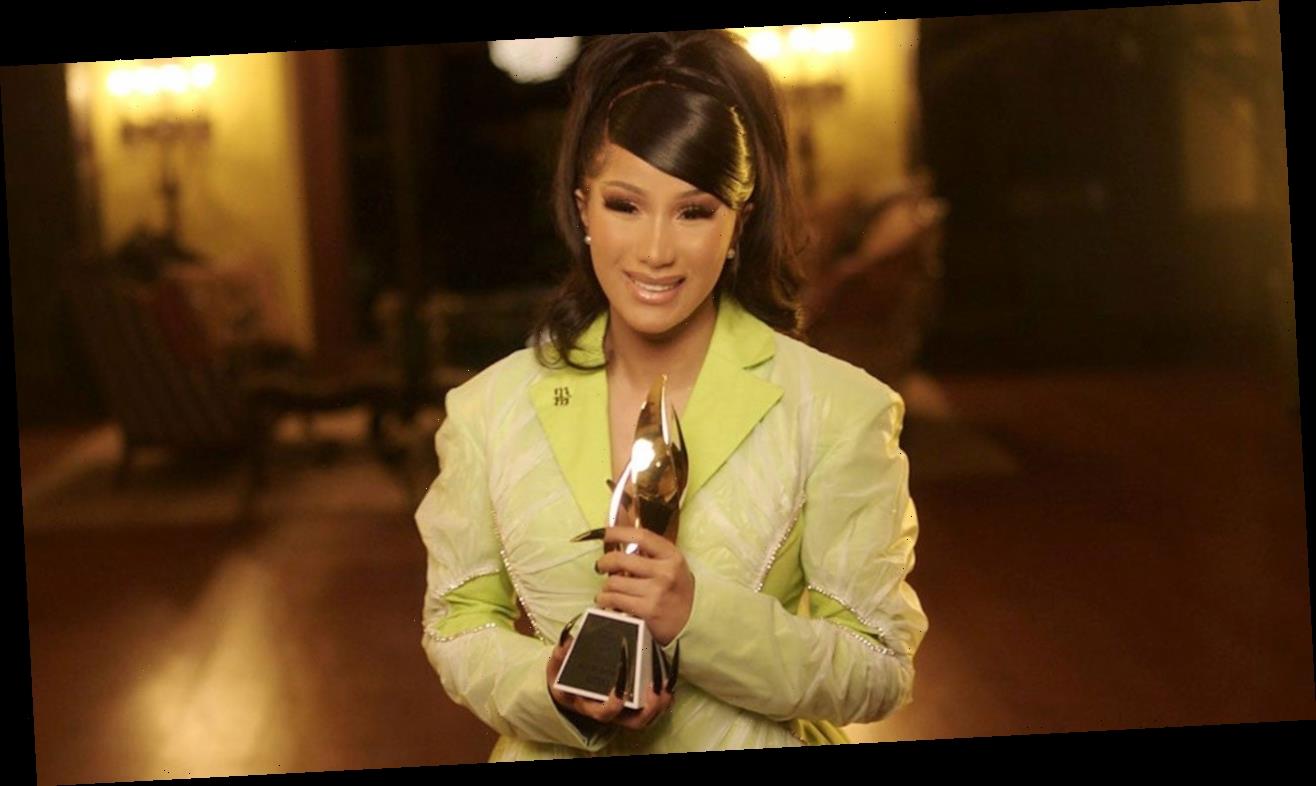 After a year of mega-hit songs and high-profile political engagement, Cardi B was honored with the Woman of the Year honor at this year’s Billboard Women in Music event. In recognition of her outspoken political activism, the rapper was presented the award by Tamika Palmer, the mother of the late Breonna Taylor.

“One of Breonna’s most outspoken advocates over the past nine months has been Cardi B,” Palmer shared in a recorded video presentation. “From the beginning, Cardi has used her platform to spread the truth about what happened to Breonna and to reaffirm that Black women’s lives matter.”

“Cardi B’s impact reaches far beyond music,” Palmer continued. “That why I am so proud and honored to present Billboard’s Woman of the Year award to Miss Cardi B.”

Breonna Taylor’s Mother, Tamika Palmer, presents Cardi B with her Billboard ‘Woman of the Year’ award:

"Cardi B has used her platform to spread the truth about what happened to Breonna & to reaffirm that Black women's lives matter." pic.twitter.com/mAMaHxyuRA

Taylor, an emergency medical technician with no criminal record, was shot and killed in her Louisville, Kentucky home during a police raid in March. Officers used a no-knock warrant to enter the home, looking for Taylor’s ex-boyfriend.

Taylor’s death was one of many examples of police brutality and system racism in the justice system that sparked widespread Black Lives Matter protests and demonstrations across the country earlier this year.

Cardi was among the many celebrities, and perhaps one of the most persistent and outspoken, when it came to calling for justice for Taylor and calling out system inequality.

During her acceptance speech on Thursday, the artist opened up about the hardships and challenges that have plagued 2020, and how her song “WAP,” with Megan Thee Stallion, managed to become a cultural touchstone — in part because of its unapologetic message.

“This year, when it came to music, I had so many things planned, I had so many projects that I wanted to come out,” the rapper shared. “Unfortunately, due to COVID, I couldn’t put out the visuals the way that I wanted, it messed up my creative space… everyone this year was just messed up.”

Cardi said she was therefore even more “grateful and thankful” for getting to put out “WAP” this year, and the conversation and dialogue it lead to.

“Not only was it an amazing song that broke so many records, but it was a conversation that I never thought was going to be so big,” she explained. “I mean, it pissed off a whole bunch of Republicans for no reason… It was just weird.”

Cardi also shared her advice and her words of support for other women trying to make it in the music industry, or pursuing any dream at all.