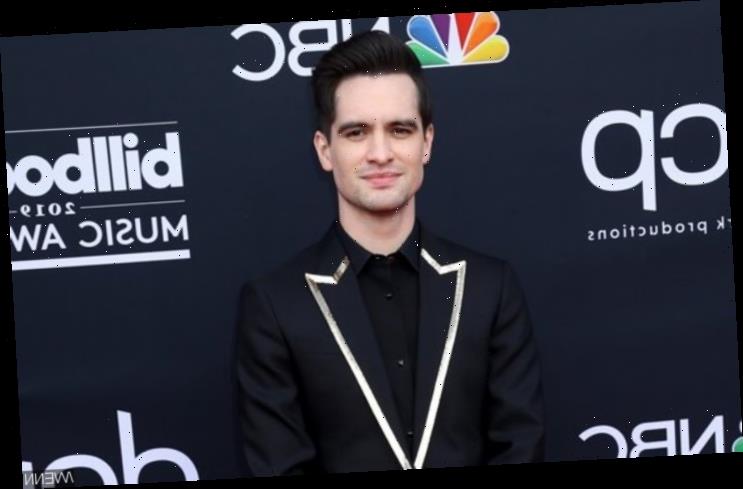 One of his alleged victims claims that the Panic at the Disco member ‘kissed on my neck and trying to move his hand to my a**’ when she attended his show in Cleveland.

AceShowbiz –Brendon Urie found his name trending on social media on Thursday, August 13, but it’s not for a good thing. It’s all because a couple of people came out with allegations against the Panic at the Disco member.

Kam, one of the people who accused Brendon of doing inappropriate things to him, created an anonymous account to share his story that allegedly took place at the Coca Cola Zero Music Festival in South Africa back in 2009. He said that he ran into the rockstar and his security guard on his way home and had a little chat with him.

Kam, who was still an underage at the time, alleged that things started to “get a bit weird” after Brendon thanked him for coming to watch his set before “looking at my body in a way which made me feel very uncomfortable.” It got even worse after Brendon allegedly asked the boy if he was into dudes and tried touching his thighs even though he had already told Brendon that he was still a minor. Before things got out of hand, Kam ran away.

“I’m not majorly traumatized by this event but I do tense up whenever I hear about Panic or Brendon, mostly because I fear he harassed others the same way he harassed me,” Kam said in one of the tweets. “I’ve wanted to share my story for years now but I never had the courage to do so until now.”

Meanwhile, another person who goes by the name Leah said similar things happened to her when she went to a concert in Cleveland in 2011. At the time, according to her, Brendon invited her backstage and had a casual chat before things got out of hands. “He started to kiss on my neck and trying to move his hand to my a**. At this point, I was stunned and I couldn’t move,” she recalled what happened when she was just 15 years old. “After he tried touching on my v****a, I snapped back and ran out of there.”

Brendon has yet to break his silence as more people urged him to speak up.