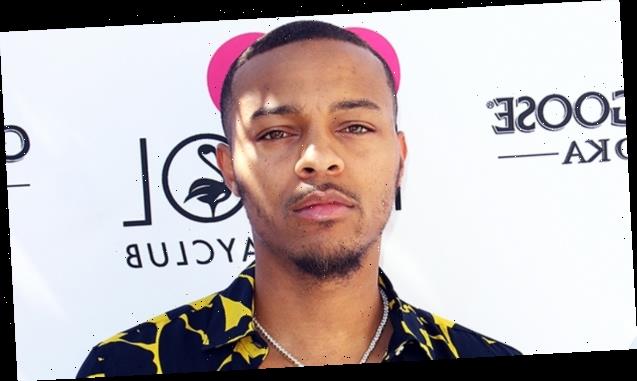 Bow Wow raps about a baby boy in his new song, ‘D.W.M.O.D.’ and his not-so cryptic lyrics have fans thinking that he’s admitting to having a secret son.

Shortly after Instagram model Olivia Sky claimed that she had a baby with Bow Wow, the 33-year-old rapper has seemingly to the allegation with a new song. Bow Wow (real name Shad Moss) dropped a snippet of his new track, “D.W.M.O.D. (Dealing With My Own Demons)” on Instagram, which heavily implies that he did, in fact, father a son. The lyrics begin with him saying his nine-year-old daughter, Shai Moss, asked him about having a “brother.”

Bow Wow raps: “Shai asking about a brother, I don’t know what to say / That’s gonna be one of them talks we have face to face / I’m looking in his eyes, I’m trying to see me in ‘em / I’m peeping on the swag and see the resemblance / Seen the boy three times, why would I lie? / Baby mom brings him through so we can spend some time / And if he’s mine, I’m stepping up / Kobe set that example, you know I send my blessings up / I told you dealing with me was going to be hard to do (facts).”

The clip ends there. The Growing Up Hip Hop star doesn’t definitively confirm that he had a baby, nor does he mention Olivia — at least in the snippet. He captioned the post, however, “D.W.M.O.D (Dealing With My Own Demons) I’m finally letting you guys in. Don’t do interviews really but I put my life in my music. The answers are there if you LISTEN carefully.” He used innumerable crying and nose-blowing emojis, as well.