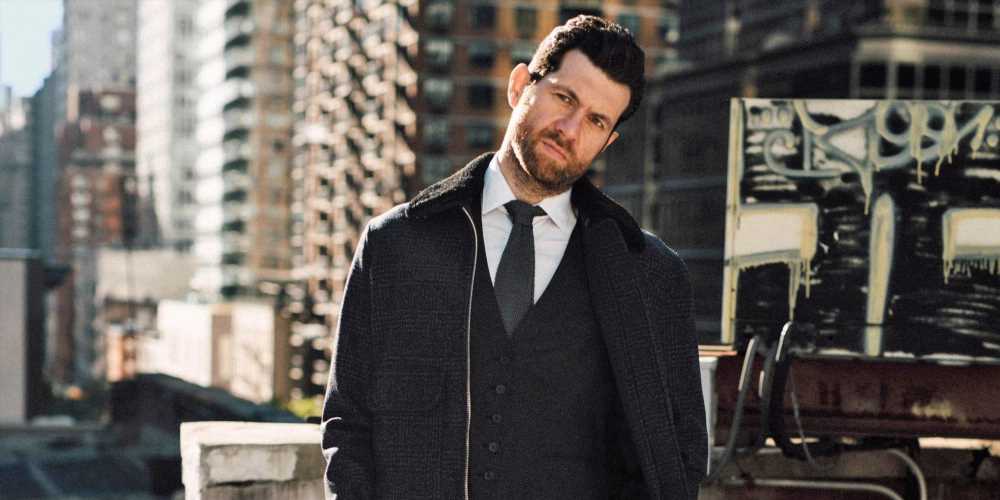 The two most fundamental things that made me who I am were my late parents and the fact that I grew up in New York City. I come from several generations of tried-and-true New Yorkers. My grandparents and my dad lived in the Bronx. My mom was from Brooklyn. I was born and raised in Forest Hills, Queens. And like many kids who grew up in the outer boroughs, I spent a lot of time romanticizing Manhattan. To this day, there is nothing more magical to me than driving across the 59th Street Bridge and seeing the city skyline.

For the first 10 or so years of my life, I watched my mom get dressed up every day, get on the subway, and make her way to the World Trade Center, where she worked for the phone company. We were a middle-class family, but I thought it was the height of sophistication that she worked in such an iconic building. Back then, the World Trade Center would sometimes hold cultural events, and my mother would take me into the city with her to see exhibits of artfully constructed puppets or whatever was on display that week. I can still vividly remember going to her office holiday parties and up to the WTC observation deck. After she passed away in 1999, I kept a close connection to the buildings. As a teenager, I went to Stuyvesant High School in Battery Park, where you could see the Twin Towers from the windows. And after I graduated from college at Northwestern, I was determined to live in Manhattan, so three friends and I found a small loft on Greenwich Street, literally in the shadow of the WTC, a block away.

Coincidentally, on September 1, 2001, my best friend, Robin [Lord Taylor], and I moved to a different apartment on 30th Street and Ninth Avenue. And 10 days later, 9/11 happened. We just missed it somehow, by sheer luck. I was doing my struggling actor-writer thing at the time, so I was home when it happened. I'll never forget when a friend called and said, "Turn on the TV — a plane just crashed into the World Trade Center." It was horrifying, but it felt like a random act. And then I saw the second plane hit, and like everyone else, I realized it was not an accident.

What I saw in the days that followed 9/11 was how incredibly resilient New York is. There's not a city in the world that unites the way that we do after tragedy. We saw it in 2001 and again during the pandemic. New Yorkers can be blunt. They're very honest. They're rather unfazed by crazy situations that would shock other people, including me sometimes shouting nonsense on the street. But despite all of the personal, social, and economic challenges, we maintain a sense of humor and a self-awareness that life is short and absurd and sometimes horrifying and unjust. And yet you just have to keep going.

The city has been through a lot. I want to give New Yorkers some time to walk around in peace.

I've always said that Billy on the Street is a strange love letter of sorts to the people who walk these streets: rich, poor, every race, ethnicity, religion, gender, sexual orientation — those New Yorkers were always the stars of the show. And what I've learned after years of filming here is that under the sometimes gruff surface, you'll find the funniest, smartest, and most optimistic people, and that's why it remains my favorite place in the world.

Now, I'm not saying everything's always hunky-dory — we have our dum-dums too because it's New York and we have everyone. And the city is in need of all kinds of reform. But considering how many different types of people are crammed together, we do a pretty good job of embracing each other. The diversity of the performers and artists who somehow, with all the economic strain, still figure out a way to live here is incredible. And for me, that makes it the most creatively inspiring place to be. When I'm in L.A. I'll sit and try to write a script and it's like pulling teeth. But the second I come back home, I just leave my apartment, start walking around, and immediately things turn on in my brain. I'm so grateful that this city has always provided that for me and still does.

As New York reopens, I've been asked if Billy on the Street might come back, and my answer is that the city has been through a lot. I want to give New Yorkers some time to walk around in peace without a mask on and without wondering if they'll get shouted at about Mare of Easttown's Emmy chances by a tall, Jewish gay man. But maybe one day I'll hit the street again. Because the city is already coming back. We're watching restaurants reopen and Broadway return. And I already know it's going to be bigger and better than it was before. New Yorkers know no other way to do it.

As told to Jennifer Ferrise.

Eichner can be seen next as Matt Drudge in Impeachment: American Crime Story, premiering Sept. 7 on FX.

For more stories like this, pick up the September issue of InStyle, available on newsstands, on Amazon, and for digital download Aug. 13th.