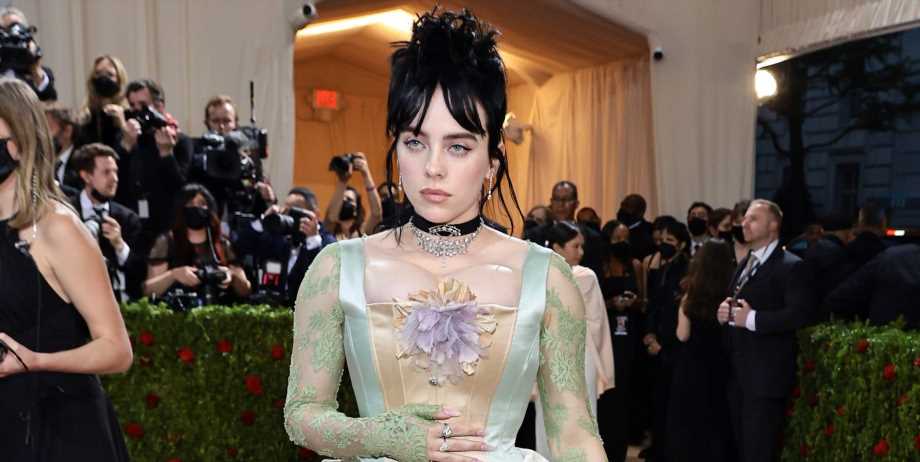 Considering her jaw-dropping look last year, we expected big things from Billie Eilish at the 2022 Met Gala and…she delivered! Billie showed up in a stunning Gucci ’fit that looks like it’s fresh off a Bridgerton episode. The flower! The pastel hues! The necklace game! The lace shoulders! The hair! Ah! 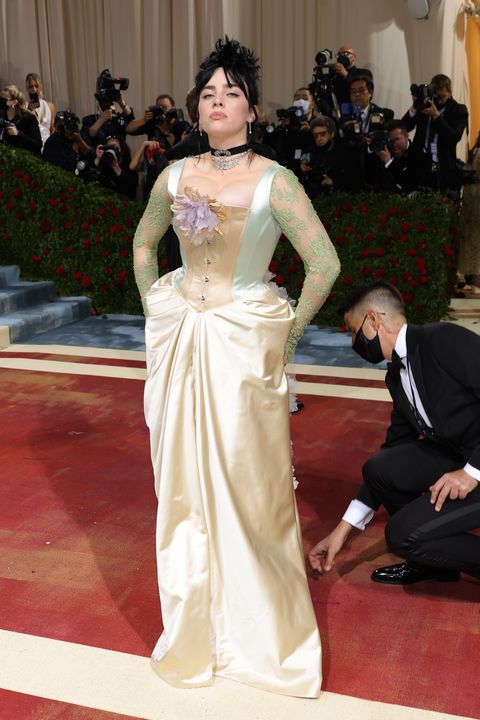 Here’s a closer look at her hair and makeup: 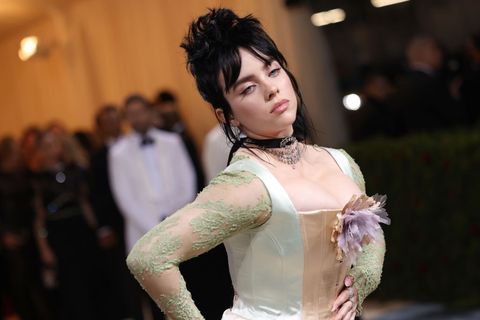 This is a pretty big departure from Billie’s outfit last year (when she cochaired the Met Gala), which paid tribute to old Hollywood and was a super-classic and dreamy Marilyn Monroe–inspired gown designed by Oscar de la Renta. 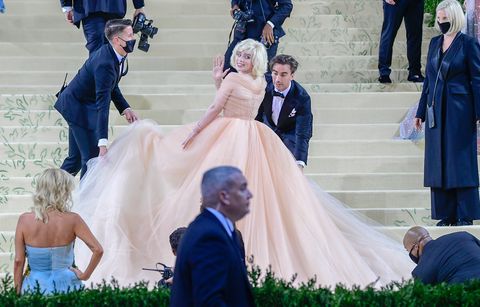 Her stylist for last year’s event, Dena Giannini, said, “Billie had planned to go to the Met Gala for the first time before the pandemic happened. She had always dreamed of wearing a proper ball gown—particularly something corseted, thanks to her love of Barbies growing up—but she thought that it might be in an acid green colorway or something along those lines. After her British Vogue cover, though, her style began to evolve. After reviewing about a million images together, she and I decided that it had to be Oscar de la Renta for the Met Gala.”

Loved her look in 2021, but this year’s vibe is even more jaw-dropping!