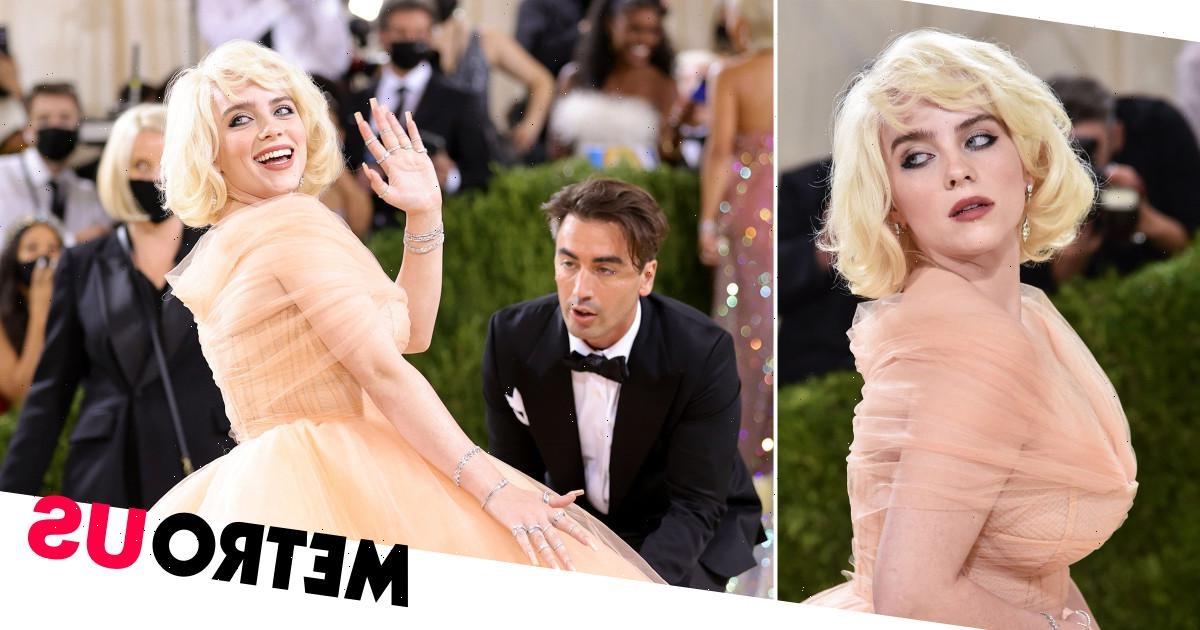 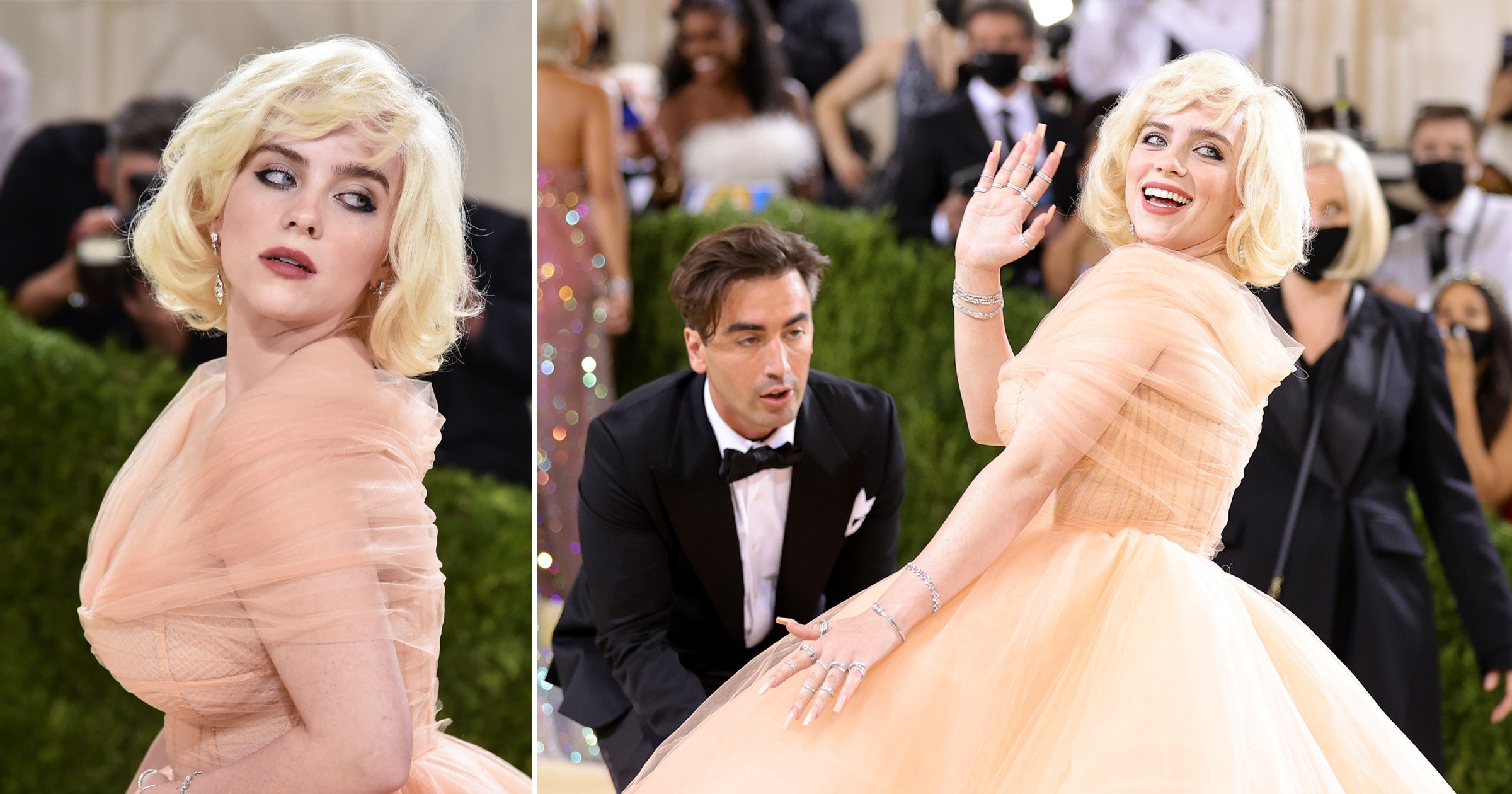 The Met Gala 2021 red carpet has begun – and Billie Eilish has absolutely slayed in a stunning ballgown look that has seen the musician transform into an homage to Marilyn Monroe.

The red carpet for fashion’s biggest night out is underway, with stars including Timothée Chalamet, Lil Nas X, Dan Levy and Naomi Osaka showcasing their striking looks for the photographers at New York City’s Metropolitan Museum of Art.

One of the biggest standout moments of the night was 19-year-old Billie, who made her way gracefully up the steps in a tulle gown designed by Oscar de la Renta.

With her perfectly coiffed blonde hair, the Bad Guy singer was the spitting image of Marilyn, as the cameras snapped away to capture every spectacular angle.

While being interviewed by red carpet host Keke Palmer for the Vogue livestream, Billie explained that it was ‘time’ for her to display a glamorous look such as this one.

While Billie was a dead ringer for Marilyn at the event, she shared that the inspiration behind the look as Holiday Barbie, which was her ‘favourite thing in the world’ as a child, which she asked for every Christmas.

Billie, who won two awards at last night’s VMAs, astounded her dedicated fans with her gorgeous take of the Met Gala theme ‘In America: A Lexicon of Fashion’.

‘We can all agree that Billie Eilish saved the Met Gala this year,’ one person tweeted.

‘BILLIE OH MY GOD THE MARILYN MONROE VIBES!!!’ someone else exclaimed.

Another fan stated that Billie ‘understood the assignment’ – and that she definitely did.

I’m in a fairy tale in which Billie is the main character,’ someone else wrote.

Billie is said to have made a very specific demand to Oscar de la Renta in order to agree to wear the fashion house’s gown at the Met Gala.

She reportedly demanded that the label stop production of all fur products and cut ties with any fur licensing companies.