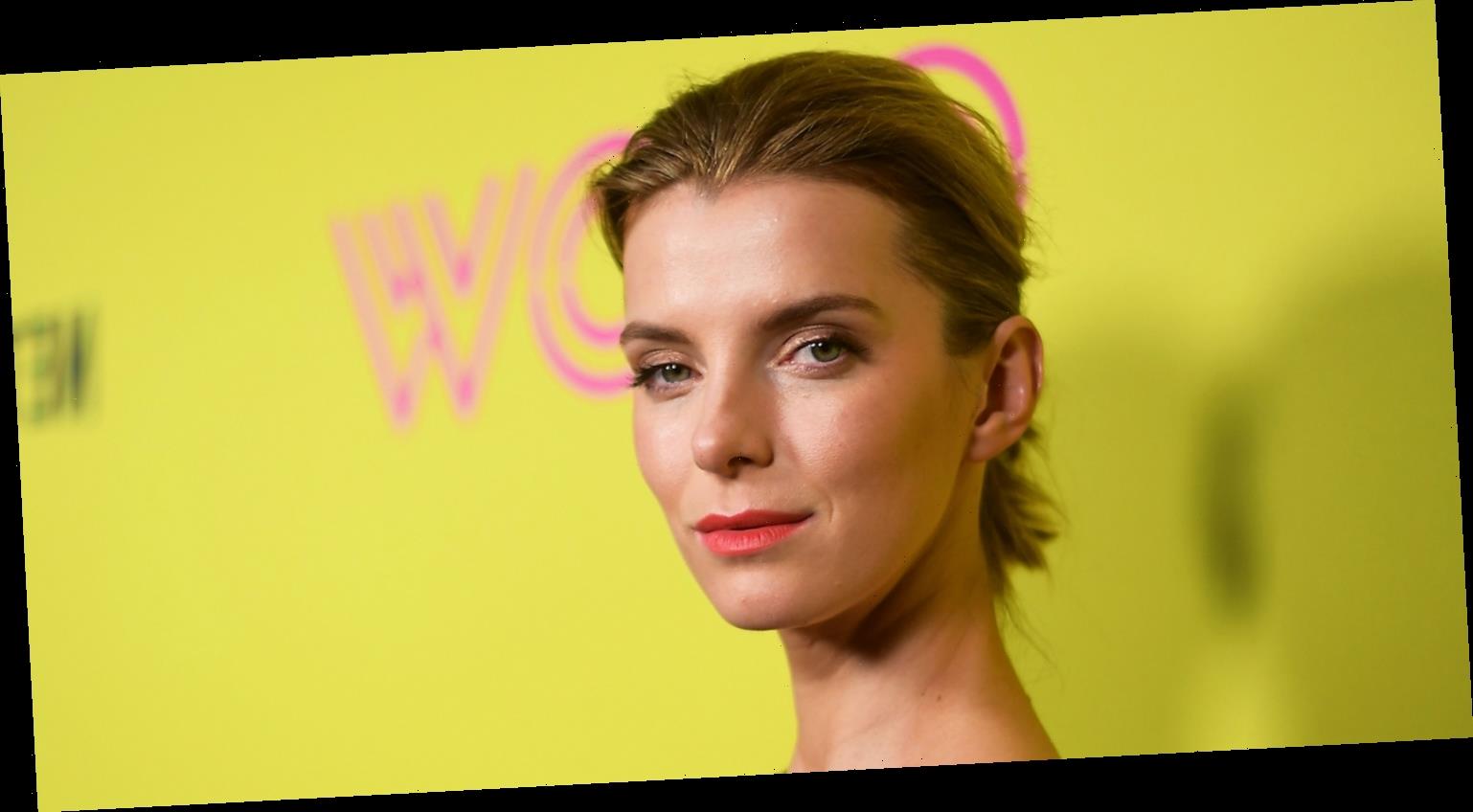 Betty Gilpin is reacting to the cancellation of GLOW.

The 34-year-old actress, who played Debbie “Liberty Belle” Eagan on the comedy, wrote heartfelt goodbye letter to her show after Netflix decided to cancel it after three seasons.

“GLOW was canceled,” Betty wrote in Vanity Fair. “I am sad. It was the best job I’ll ever have. Our business is a strange mix of attempting childhood dreams to a room full of asleep people and shirking dignity for awake tomato-throwers for rent. This was one of those extremely rare times where we got to do the dream for awake people. And it didn’t disappear in an audition room or unsent email. We did it on a show, recorded it all, I swear. Thirty episodes.”

“Panicked that I was never going to be able to support myself as an actor, a decade ago I did an arc on a show where you saw my areolas before you saw my face,” Betty continued. “Avoiding eye contact with ancestors’ ghosts, I bravely signed on to press my taint against the lens every four frames for Chipotle and weed money, while the other actors did real scenes in between. But there were two lapsed playwright-genius women on the writing room staff, and they went against the bro mandate and slowly changed the part to an addled character actor instead of a blow-up doll to boost ratings. I would cry into their scripts on the subway, clinging to their subliminal I see you.”

Betty went on in her letter to thank show runners for casting and paid tribute to all of her GLOW co-stars, in particular Alison Brie.

“In a world with so much wickedness, I am so very grateful I got to spend three years in Oz,” Betty concluded. “And in a real backhanded All About Eve move, in this metaphor I’m going to cast myself as Dorothy and Alison Brie as the Scarecrow. Because of course I’m going to miss you most of all.”

This fellow GLOW star is hoping the show gets the chance to wrap up the series with a movie.