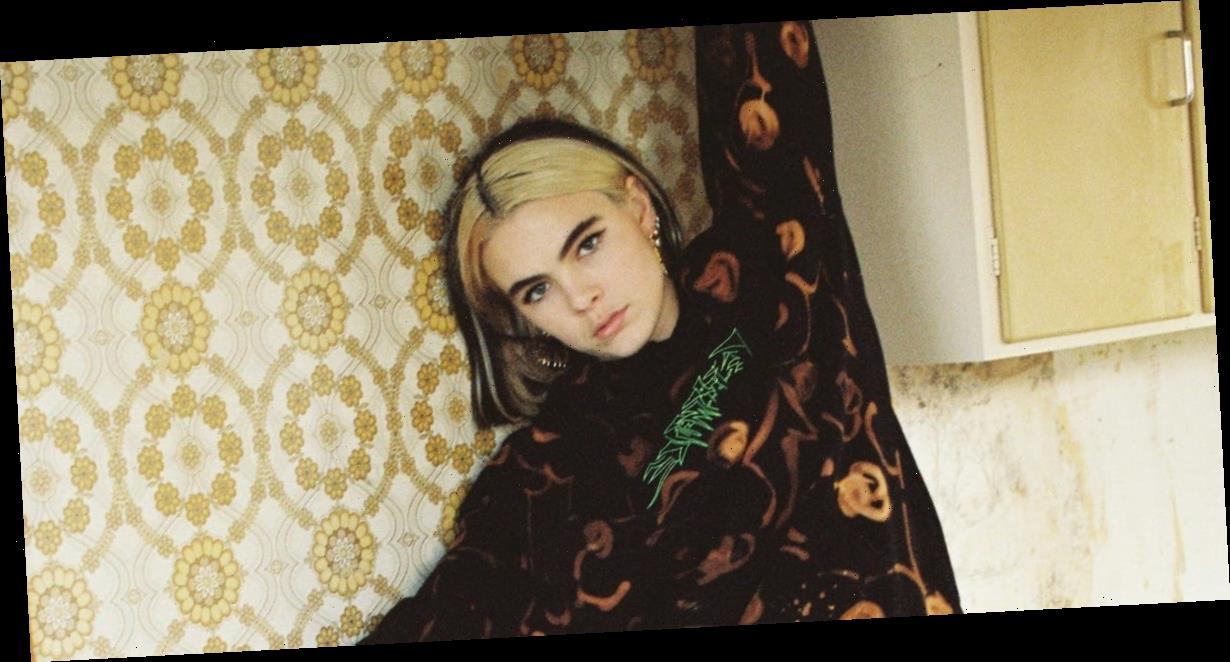 BENEE is a Gen Z-born, intimidatingly cool singer-songwriter with ever-changing hair and a smash record.

So, on the surface, it may seem natural to compare her to artists like Billie Eilish, Melanie Martinez, or fellow New Zealand-bred wunderkind Lorde.

"I even had some horrible old radio presenter here being like, 'Oh, she's like a knockoff Lorde or something,'" BENEE says during a Zoom interview with Insider. "I was just like, 'Shut up.'"

Truthfully, the 20-year-old rising star only resembles these beloved artists in that none of them are easily copied or defined.

And within this genre-fluid generation, hardly anyone is blending sounds and emotions quite so nimbly as BENEE —  whose breakthrough hit "Supalonely" is a poignant meditation on inadequacy, disguised as TikTok choreography bait.

"Of course, I have no problem with being compared to Lorde," she explains. "I just think it's silly, because the people that I'm being compared to are doing very different things, and they're all very much their own kind of artist."

You'll notice — and BENEE has — that people rarely have the same instinct to compare male artists.

"Maybe some of the dudes are all writing about the same bloody thing: b—-es and drinking, straight up," she laughs. "Which I have no problem with, and I listen to a lot of that kind of stuff. But I do think about that [double standard]. It's kind of sad."

"I would make mud pies and stuff," she says, chuckling. "I learned to play the saxophone when I was 8 and did play the guitar, so I was always around music and surrounded by creatives."

BENEE said she was always a "visual learner," due in part to her dyslexia, and full of physical energy. She excelled at team sports and "always loved, just, to sing."

As a tween, she refused to sing for anyone — until she won an award that kicked her passion into overdrive.

"I was like, 'Oh, maybe I'm not that bad at this kind of thing,'" BENEE says. "Yeah, I think that was when I realized that I loved it, and maybe people didn't hate my voice, which was nice to know."

At just 18 years old, BENEE (then known as Bene) began attracting eyes and ears with her second official single, "Soaked," which has been certified double-platinum in Australia. Her fourth single, 2019's "Glitter," went the same way.

BENEE released her second EP, "Stella & Steve," on November 15, 2019. But it wasn't for another four months that "Supalonely," the EP's second track featuring Gus Dapperton, would become the preferred soundtrack of TikTok's most famous dancers — including the app's reigning queen, Charli D'Amelio.

March 2020, the month of lockdowns and existentialism, may have been the weirdest possible time to become a musical phenomenon.

But even today, billions of streams and a handful of awards later, BENEE seems unfazed.

"It's all very chill," she shrugs. "It's nice to be from New Zealand, I think, because no one here is a huge deal. They are in the rest of the world. You have Lorde, but when she's here, she can walk on the street without being bothered. So I feel like it's a nice kind of environment to be in, especially when you have crazy stuff happen."

"I think the people around me remind me that I'm a normal person, who just maybe has something cool going."

During our 30-minute conversation, I count four different times in which BENEE uses the phrase "It's all very chill." On the cusp of releasing an edgy, indie-pop treasure and garnering potential Grammys recognition, she is instinctively self-deprecating and reflexively polite.

She demurs at my suggestion of an impending best new artist nomination, shrugs off the concept of post-"Supalonely" pressure, and peppers our conversation with the word "pardon?"

"Listen, if I compared my new sessions that I'm doing now to the success of 'Supalonely,' and I was out here trying to make another thing that would blow up, I feel like I wouldn't be making music that I want to make," she explains patiently. "So I try not to think about that."

"It's just going into a session," she continues, "and experimenting, and trying to make a song that feels really right, and then releasing it. That's what happened with the album."

'Hey U X' is a spectacular debut, full of contradictions and expert songwriting

BENEE says she always begins a song with lyrics, while her producer, Josh Fountain, helps execute her envisioned "vibe."

The album kicks off with "Happen to Me," a retro-rock glide that boasts a stunning guitar loop — one that bands like Fleet Foxes or Beach House would be jealous of.

"I think I allowed myself to become pretty vulnerable whilst writing it," she says. "I mean, I talk about anxiety and depression in that one, which is something that I haven't sung about or written about before."

"Originally, maybe my manager was like, 'Really? Do you want to start off with that one?' Because it's probably the saddest one," she adds.

But in contrast to a stereotypical sad-girl album, no one could ever get bored or lost amongst these 13 songs.

BENEE skates easily from the spaceship party music of "Sheesh," which features vocals and production from Grimes, to a '70s guitar riff on "Kool." "Same Effect" has a hopeful, slightly mischievous gleam, while "If I Get to Meet You" bounces and skitters.

The album manages to feel both experimental and consistent. Despite the risk of sonic whiplash, every song is anchored by BENEE's elvish voice and shrewd writing.

Every line feels accessible and true, though not every line is deeply personal. "A Little While," the only song that BENEE wrote and produced entirely by herself in lockdown, is a fictional love story.

"I didn't really have any romance going on or anything, so I decided to make one up," she grins.

Other details that seem fantastical are actually rooted in fact. In the opening lines of "Winter," BENEE sings, "Zombies tryna sleep / Zombies surround me / I'm out of place, I feel so weak, people staring at me."

"The zombies were the humans in LA," she explains. "And I love LA. Do not get me wrong. I've been there since, and I've enjoyed myself thoroughly — but I was a little bit depressed last year, around the time when I went to make 'Supalonely' and stuff."

"I just felt very alone, and just really wanted to leave basically and go home to New Zealand. And it was really hot there," she continues, nodding to the lyrics, "Something here doesn't feel right / My skin burns, I start to cry."

"I think it was more that maybe, I felt like a zombie there," she adds, apparently lost in thought. "I think it was just that thing of: you're walking around a place, you don't know anyone, you're not comfortable, and you also are not mentally stable."

The album ends with "C U," a dreamy, acoustic guitar-driven farewell. And its outro, the final lyrics you hear, are deeply appropriate: "I'll see you / I'll catch you 'round."

"It's kind of like, wrapping it up and saying, 'Thanks for listening,'" BENEE says.

"It's also that thing of not being able to see anyone at the moment. I can't go out to the rest of the world and see any of my fans. So it's kind of a nice goodbye, for now."