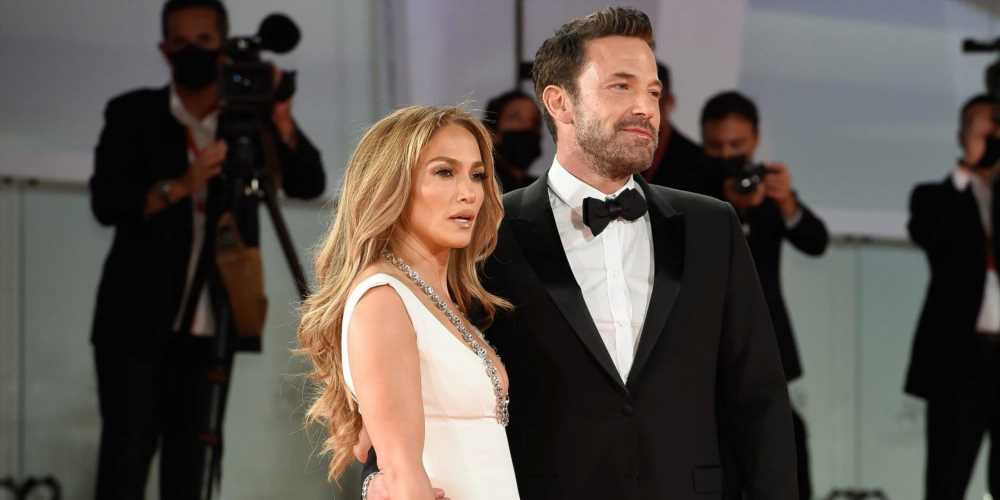 While Jennifer Lopez and Ben Affleck aren't shy about showing the world just how in love they are, it's rare that they speak about it — but in a new interview with Adweek, Affleck opens up about the sheer power that he knows Lopez has and it's something that he knows he can't come close to.

The publication spoke with Lopez, her manager Benny Medina, and Affleck about the superstar's incredible reach and her one-of-a-kind ability to set an example as a powerful, driven woman. Affleck said that he was "in awe" of Lopez's effect on the world and how he's seen women approach her with both gratitude and admiration.

"All I can tell you, is that I have seen firsthand the difference representation makes," he said. "Because I have seen, over and over and over and over, women of color approach Jennifer and tell her what her example as a strong woman and a woman succeeding and demanding her fair share in the business world means to them." He went on to say that Lopez inspires a huge number of people who could otherwise feel underrepresented and that it's something few people have ever done. He admitted that it's a power that he'll never have and that he's happy to just watch her work her magic and succeed in her endeavors.

"I am in awe of what Jennifer's effect on the world is. At most, as an artist, I can make movies that move people. Jennifer has inspired a massive group of people to feel they have a seat at the table in this country," he added. "That is an effect few people throughout history have had, one I will never know and one I can only stand by and admire with respect."

Lopez and Affleck recently made their return to the red carpet at the Venice International Film Festival, where she gushed over his new movie, The Last Duel, proving that the power couple's love and respect for each other goes both ways.

"I'm so excited for you guys to see this movie!! It's the first script Matt [Damon] and Ben have written together along with Nicole Holofcener since Good Will Hunting!! And it's amazing!!" Lopez wrote on Instagram. "The acting by the whole cast is fantastic. Jodie Comer plays the lead and she is awesome!!! It was a magical trip and I hope you enjoy the pics!!"