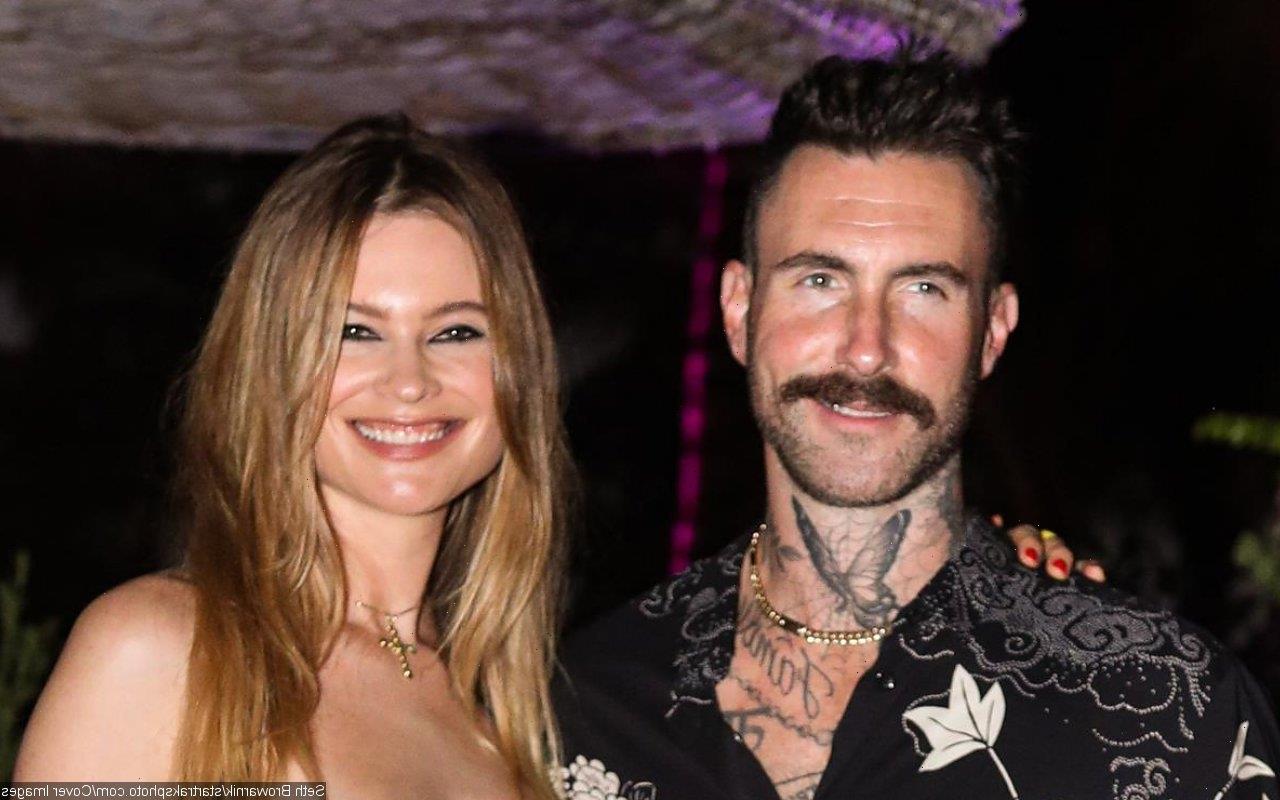 The former Victoria’s Secret Angel, who is pregnant with their third child together, reportedly ‘feels they are happily married and is shocked to find out what was going on behind her back.’

AceShowbiz –Behati Prinsloo believes Adam Levine when he says he did not have a “physical affair.” The 34-year-old model is expecting her third child with her Maroon 5 star husband Adam and while she is “upset” following accusations that he has been “flirtatious” with several other women, the pair are reported “happily married” even though she has been stunned by his actions.

A source said, “Behati is upset but she does believe him that there was no physical affair. They have been together this entire time. She feels they are happily married and is shocked to find out what was going on behind her back.”

The “Payphone” hitmaker has so far been accused of sending flirtatious text messages to four women and, although one of them accused him of having a physical affair with her, the insider went on to explain that while there are “no excuses” for his behavior, Adam is “upset” that his family have been “hurt.”

The source told E! Online, “There are no excuses for his inappropriate behavior but he says it was nothing physical. He’s disappointed in himself and upset that he has hurt his family like this. It’s a wake-up call and has made him realize that he has a lot to work on.”

The comments come just hours after the “Moves Like Jagger” singer, who tied the knot with former Victoria’s Secret Angel back in 2014, took to Instagram himself, where he explained that while he used “poor judgment” in sending the text messages, he did not have an affair but admitted he had “crossed the line.”

The 43-year-old father of two said, “A lot is being said about me right now and I want to clear the air. I used poor judgment in speaking with anyone other than my wife in ANY kind of flirtatious manner. I did not have an affair, nevertheless, I crossed the line during a regrettable period in my life.”