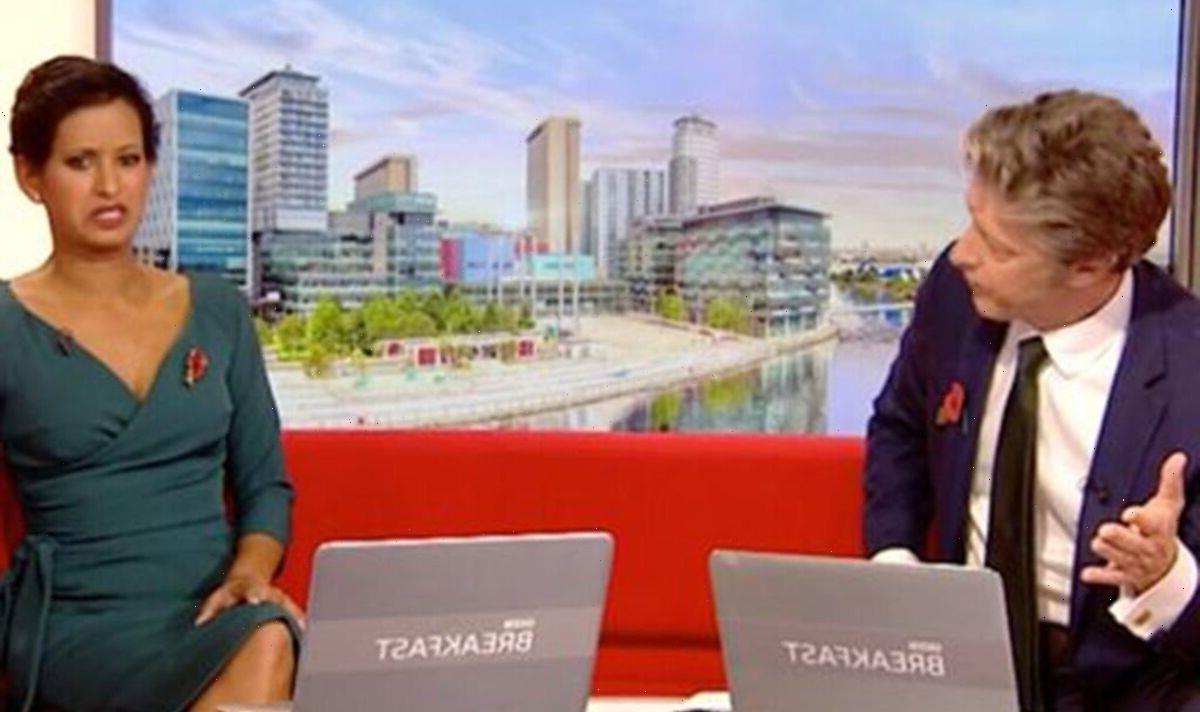 Charlie Stayt, 60, joined BBC Breakfast in 2006 and still presents on the show now Thursday to Saturday alongside Naga Munchetty. The TV duo have a great relationship on and off-screen, however this relationship doesn’t always go smoothly on live TV.

On a few occasions, Naga has put her colleague in his place during the morning BBC show, showing off her no-nonsense attitude.

This happened in April where Naga increasingly turned her disdain to her co-presenter.

During the show they provided a light-hearted segment about the World Scotch Pie Championships.

As Charlie explained the different categories, Naga interrupted: “You can’t just sit here and read a list and not discuss the list!” 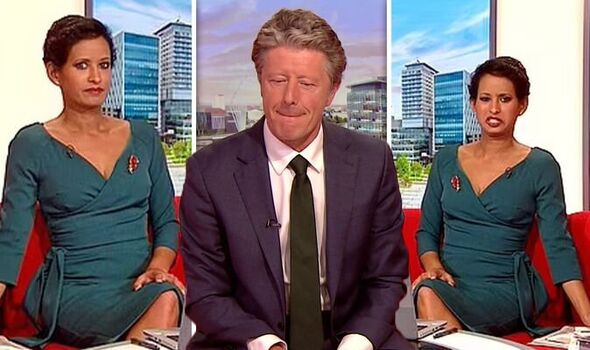 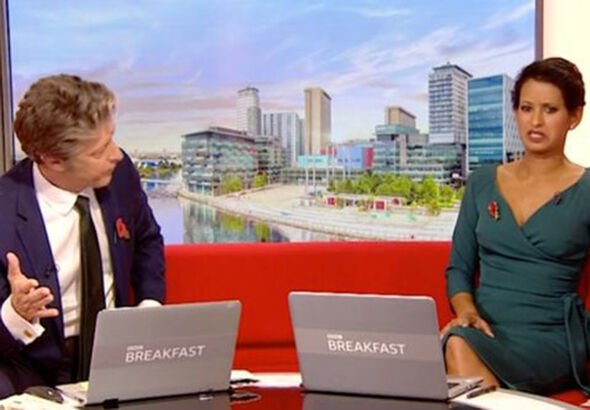 Her repeated interruptions were accompanied by a scornful look.

That was not the only awkward moment on the April’s programme when they interviewed Olympic swimmer Adam Peaty.

Adam was discussing his new suit, with Charlie saying that he “wouldn’ carry it off very well”.

Naga again, chimned in: “Everyone agrees, by thy way.” 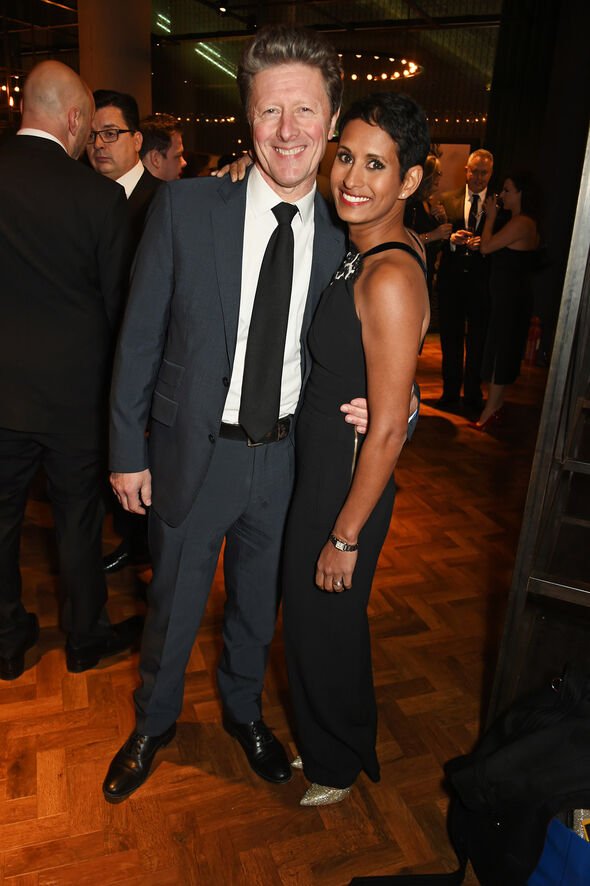 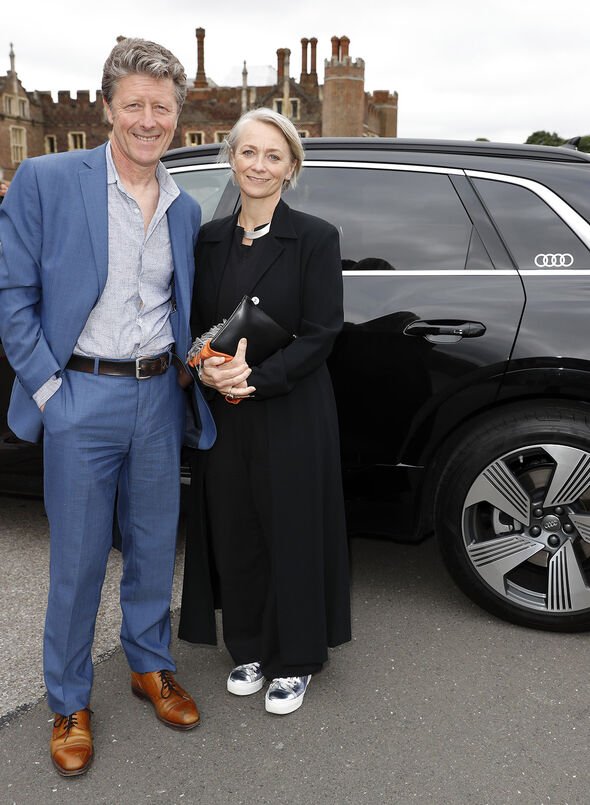 However, despite rumours and social media discussions, the BBC have confirmed there is “no credibility” in rumours of a friction between the presenting duo.

Naga and Charlie have not stopped with their awkward moments, with one taking place this weekend on the show with lewis Capaldi.

As the interview came to an end, Lewis told Charlie: “Can I just say you have lovely hair? We were saying it outside.”

The BBC Breakfast guest joked: “A wig, is it?”

“I didn’t say that,” Lewis remarked. “It looks great.”

“You’ve got great hair too,” Charlie commented before Lewis high-fived the presenter.

Lewis asked the presenter to repeat her question before adding: “I thought you said, Would I like a r*m?’”

“We’re going to have a little word with Lewis,” Naga stated.

As the presenters held in fits of laughter, they brought the interview to an end and moved forward with the next segment.