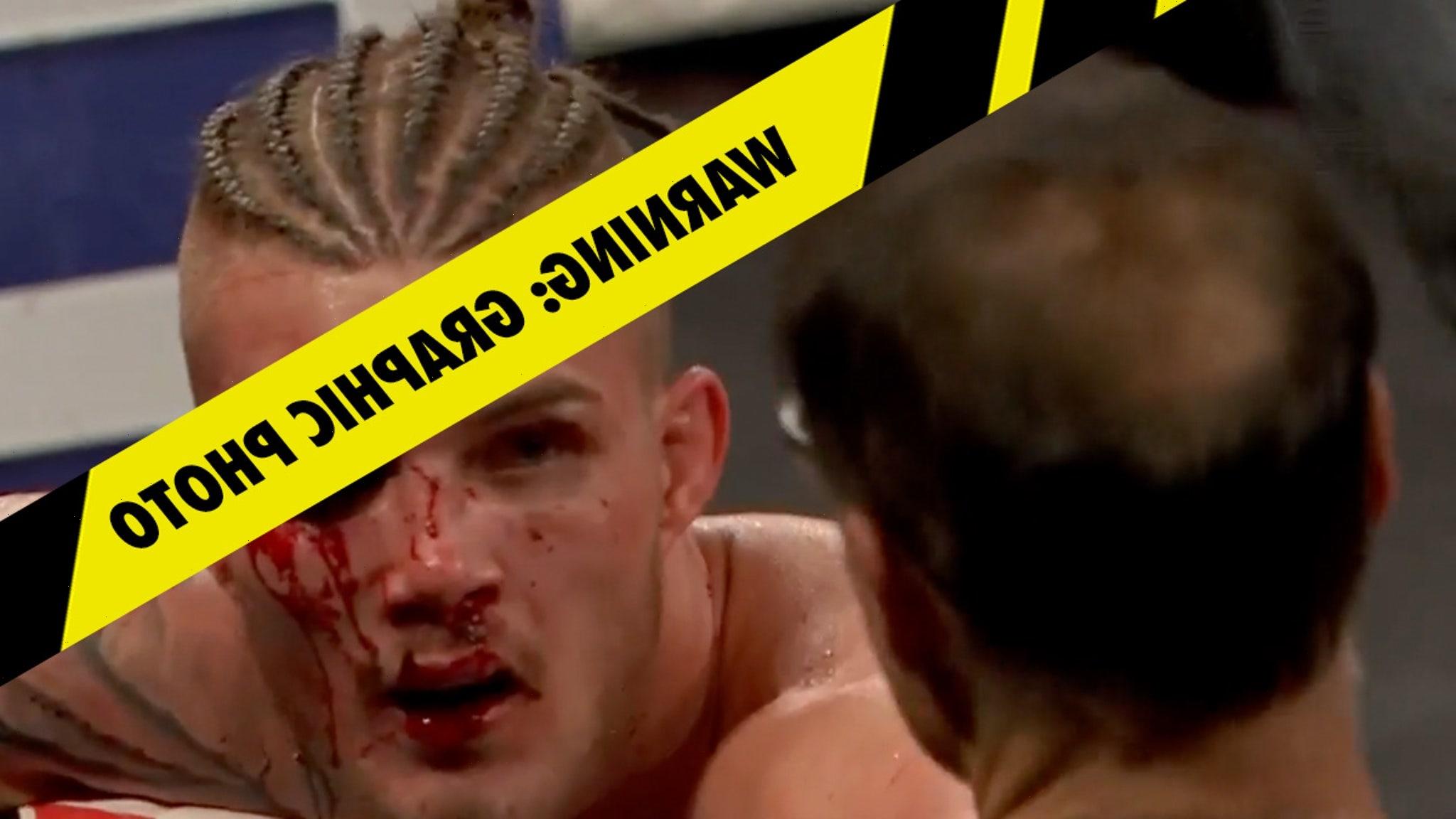 Nash was fighting fellow bare knuckle boxer Noah Cutter … when the horrific injury, a gash to his eyelid, happened in the ring.

In the pic (look if you dare), you can see the gruesome eye injury up close and personal. Nash is bleeding profusely from his left eye, and appears unable to open it.

Despite fighting with only one eye, Nash showed tremendous heart — somehow making it to the fifth and final round of the fight — before it was ultimately stopped by officials.

It was Nash’s first professional loss.

The silver lining … if fans didn’t know Jordan Nash before, they certainly do now.